Other Records by Lambchop 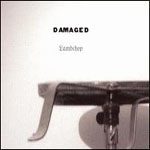 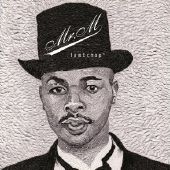 Lambchop is not a band interested in hitting anyone over the head with greatness. In fact, one might listen to their latest record, Mr. M, once and not think too much of it—might listen to a bit of it, stopping impatiently in the midst of the halting quiet that is “Mr. Met,” or at the too-smooth instrumental “Gar.” But the thing about Lambchop ? The wonderful, rewarding thing about Lambchop is they absolutely do not need anyone to like them in any immediate manner. They are, for lack of a better phrase, in no rush, and sometime, maybe days later, is when some sliver of a tune emerges in one’s head: some line about a coffee maker, about shiny change on a European street, about a person with button eyes. And it will stick.

I know because it happened to me, with Lambchop’s 1996 How I Quit Smoking. There was this song, “We Never Argue,” that lodged itself irretrievably in my consciousness, inspiring me to push play over and over, like Brian Wilson haunted by the specter of Ronnie. Which is exactly the beauty of this band, displayed once again on the consistently gorgeous Mr. M: their effortlessness manifest as something hypnotic; a deceptive simplicity at their heart that sets them apart from so many chamber-folk-like band less trusting of their songs’ ineffable cores.

Mr.M is Lambchop’s eleventh studio album, and it’s not much a departure from their recent work (or anything they’ve done in their career, for that matter), and one shouldn’t expect anything different—think less than Nixon (2000) but more than the pared-down Is a Woman (2002). They’re using a lot of strings here, but it doesn’t define their sound so much as supplement the band’s usual groove, and typically the phrase “a lot of strings” keeps me skeptical at best considering rock’s historically proven positive correlation between ego, cocaine, and orchestra size (see Oasis’Be Here Now [1997]). But Lambchop is a special case, pulling out strings to the almost opposite effect, which renders anything decidedly too much as understated, almost a lullaby. Album highlight “If Not I’ll Just Die” suggests at its outset the opening of an old Sinatra-like tune, but instead of a crooner we’re—thankfully—offered the syllable-swallowing frontman Kurt Wagner, whose gentle, half-spoken vocals anchor every one of his songs, aided by his lyrical focus on the sometimes mundane, often strange details of life.

Wagner’s voice, though always distinctive, sounds extremely fragile on Mr. M; usually restrained, he’s downright brittle here. But it doesn’t much matter, as the band’s arrangements are lush and achingly beautiful, and the lyrics, when intelligible, are both witty and, at times, oddly specific, particularly on perhaps the record’s most coherent story-song “Buttons,” in which Wagner sings about a fucked-up friend and his ex-girlfriend, but only gets so far before admitting that “I was a pretty big prick back then, too.” Though not all songs come together like “Buttons,” they are reliably evocative, as in “2B2” (Took the Christmas lights off the front porch / February 31st”) and the upbeat, country-inflected “Gone Tomorrow”: “This was their last night on the continent.” “Gone Tomorrow” is one of the most interesting songs on the record, its offbeat imagery (“the wine tasted like sunshine in a basement”) and rambling guitar sound grinding to a halt midway through when the song glides into a sweeping, cinematic string arrangement. Songs with a tendency to drift, like “Mr. Met” and “2B2,” commingle nicely with more focused efforts like “The Good Life (is Wasted),” “Buttons,” and the luminescent “Never My Love,” a rare straightforward love song that feels straight out of an old-time movie. It’s a balance that makes for a predictably well-paced and rewarding listen.

Mr. M is something to behold in its details: the kind of record that seems to open up gradually over time, graceful and pretty sure but brimming subcutaneously with many yet-undiscovered pleasures, be it a clever turn of phrase, the barely audible plucking of a harp, or the charming way one melody floats into another. This restraint makes Lambchop a great band—and we should all fear the day Wagner attempts something grand and audacious.