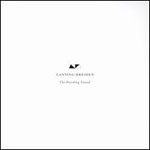 Tweet
What do we do with ruthless self-promoters like NYC-based art-collective Lansing-Dreiden? The band this review concerns is part of that collective, but the collective isn't just a band. And while we don't really need to take account of their other multimedia projects to review this music (a position I'm forced to take anyway, since I'm not familiar with it), it is difficult to ignore the conceptual apparatus which the band -- and indeed any large-scale collaboration which names itself a "collective" -- evidently wants as a framework for the reception of individual work.

Even a cursory introduction to the collective's "platform" suggests a desire to have some vague, allusive mystique pinned to that work, which may be the reason they never conduct interviews or play live. The introductory statement on their website reads: "Lansing-Dreiden see no difference between art and commerce -- or anything else." Besides the statement's rather disingenuous retread of well-worn artistic icons (Andy Warhol and Aleister Crowley come immediately to mind), it doesn't even seem to fit with their refusal to present themselves in public (I mean, isn't that bad commerce?). But while the smoke and mirrors can be difficult to get by, its lack of cohesiveness tempts me to conclude that this is really just another kind of hype: an attempt to elevate the band above the over-saturated indie rock marketplace.

But even if all their manifestoes translate to little artistic substance, you can always shut them out and just concentrate on the music itself, which is often quite good. Well.maybe you can't ignore the conflicting messages entirely, but any disunity only spills over into the music insofar as the band seems to inhabit a number of paradoxes: shimmering surfaces through dense, layered production; or the retrospective sounds of '80s synth-pop through contemporary, almost futuristic-sounding technology. The opening title track starts with light polyrhythms and swelling synths which give way to sharp post-punk guitars while distant, effects-laden vocals proclaim "If your side is shaking, hold on / You see the centre is growing strong." Typically, it's hard to pick out any lyrics in the haze; there seems to be a recurring theme of lines, shapes, borders, and various metaphysical abstractions that hint at a wider conceptual theme.

For the most part, however, The Dividing Island succeeds as a strong pop album with a predisposition towards '80s new wave bands like Depeche Mode and New Order. In comparison to the influence that rawer post-punk bands from that era seem to hold these days, this is fairly rare. The single -- and stand-out track -- "A Line You Can Cross" was a surprising song for 2006, all anthemic falsettos and romantic/gothic ambience. A track like "Part of the Promise" wouldn't be out of place in a Manchester club in the early '80s. Unfortunately, the slower tracks don't work as well, and suggest the band haven't quite perfected their spaced-out ambience as well as their epic new wave gestures. For example, the slick, chilly atmospheres on "Two Extremes" seem like they're covering for a lack of a decent melody or dynamics. The vocalist sounds kind of bored and not really there, as if he's anxiously waiting for the band to pick up the pace again. "Our Next Breath" has the opposite problem of being so packed with stop-start rhythm changes that it doesn't really build any momentum. Then there's closing track "Dethroning the Optimyth." The most surprising turn on the album, you could easily imagine it as a Slayer song with its lightning-quick speed metal guitar and percussion. Lansing-Dreiden, however, manage to adapt it to their own style, with delicate vocals and keyboards adding some interesting counterpoint to the aggressive rhythm.

One could easily argue that this band represents a clear case of style over substance, with its overly-laboured production and distinctly backwards-looking approach to song craft. Still, it's hard to argue with such a finely-tuned machine, particularly one that exudes such an effortless sense of melody and such a broad sonic palette. Maybe with a little more inspiration, Lansing-Dreiden won't have to hide behind their occasionally distancing sense of refinement in the future.