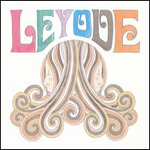 Tweet
One unintentional result of glitch hop, and that I'm calling Leyode that at all has more to do with the lack of a suitable lingua franca than it does the band's addition of hip-hop to its formula of glitch, is that it can sometimes reinstitute the coldness, the detachedness once popularly associated with electronic music by critics struggling to find ways to write about it. Where glitch often shakes up traditional songwriting forms, as opposed to the way outright techno straightens the bends and curves of songwriting structure to facilitate a full-on space-out and dancing, it's also purposefully alienating in places. Some, like the best of Prefuse 73, can use this distancing with the effect of a baseball bat, conjuring images of your stereo equipment being smashed under an attack that comes in unpredictable waves. But much is simply remote and unfocused, impenetrable or counterintuitive, strange considering that at glitch's core is a reexamination of rhythm. It might simply be a comparison with so much of the soulful dance electronica out the last few years, the Hot Chips, Shout Out Out Out Outs, LCD Soundsystems, Justices, and the pending return of an Avalanches renaissance.

So Leyode may have a little bit of difficulty finding their place. Not quite as belligerently technical as to appeal to the masochists and gearheads, not as straight out satisfying as to find its way onto the party mix, theirs is a place they seem comfortable in but not a place from which they can stand out. This is hardly a failing; I found it refreshing to listen to an electronic album that didn't immediately lend itself to dichotomous categorization. The comparison that comes to mind is Savath y Savalas (conveniently featured here), which is Scott Herren more right-brained, intuitive alternative to Prefuse 73, for whom aggression and posture is so much more important.

I'm drawing perhaps too straight a line here. Leyode features a number of female vocals, both cut up, sampled and left untouched, like the mellifluous Sunday afternoon jam of "Irene" (which, along with "Isabelle," reminds me of that other electronic-infused album from this year to make interesting and accessible use of its female vocals, A Sunny Day in Glasgow's Scribble Mural Comic Journal), but is it fair to pay so much attention to the femininity of Fascinating Tininess? One develops the kind of complex usually shared by journalists with an approaching Sleater-Kinney interview circled on their calendar, interviewers who know asking about their sex in connection to their music is tantamount to condescendingly patting them on the head by way of congratulations for making music despite their being women.

Except look at those track titles, and the album's front cover. It's as if to say both sides of the discussion about to take place will be one in the same. "Soft or Gentle," the only of the album's tracks not to be named for a woman, doesn't depart too heavily from the album's formula of faint chop, obfuscating production, beat heavy groove and, yes, female vocals, and so one infers that making superficial observations about how feminine the album seems is acknowledging the superficial nature of Leyode's imposition -- there's nothing about the track listing that will elucidate the music other than that a woman sings for Leyode. Women might be represented here, but not their complexity or autonomy. It's problematic to say that Leyode have made a glitch-hop record about or for women, because to do so assumes that the women it's about or for are all the same. Then again, it's a glitch-hop record: what the hell do I expect? And in that question is the genre's risk of being relegated to guppy status in electronic music's pond.

There have been exceptions, of course. (2003's One Word Extinguisher from Prefuse 73 comes to mind as one of the best abstract breakup albums out there.) But one is left, as one so often is with glitch-hop, returning to the nature and simple placement of the sounds to look for appeal, and in that regard Leyode have written an accessible, though endearingly eccentric, album that neither contributes above and beyond to nor complicates the understanding of its genre.

The opening trio of gals (ignoring the near-useless "Intro") is the album's strongest suite, with "Irene" the obvious single and best song on the album. A lazy circus horn ascends from a hooky refrain. Leyode stretch out their legs later on, "Elizabeth Chateau" briefly using a sample of an airline stewardess to touch on the idea of departure, explored the same way with as quick a glance as on a number of electronic records and displaying the same strange fascination so many electronic artists feel about interstitial spaces. "Eileen" is then either vast or schizophrenic, depending on your perspective and patience, but doesn't wander too far from that unifying beat the album uses throughout to tie together its more far flung sonic elements. From one track t the next, we're moved with appeasing steadiness from one mid-tempo groove to groove, each as individually listenable as they are enjoyed interdependently.

The album doesn't do as much as it can with its glitch until Herren's contribution to "Hassami," which oscillates with noncommittal tread before multi-tracked vocals, clearly the focus (and also the only male vocals to be found on the album) propagate in the foreground over a purposefully thin beat. That female voice, which is so clearly the sonic centrality of the rest of Fascinating Tininess, is then perpetually contained, controlled and directed down glitch's blind alleys in the album's best two minutes. The outro to "Hassami" is captivating stuff; one can't help but wonder at the precluded sounds, the underlying hesitation to allow the female voice just one second of sonorous freedom. On an album that seems the one side of either a duet or an argument, "Hassami" ends with a counterpoint, a single moment of difference in what Leyode have made a monoform.

I've drawn two distinct levels on which to approach Fascinating Tininess and, granted, if one doesn't plan to write a thousand words about the album and plans to, y'know, just listen to it, then it's well above average; I've been playing it consistently since receiving it, and can tell you that there is enough buried texture and hooks to move it well out of the pile of CDs that only last two weeks in one's listening cycle. The sounds here are the groundwork, and the loose thematic tie-ins the interesting, if not impeccably executed, icing on the proverbial cake. Fascinating Tininess sounds cool enough to bring you back; but after peeling back the layers of those sounds, don't be surprised to find only the album itself staring back at you, self-perpetuating, and no prolific payoff.