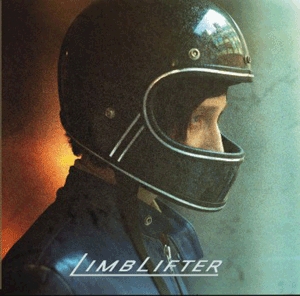 Tweet
If you're Canadian, I'm willing to bet you've heard of Limblifter. It's especially hard to have not heard or read something about them at some time in your music-loving lifetime, as they're relative darlings to the music media in Canada. What does surprise me is their constant presence in used CD stores and/or bargain bins at HMV or equally douchebag-like music purveyors. Hell, a former member of Limblifter (Kurt Dahle) is in the New Pornographers, and that should count for something, right?

To date, this once side-project had released two very disparate albums. Their first, 1996's eponymous debut, was released while two principle members of the band were also in Canadian power-pop outfit Age of Electric. The brothers Dahle (Ryan and Kurt) proved that they could helm their own band, but they admittedly didn't take Limblifter---the band or the album---seriously. Limblifter had a spontaneous feel throughout the record, resulting in an ego-free 40 minutes of power-pop at its finest. After the breakup of AoE, Ryan Dahle took his "side-project" and transformed it into his full-time gig. What resulted was 2000's somewhat flaccid effort Bellaclava. Though sporting one of the catchiest singles in Canadian pop, "Ariel vs. Lotus," the album lacked direction and musical focus despite the time that Ryan Dahle put into the songs, once again proving the law of diminishing returns. It was shortly after Bellaclava's release that drummer/vocalist Kurt left the band to take more of a background role in The New Pornographers, leaving Ryan to fend for himself.

All of which brings us to now. Limblifter is back with a new line up and a new record deal, offering up the scooterphile album of the year, I/O. From the first listen to I/O, it's clear that Dahle's songwriting has reverse engineered itself back to the impulsive bend that made the group such a thoroughly enjoyable listen in the first place. The album's first two tracks, "Get Money" and "Perfect Day to Disappear," sound like outtakes from the Limblifter sessions, having the rhytmic punch found in past efforts like "Tinfoil" and "Vicious" (both from Limblifter). "Fiercely Co-Dependent's" guitar attack is reminiscent of Age of Electric's glory days, with the lyrical ambiguity that is one of Dahle's trademarks: "I asked if you fell / I asked if you felt / Like we might be chemicals / That don't mix well."

The album's title track is one of the more poignant of Dahle's career, leading off the first of several down-tempo songs akin to those found on Bellaclava. "In/Out" acts as a polaroid in which we are to envision the tenuous grasp of an artist onto his art and perhaps life: alcohol, drugs, cash and ex-girlfriends--all in and out. The slow-paced organ-driven "Drug Induced" (featuring Jody Birch) seems to explain it all: "I'm very simple / Other interpretations are possible / All this fear / Was drug induced." One of I/O's weaker tracks, "Alarm Bells" features the first use of strings in Dahle's repertoire (at least to your humble reviewer's memory), but even the presence of uber-ego Matthew Good can't save "Alarm Bells" from ho-hum relegation.

Former AoE frontman Todd Kerns appears on "Jumbo Jet Headache" and begins to lift the listener out of the depression-soaked subject matter of the previous four tracks, continued and enhanced by the pounding "On the Moon" and "Soft Signals." The album's closer is a bass-and-percussion rich offering that distills all of what make Ryan Dahle one of alternative music's more underrated craftsmen: great guitar work, equivocal subject matter and strong vocal arrangements, all of which make "The Auctioneer" one of I/O's highlights.

Having mentioned all this, I/O is not a perfect album, not by a long shot. The middle section of the record is consistently slow and depressing, giving up the momentum achieved by the opening tracks. Thankfully, the album picks up steam in the final third, but I found that I/O could have benefitted from a slightly different sequencing. In addition, I really missed Kurt's unique drumming and, more importantly, his harmonious vocals that support Ryan's relatively flat offerings; I/O would no doubt have benefitted from the increased musical presence Kurt enjoyed on Limblifter.

The bottom line is this: I/O will definitely be worth your time, but it only makes you appreciate the jovial and effortless power-pop of their debut all the more.