Other Records by Longwave 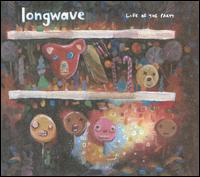 Longwave: Life of the Party 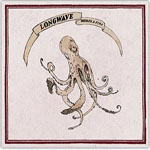 Tweet
If you ask any CMG writer, or any passionate music fan, what first started their obsession, most will offer some misty-eyed account of falling in love with a particular artist, or maybe one particular album, at some point in their adolescence. I’d imagine many of them would list something like Nevermind or Ten, maybe The Blue Album, maybe The Joshua Tree, maybe even Rubber Soul as the record that defined their childhood, but it could really be just about anything. Basically, all of those are classic mainstream albums which (excepting Rubber Soul, I suppose) allude to edgier and more obscure influences. A kid who falls in love The Blue Album, and seeks out its forebears will invariably come across Surfer Rosa, Radio City, Pet Sounds, and a glut of other classic rock albums that never properly found their way onto the airwaves.

In my case, and probably in the case of many people like me, those introductory records were not nearly as cool or endearing as something like Nevermind. I wasn’t fortunate enough to have my formative listening years occur during the grunge boom; unfortunately, I caught the tail-end of the post-grunge boom, and can thus trace most of my musical fandom, unfortunately, back to Bush’s Sixteen Stone. It’s best not to go into the details of my one-time affection for that band, but the point I’m trying to make is this -- no matter how ordinary or dull a band might seem, it always has the potential of turning it’s fans on to great music. Bush led me to Nirvana, which led me to the Pixies, R.E.M. and the Velvet Underground, which basically opened to floodgates to decades worth of great music with which I’ve immersed myself to this day.

So I can only hold on to a faint hope that somewhere, in some suburb at some point in time, some fresh-eared 15 year-old kid uses Longwave as his jumping-off point for getting into bigger and better things, because the band doesn’t seem to have much else going for it. There’s a Fire, like both of the band’s previous long-players, specializes in safe, nearly MOR-ready retreads of ground-breaking (mostly British) '90s rock, all of which is way too safe and well-mannered to resonate past its running time. Not unlike Coldplay, the band wants to have their cake and eat it too -- they proudly wear their ultra-hip shoegaze influences to bait hipsters, but warm them over (U2-ify them, if you will) beyond recognition for the Clear Channel crowd. But lacking a vocalist with Chris Martin’s soporific charm, Longwave is left straddling a lonely fence between legitimate indie cred and commercial viability. And listening to There’s a Fire, it sounds like they don’t have much of a shot at either.

Which is kind of a shame, because There’s a Fire isn’t entirely without virtues. The opening title track sits easily among the band’s best, buoyed by Shannon Ferguson’s urgent guitar work, and vocalist Steve Schlitz for once finding a melody actually suited to him. “Underworld Song” comes next, featuring a sort of ambient lullaby arrangement (the intro is essentially a note-for-note theft of The Arcade Fire’s “Neighbourhood #4”) and the first of several Thom Yorke impersonations Schlitz attempt throughout the album. It’s totally contrived, sure, but its bittersweet melody and utterly perfect production (courtesy of the legendary John Leckie) give it a certain tasteful appeal. And “River (Depot Song)” is a decent stab at space rock, with the band for once toying with their song structure.

Unfortunately, There’s a Fire loses most of whatever magic it had thereafter. “Tell Me I’m Wrong,” a synth-driven poppy dullard finds a halfway-point between Fountains of Wayne and My Bloody Valentine that nobody needed to hear. “Down In Here” reprises the band’s OK Computer fetish to much duller results, “Next Plateau” is a painful Brit-pop experiment, and most of the rest of it is too tedious to even warrant mention. The second half’s only real standout is “We’re Not Gonna Crack,” a two-and-a-half minute scorcher that actually finds the band rocking out, convincingly no less, this time aping (by my estimation at least) Holy Bible-era Manic Street Preachers. But that’s exactly Longwave’s problem: at their best they write strong, clean, melodic rip-offs of classic British indie rock and at their worst they write weak, clean, melodic rip-offs of classic British indie rock. They’re a band that never surprises you, and thus, a band that’s not really worth listening to. And that fifteen year-old kid, if he exists, is probably one Loveless or OK Computer or The Holy Bible or, hell, Turn on the Bright Lights away from realizing that too.