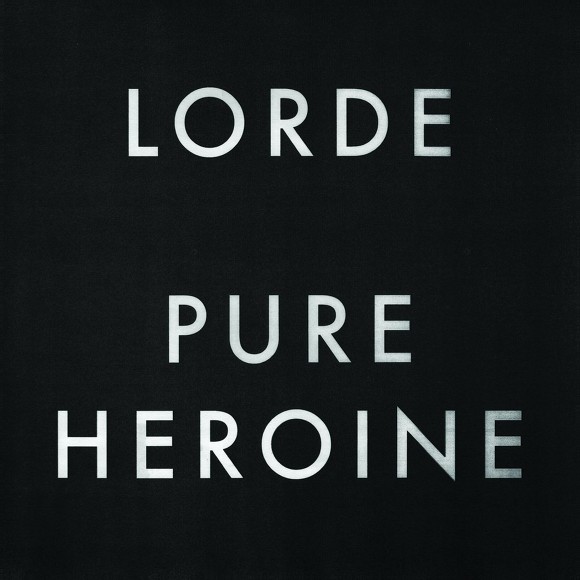 In the ten months since she released her debut single, the insta-classic “Royals,” Lorde has become the latest incarnation of a dying breed: the ubiquitous pop star, the rare 21st-century artist able to hopscotch right across a fragmented media landscape toward an inescapable presence on the top of the hill. This, in itself, is unremarkable. The monoculture may be diluted enough to get industry hyenas drooling over an artist who sells a mere two million records instead of ten, but even in this climate, real pop stars do continue to come along. We’ve got Lady Gaga. Or we did, anyway. Katy Perry. Rihanna (must we?). And have you gone a day in your life these last few years without at least hearing Beyoncé’s name? Lorde’s ascendance isn’t the story. The remarkable thing here, for once, is the music. We, the pop music consumers of 2014, don’t deserve Pure Heroine.

Lorde, bless her, seems to think otherwise. Though her name would lend itself to plenty of easy messianic puns, the lifeblood of a self-pleasuring music writer (ahem), she’s not joking. She wants pop music to do better. Crucially, this doesn’t mean a total rejection of the tropes of 21st century Top 40—after all, Pure Heroine is a pop record through and through, not an angular counter-culture statement piece. Rather than entirely rework the pop paradigm (or even acknowledge the notion a word like “paradigm” belongs anywhere near the word “pop”), Lorde wants to reclaim it from the bawdy, me-first escapism that dominates the genre today. “I’m kinda over getting told to throw my hands up in the air,” she sighs. Yeah, tell me about it. Leave it to a (then) sixteen-year-old to treat you like an adult.

But, listen: Pure Heroine is a fuck of a lot more fun that all of that makes it sound. It’s one of the most effusive, ebullient pop records in recent memory. “Royals” didn’t explode because it tickled American teenagers’ Marxist fancies. It took off because it, like all of Lorde’s music, adopts the best parts of the music it critiques—Lorde’s surprisingly effective pop-rap in the chorus, the song’s perfectly orchestrated harmonies and layered hooks—while painting them in a thrilling minimalist shade almost completely alien to the styles of her peers. “Royals” often gets read as a fuck-you critique to pop musicians living in a fantasia of wealth and excess, but it’s nothing so blunt or black-and-white. Rather, the track gets at the deep ambivalence many of us who don’t live in the Upper West Side feel when listening to pop stars cataloging their bottle service receipts. Sounds fun, but what about, say, human insecurity? The song doesn’t reject that lifestyle entirely—Lorde and her friends are “driving Cadillacs in our dreams”—but it also manages to express pride in an anonymous, unmoneyed existence where your address won’t make anyone jealous. That alone is a revolutionary statement in contemporary pop music, and it remains shocking even the five billionth time it comes through your car stereo speakers. Like “Royals,” Pure Heroine is everything our big, dumb pop culture isn’t: restrained, pristine, patient, self-reflective, managing candor without slipping too far into self-indulgence. Not big, not dumb.

This self-awareness means many of Heroine’s most intriguing moments come when Lorde acknowledges the discrepancies between the outsider stance of “Royals” (released on her debut EP, The Love Club [2013], before Pure Heroine and its life-changing attention) and the fame and success she’s found since the track’s release. Lines like “Pretty soon I’ll be getting on my first plane / I’ll see the veins of my city like they do in space / But my head’s filling up fast with the wicked games, up in flames / How will I fuck with the fun again, when I’m known?” in opener “Tennis Court” sound less like the requisite lip-service paid to “simpler times” by every pop singer in the known universe than an honest, confused reaction to an exciting, frightening, and irrevocable change in their young writer’s life. Elsewhere, on “Still Sane,” she tosses off the observation, “Hey, it’s all cool / I still like hotels, but I think that’ll change,” before circling back to, “Hey, promise I can stay good.” In her hushed, hopeful voice, the doubt lingering in the line is heartbreaking. She does occasionally misstep, with “Glory and Gore”’s unusual lapse into SAT pretension and by trying to convince us she’s not a “White Teeth Teen” herself (girl could sell Crest to a dentist), but even those songs are more musically daring and exciting than anything on the last, whatever, two dozen Rihanna records or, heaven help us, ARTPOP (2013). The sheer idiosyncrasy of her style means even in her lower moments, Lorde comes out ahead of the pack.

And that’s why with all the strengths of Lorde’s wordplay, it’s the music here, not the sharp-toothed lyricism, which sets the record so far apart from the rest of the field. She and producer Joel Little co-wrote the album, and it’s no small compliment to say Pure Heroine sounds more like a Number One Record’s Inevitable Remix Album than the real original. Lorde and Little strip her songs down to their elemental essentials, leaving a stark, evocative palate of sounds more reminiscent of Jamie xx or James Blake than the leaden ProTools bricks weighing down pop radio. “Buzzcut Season” gives a master class in precise production, slinking by on a simple, sultry synth line, single keys plinking out an atmospheric melody somewhere in the haze surrounding the beat, Lorde’s call-response vocals as perfectly placed as a square of primary color in a Mondrian painting. Even a louder, more complex track like “Team” comes together like a piece of origami, with the low-end holding back until Lorde’s vocals—layered only when necessary for the impact of a full choral effect—ratchet up the drama in an endlessly satisfying chorus. Over and over, Little proves he knows how minimal percussion draws so much more attention to itself than layering fat flourish over fat flourish, ad nauseam. Dude probably makes some killer nachos.

All of these ingredients would be more than enough to send Pure Heroine to the pop pantheon, but the record manages true transcendence at least once. “Ribs,” an easy contender for the best song of 2013 or however long you care to count backwards, is magic. Starting with an ambient bed and blooming into a lush, melancholic ballad, the track condenses the build of deep house into an electro-pop masterpiece, all woozy swirl and cinematic sweep. Lorde blends brushwork impressions (“The drink you spilled all over me / ‘Lover’s Spit’ left on repeat”) with matter-of-fact, teenage profundity (“It feels so scary / Getting old”) to mix a potent, bittersweet concoction. The synths push and pull, Lorde’s vocals gain insistence with every verse, and the pay off—the evocation of that sense of nostalgia that comes even before the perfect moment is over—is almost impossibly lovely. That she created this song, and this record, at so young an age is astonishing, yes, but these would be feats for an artist at any point in her career. Other young artists must be taking notes, and we’ll be thanking Lorde for years to come.