Other Records by Lord Skywave 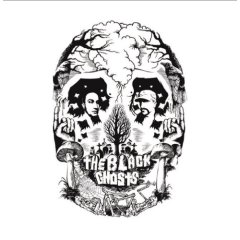 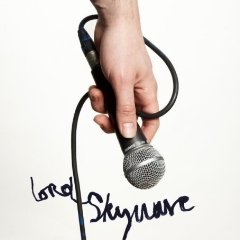 While Simian Mobile Disco and Justice have seemingly exploded as a result of the Simian v Justice anthem “We Are Your Friends,” one key protagonist has been keeping himself relatively low-key. Simon Lord, former vocalist of Simian, the shrieking proponent of said song, had not managed to leapfrog off the back of that remix with the same aplomb as his former band mates. Since Simian’s breakup in 2005, Simon Lord released an album under the pseudonym Garden in 2006 and appeared on a Groove Armada album cut the following year. However, this year seemed to be a bit of a creative outpouring for Lord, with the release of three albums: a mixtape and an album proper under the banner of the Black Ghosts with former Wiseguy member DJ Touché, and this, a more personal solo outing as Lord Skywave.

The name smacks of one of the crappiest alter-egos in musical history (albeit not as downright laughable as Shorty Shitstain), but there is a rationale behind it. First, the name belongs to a rare analogue synthesizer from the ’70s that is used liberally throughout the album. Second, his father built them. And, to make the album even more of a family affair, Simon samples and weaves in compositions by his late grandmother, Madeleine Dring, a composer, singer, and actress who felt as equally at home echoing Debussy or fusing Latin American rhythms into her classical pieces.

You’re probably shifting uncomfortably in your seat as Lord Skywave could be interpreted as a navel-gazing vanity project. But, thanks to Simon Lord’s keen melodies and scattershot musical CV, this is more than an aural scrap-book. Opening with the RnB inflections and broken beats of the title track, the mood shifts through a wormhole in time as the plaintive reworking of Dring’s self-explanatory “Slow Movement (from trio for oboe, piano and flute)” trickles out of the speakers. This is turn bleeds into psychedelic two-step on “Idyll (Just Like)” before bungeeing back to Durutti Column guitars and pensive oboes of “Back Into The Garden.”

Somehow—despite also covering soft shuffling funk with “Everybody,” dub inflections on “Half Forgotten,” and nu-jazz on “Maybe I Need To”—Lord Skywave sounds anything but schizophrenic. A narrative thread is maintained by keeping the colours of the instrumentation minimal in scope. Some of the songs are lo-fi in production, relying on the crackle of the Dring recordings and the juxtaposition between drums, Skywave synth, guitar, bass, voice, and samples to seethe ambience. With jagged drumbeats, nihilistic synth-lines, and ghostly apparitions from his grandmother’s works, Lord Skywave evokes an uneasiness akin to discovering an anachronistic iPod amongst your great-grandfather’s belongings. But through the mix of genres and eras Lord’s voice has a positive familiarity, a nervy soulfulness that has lingered since his Simian days.

Lord Skywave may not be leveled squarely at the dancefloor in the same way as Attack Decay Sustain Release (2007). But Lord manages to shake off his psychedelic indie past, while also creating new niche for himself out of Simian Mobile Disco’s shadow.