A Hundred Things Keep Me Up At Night 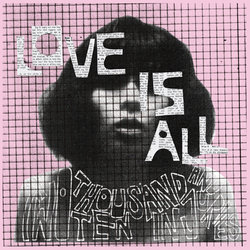 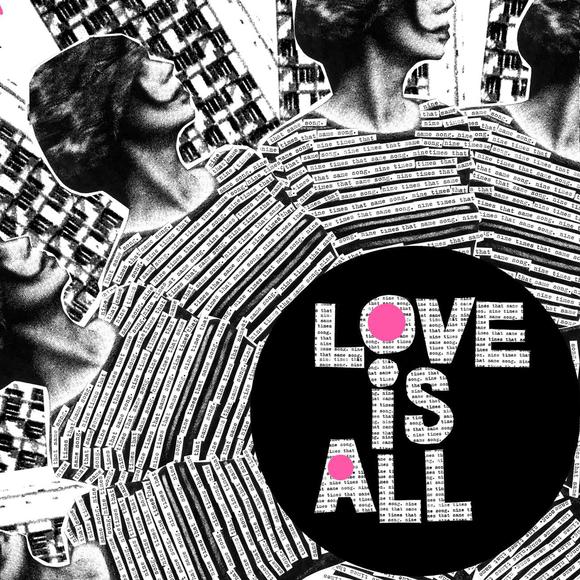 A Hundred Things Keep Me Up at Night / Last Choice EP

Despite having listened to it several times shortly after its release, I don’t remember much of anything—beyond Josephine Olausson’s shout-heavy vocals—about Nine Times That Same Song (2006). Upon revisiting it after having lived with its followup for about half a year, I’m not convinced there’s a great deal of difference between the two records aside from the fact that A Hundred Things Keep Me Up At Night trumps its predecessor in almost every way. Though the band does little to change its basic formula as established on Nine Times, their second album is better produced, better written, and imbued with a somehow characteristically Swedish melancholy that makes Olausson and the band’s jagged pop endearing.

For the most part the band’s basic strategy here is to play louder, faster, and a little bit cleaner; it works. Though brevity was never really an issue for Love Is All, here they never break the four-minute mark, yet nothing seems either too simple or overstuffed. More than anything, this is a consequence of how good the band’s arrangements are; “Last Choice” is carried entirely on the strengths of its bass line and fantastic disco-tinged percussion, which pull off the sad song masquerading as an upbeat one trick beautifully, and “Sea Sick” uses its backing vocals as an anchor as the song rearranges itself almost completely.

The real draw, however, is just how damn sad Olausson sounds. On A Hundred Things she acts like an antisocial Tracyanne Campbell—it’s an astoundingly effective songwriting persona. Opener “New Beginnings” exists somewhere between temper tantrum and nervous breakdown: “I’m stealing stuff I don’t need,” she repeats, her vocals propelling the song, after admitting to having made a fool of herself. “Forget I ever mentioned my heart,” she shouts in “Give It Back,” but it’s impossible to do so when her crises dominate these songs so totally. On “Last Choice” she finds herself at an empty party, stuck hearing music “inappropriately upbeat,” and the song ends with the musical equivalent of a star wipe by way of a chime as she takes someone home with her solely to avoid being left alone. The record’s second half gives her even more room on two downtempo songs, “When Giants Fall” and “A More Uncertain Future”; the former assembles slowly while the latter is a straight-up breakup duet that seems too reminiscent of Love Is All predecessors Girlfrendo in just how shiny it sounds compared to everything around it.

With A Hundred Things I’m mostly struck by the fact that the record seems precariously close to overload but never actually turns out as exhausting as it could have. Unlike Architecture in Helsinki, who followed up a huge, brilliantly constructed record by trying to make indie dance bullshit, or Art Brut, who just aren’t as fun the second (or third) time around, Love is All has refined its basic ideas and yielded a follow-up much more playable than its predecessor. More than anything else this could be because the band has a solid foundation in drummer Markus Görsch and saxophonist Åke Strömer, who manage to hold the songs together at the many moments in which they could veer in the wrong direction. And the fantastic horn arrangements of Johan Arrias might be responsible for the record’s most immediate hooks.

The Last Choice EP includes another five songs in addition to the title track. The best of these are “Early Warnings” and “From Your Corner.” “Early Warnings” is dominated by Görsch’s drums, both in its bassy introduction and its cymbal-heavy chorus, and Olausson rides it perfectly. “From Your Corner” is a whole lot like and just about as good as “Wishing Well.” “Jealousy” tries “A More Uncertain Future”‘s basic duet structure within the band’s comfort zone but gives it more time to expand before giving way to a meandering groove while “Loud Heart” does away with the band’s post-punk leanings entirely to its detriment. Olausson’s strength isn’t really in slow songs, see: she can sing about loneliness, sleeplessness, and heartache, but it’s a whole lot more interesting when juxtaposed with her band’s often snarling arrangements.

But Last Choice is an EP, which is really the best place to try material like this, and despite its mixed success it’s exciting to see that Love Is All is continuing to experiment with their basic songwriting approach and that’s yielding more hits than misses. Taken together, both A Hundred Things and Last Choice are appreciable signs of growth in a band that could have easily gotten stuck or gone off the deep end. Love Is All is too big now just to give us nine times more of the same song.