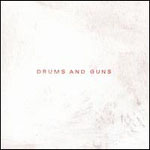 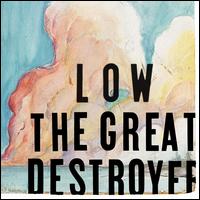 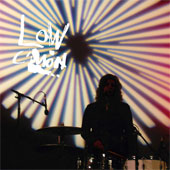 The last several years have clearly been tumultuous for Low, who spent them riding on the two most polarizing records of their career as they appeared to unravel from inside. The Great Destroyer (2005) saw them come as close as they likely ever will to playing straightforward rock music; it also made a fan out of Robert Plant, who covered “Monkey” and “Silver Rider” on last year’s Band of Joy. Drums and Guns (2007) was deeply weird in other ways; it was the first and last to feature Matt Livingston as the band’s bassist, all of its vocals were hard-panned, and its songs were born out of not just defeat but apocalyptic fury, polished yet fractured and broken like almost nothing else. The 2007 documentary You May Need A Murderer, in which effective frontman Alan Sparhawk spoke candidly about his mental health going into the album’s recording, and a performance in 2008 that ended in his guitar flying into the crowd didn’t make things look any better. It made sense that they would take a break, during which Sparhawk released two albums with Retribution Gospel Choir and Low soundtracked Morgan Thorson’s dance piece Heaven.

This brings us to December 2010, when Low played a run of west coast shows in small venues on a tour in support of the vinyl reissue of their Christmas EP (1999). Before they got to any of that material, however, Sparhawk, percussionist Mimi Parker, and new bassist Steve Garrington opened each performance with a set of new songs that sounded almost in places like a retrospective across their career. This material was warm, full, and welcoming like Drums deliberately wasn’t, and that set, in the exact sequence it was played that night, makes up C’mon. The album sounds less like a retread than a focused effort to stabilize, recover, and survive in the wake of the tumult that drove the band’s last two records, and one that reiterates their essential strengths with the most approachable production they’ve ever allowed. If you’re looking for an even more immediate point of comparison, take a look at the cover of The Curtain Hits the Cast (1996), a rough, dark image of Parker’s snare drum. C’mon in contrast showcases her at her full kit, in silhouette with a sunburst behind her. The reference seems deliberate.

Compared to the droning feedback that opened Drums‘ “Pretty People,” the first sounds one hears on C’mon indicate a major aesthetic shift. The former’s discord is traded instead for a melody played by a music box (supposedly resequenced through creative editing from its original function, which was to play “Hey Jude” and “Hey Jude” only) so gentle it’s almost disarming. Any darkness comes from Sparhawk alone, most overtly as he sings “try to sleep / don’t look at the camera,” in the song’s chorus to a melody that refuses to bend, a lullaby hiding menace that’s ambiguous at best.

From there, the band pushes through a set of songs that explore sounds and structures they’ve worked through in the past, but bolster them through Matt Beckley’s remarkably easy production. “You See Everything” hints at the band’s work with Kramer on Secret Name (1995) and The Curtain Hits the Cast, but his bath of skeletal echo is traded for a layered production that subtly weaves strings, bells, and stereo pans into the mix. “Witches,” which almost evokes the brutality at the heart of Trust (2002) and quotes a Kool Keith reference to Al Green, uses organ drones and banjo to fill in what would’ve been negative space earlier in their career. Nels Cline does the same through pedal steel on “Done,” a much-needed direct display of Sparhawk and percussionist/wife Mimi Parker’s still-stellar harmonies.

Whereas on The Great Destroyer Dave Fridmann opened Low up by reconfiguring their sound almost totally, Beckley (who has worked on records for Avril Lavigne, Ke$ha, Leona Lewis, and Paris Hilton) instead takes the band’s past work and makes it over to surprisingly good effect without leaving it saccharine or cloying. This is most apparent on standout “Especially Me,” the rare song on which Parker sings lead. While largely unchanging arrangements have almost always worked in Low’s favor, the looped textures that drive the song alongside its pronounced, disarmingly propulsive 6/8 backbeat wring help to add so much to her voice at the end of each chorus, revealing a minor turn that couldn’t be sung without coming off as contrived.

The real punches are hidden in the album’s final tracks. “Nightingale” is the most immediate showcase of how Sparhawk’s guitar playing has become more mobile and muscular by way of his side projects, and its comparatively fast tempo gives it a long-lost soft rock vibe. “Nothing But Heart” is an immediate knockout, one of those songs that only Low could get away with and the kind of thing that makes Sparhawk and Parker’s gifts so immediately, easily understandable. Sparhawk latches onto the song’s one melody, one lyric chorus as quickly as he can, then refuses to let up as it goes supernova over its eight minute duration.

C’mon doesn’t break much new ground for Low in the way that their last two records did, and that’s clearly not the goal here. Sparhawk has described the album as being about the “need to figure out how to get through the next moment, together, as human beings.” In doing so, they’ve returned to the familiar and the comfortable, but never truly get away from the damage done—evidenced by the fact that Sparhawk’s last line on closer “Something’s Turning Over,” one that hints at unseen danger, is “just because you never hear their voices / don’t mean they won’t kill you in your sleep,” immediately followed by the sound of the entire family, children included, fading out in “la la la” harmonies. Despite this, the band has pushed through the genuinely disconcerting moods at the core of their last two albums, and the finished product is a rare moment in their catalog as potentially appealing to the uninitiated as it is their now long-established fanbase.