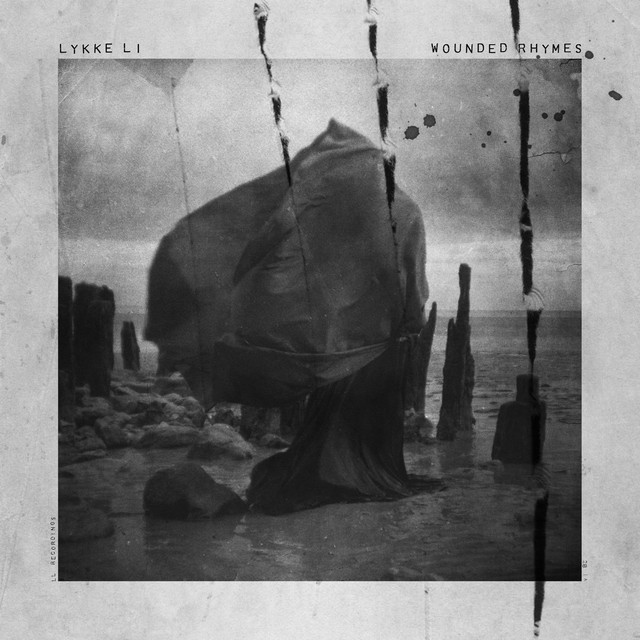 Lykke Li got sick of people calling her cute. The epithet was well earned by the Swedish singer’s debut Youth Novels (2008), a fun if occasionally meandering record that boasted such irresistible pop gems as “Dance Dance Dance” and “Little Bit.” On the latter track she cooed such breathy-voiced come-ons as “Come here, stay with me / Stroke me by the hair / ‘Cause I would give anything / Anything / To have you as my man” and charmed not only rap’s most beloved Degrassi alum but the pop world at large.

But in the years since her debut, Li’s begun to air her frustrations about feeling boxed into a certain stylistic identity. In a Pitchfork interview last fall, she said, “It seemed like people weren’t listening to what I had to say. And I feel like that’s probably just a product of being female…I just felt like I must be some kind of porn dream or something because all they seemed to listen to was my high-pitched voice.” So in the months leading up the release of her sophomore record, Wounded Rhymes, she did what any recently enlightened female pop star might do. She dressed up like a haute couture Roman emperor and dragged a bunch of mirrors in the desert to channel Milla Jovovich-by-way-of-Maya Deren in an experimental short film. She used the phrase “pussy power” in interviews with a seemingly straight face. And perhaps best of all, she strapped on an outfit with crotch-spikes and fashioned herself a kind of feminist witch doctor in the video for the striking, sexually aggressive single “Get Some.” Suddenly the new record from the baby-voiced Swedish girl on that Drake hook looked like it might be the second coming of Dry (1992).

Those of us with such lofty expectations (though who can blame us? I repeat: crotch-spikes) might be a tad disappointed with Wounded Rhymes, most of which lacks its lead-off single’s fangs. Blame the Man, blame the hype machine, or, perhaps most fittingly, blame PJ Harvey’s recent comeback for mandating a collective revisit to Rid of Me (1993) as a reminder of just how raw expressions of disgruntled sexuality can sound. Wounded Rhymes is a solid and at times commanding record, but it brings to light an interesting imbalance in Li’s evolving style: her persona is notably darker, weirder, and more confrontational than most of her music. And yet Wounded Rhymes is enough to challenge that problem with a question: if the music’s still good, should we even consider that a problem?

Wounded Rhymes is an improvement upon Youth Novels in almost every sense. It’s tighter, more consistent, and free of all the filler (“Complaint Department,” “Trumpet in My Head,” “Everybody But Me”) that threatened to dull her debut’s shining moments. Youth Novels made us drag our feet through a tedious spoken word prologue, but Wounded Rhymes cuts right to the chase with the swinging, organ-driven “Youth Knows No Pain” and “I Follow Rivers,” the spellbinding second single. “Rivers” repurposes the steel-drum-style synth hits that made up the beat of “Little Bit,” but this echo of her previous hit shows how far Li’s come—and how much more assured her voice sounds here. The theme is still devotion, but “I Follow Rivers” dispenses with pop coquetry in favor of a primordial kind of lyricism (“You’re my river running high / Run deep, run wild / I follow you”). The result’s no less catchy, but it finds Li singing about love as something even more powerful than before, a force of primal, mutual motion.

As on some of the indistinct ballads that weighed down the second half of Youth Novels, Li’s at her worst when she veers too far into the maudlin, and her lyrics are at their clunkiest lyrics when they try to wrap their arms around such hulking truisms as “love” and “sadness.” So perhaps Wounded Rhymes‘ greatest triumph is that it’s assertive enough to sell its own drama: in fact, two of its most arresting moments transcend some pretty clunky lyrics. The record’s sparsest track, the “Unchained Melody” reimagining “Unrequited Love,” is such a gorgeously elegiac showcase of Li’s voice that it’s easy to forgive such lyrics as “Oh, my love is unrequited / Oh, our love has gone divided.” Then there’s the gloriously bombastic pathos of “Sadness is a Blessing,” a Spector-inspired anthem on which Li’s voice is so big that it sounds like she’s swallowed an entire girl group. “Sadness is my boyfriend / Sadness I’m your girl,” she belts on the chorus, making of sentiment something sturdier than another prosaic ballad: a towering wall of sound.

But returning to that nagging chasm in Li’s aesthetic, let’s go back to “I Follow Rivers” and Tarik Saleh’s Bergman-inspired video for the single. As I’ve mentioned, “I Follow Rivers” is a great song, and the video (which plays out like The Seventh Seal would if, at the end, Death revealed that he didn’t really feel like playing chess with Max von Sydow and just wanted to make out) is pretty cool, too. But the two don’t seem to interact; the haunting imagery of a black shrouded Li roving stark, snowy coastlines in no way fits the pulse of the song. (“Solarium,” the Deren-inspired short, suffers the same problem.) Of course, the videos, the couture, and the things she says in interviews are all extraneous to the record and shouldn’t matter much when assessing Wounded Rhymes, which stands up steadily on its own. But, since few of us listen to music in contexts that don’t expose us to these kinds of cross-sensory supplements, something about the darker recesses of Li’s persona continue to nag and bespeak a more adventurous and daring record that could have been.

And yet, there’s still “Get Some.” I’ll admit to not liking the track much at the outset; perhaps it’s because of the ease with which its chorus sticks in my head and thus the very real danger of finding myself singing, “I’m your prostitute / You gon’ get some” by accident at the office. It’s a tricky lyric: it feels garish and sticky at first, especially as the song’s hook, but its power is in the discomfiture it breeds in the listener. (And in imagining what it would sound like coming out of a man’s mouth, I’ve all but convinced myself that we’ll someday hear it on a Kaputt B-side and take it in without blinking.) Wounded Rhymes‘ moments of true daring are few, but it’s the first indication that Li’s turning a critical eye on her own style—and that she’s got a knack for reinvention. All of which calls to mind Robyn, another Swede who was dismissed as cute at the beginning of her career but who was able to channel that frustration into a wildly unique take on her own femininity. Time will tell if Lykke Li can make a statement as cohesive and original as Body Talk (2010), but Wounded Rhymes gives us every reason to believe that this is only the beginning of her evolution.