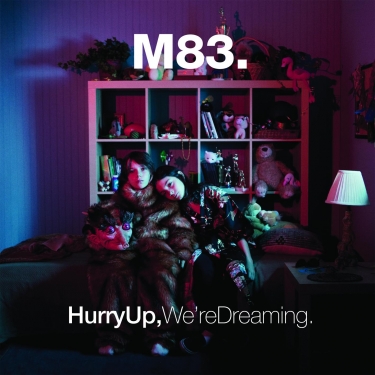 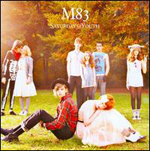 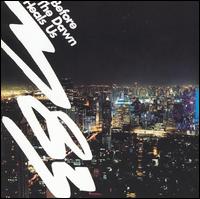 Before the Dawn Heals Us

Some artists possess the peculiar capacity to make genre-divides and consequent taste-divides irrelevant. M83 is not one of those. You have to buy into a lot to enjoy M83. Lots of synths, for instance. To make matters even more prickly, Before the Dawn Heals Us will push the bombast element to what seems an unsurpassable extreme. So if you were queasy with the heap of it in Dead Cities, Red Seas and Lost Ghosts, then, friend, Before the Dawn Heals Us will give you a hell of a gag. If their previous releases seemed overweight with grandeur, then this latest release is positively obese with it.

But not buying into M83's style isn't excuse for dismissing mastermind Anthony Gonzalez's work; it’s merely justification for disliking it. At a fundamental level, it’s impossible to say that it’s not deserving of respect. One of the paradoxes of the band – and it’s positively immense in Before the Dawn Heals Us --- is that the apparently overwrought bombast that bleeds through every brain-assaulting second of the M83’s noise is threaded through with stunning subtlety. Gonzalez isn't a confused, latter-day Saint of Ride. He is, at a basic level, a detail-obsessed composer.

Take opener “Moonchild,” for instance. Gonzalez doesn't even attempt to tone down his cosmos-size sound, and the angelic rising chorus of otherworldly voices that carry the group’s melody trumps even the bombast of The Arcade Fire’s “Wake Up.” But listen closely --- at least six different compositional elements work in tandem to create the apparent wall of sound. Comprising that column of sound are, in actuality, two separate choruses of voices, a fuzzy bass synth, a soaring synth that sounds eerily like a human voice, a leaping mid-range synth, and the echoing drums that reinforce the track’s glacial rhythm. They all follow separate patterns that merge, through impeccable arrangement, into a wave of noise that only seems like a simple hook.

Essentially, the complexity of this music is most closely akin to that of a classical symphony. If you listen to a classical composer’s suite, the orchestra often seems to follow a single, simple melodic line, when in reality its swoons and rushes are a function of the careful organization of a number of interacting sections.

So if you take Before the Dawn Heal Us at mere face value, it sounds very simplistic, same-y, and bloated. But active listening and analytical engagement (i.e. listen to it on headphones) reveal it to be quite the opposite. The connection between M83 and My Bloody Valentine has been made exhaustively, but the reason for the connection is often left out: specifically, Gonzalez warrants an MBV comparison in the way both artists’ “wall of sound” is actually a living, evolving mass. Its production is of a consistent quality, but that shouldn’t lead one to the error that the music itself is (pejoratively) homogenous.

Of course, the album isn’t immune to a questionable choice or two. Despite its complexity, the melody of “Farewell-Goodbye,” is still something of a cheesy dud. And the poorly acted, melodramatic delivery of lines involving some sort of killer in “Car Chase Terror!” is superfluous, especially given the song’s gorgeous melodic chops.

But these errors prove mostly insignificant beside the overwhelming strengths of these tracks. Namely, their melodies, arrangements, and tweaking. “Teen Angst,” is an obliterating charge of rhythm, melodic chorus swells, and brilliantly layered hooks. Its counter-melodies surge, its internal space opens up and closes again, and its synth lines are slightly bent and then straightened out, resulting in one of the album’s several highlights. The complex piano balladry of “Safe” builds on a superb, lonely melody, as buzzing feedback and robotically angelic choruses expand it to its limits. “Let Men Burn Stars” uses similar piano-and-feedback strategies, but the piano is left to jazzy chaos while choruses and synth lines stabilize the track’s flow. Meanwhile, Gonzalez demonstrates the range of his sonic palette with “A Guitar and A Heart,” whose initial guitar antics and crushing fists of noise are amplified and built up into a pounding, intricate cataclysm of rising and subsiding melody.

Initial impressions of Before the Dawn Heals Us are bound to be off-putting and confused, and if you’re cynical of this kind of exuberance, they might kill the album on arrival. But it’s your loss, because M83’s latest, given careful attention, is a rather impressive and blissful experience. It solidifies M83’s status as standard-bearer for post-MBV shoegaze, and is a masterful way to kick off a year of music that we should hope will be better than the last two.