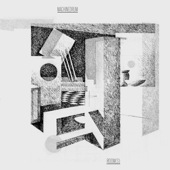 With dance music arguably experiencing its most fashionable popular standing since the late ‘90s, it’s been interesting to watch various strains of once-thought-to-be niche genres co-opted for widespread gain. No longer simply a case of subtle, sample-based nods towards the outlying landscapes of the electronic world, multiple forms of bass music, techno, and synth-based electro have been appropriated wholesale by some of the world’s most visible pop and hip-hop stars. What this ultimately means for producers is some residual monetary gain, a bit of collateral exposure, and probably some remix opportunities that wouldn’t have likely presented themselves just a few years ago. For fans, it means a glut of small-scale releases of the sort that underground producers have long trafficked in, only with undue expectations now placed on every new move these artists make.

Granted, most of these artists aren’t exactly angling for opportunities such as this, but rather following their artistic muse wherever it may lead—which goes to show just how much the chasm’s narrowed between mainstream and underground dance ideology. Three new EPs by producers in various stages of rising visibility provide not only a handy template to the processes facilitating such curiosity in both indie and mainstream sects, but also exemplify the unfortunate if inevitable expectations that greet each successive dispatch during periods of increased interest.

Travis Stewart’s Machinedrum alias in particular is experiencing something of a coming out party lately. Parlaying some of the goodwill he received for last year’s maximalist footwork odyssey Room(s), Stewart found even greater exposure as half of production duo Sepalcure, whose late-2011 self-titled LP emerged out of the New York-via-Bristol bass scene to crossover with fans looking for something a little more chiseled and wide-ranging than the more insular confines of dubstep and the like. Among other things, it showed a well considered sense of ambition and restlessness that more bass producers would do well to note.

“The internet” hasn’t been the only one to notice these moves, however; the title track of Stewart’s new Machinedrum EP, SXLND, already caught the ear of upstart Harlem rapper Azealia Banks, who’s used the track as the foundation for her recent single, “NEEDSUMLUV.” But it’s a wonderful standalone piece in its own right, and one strong enough to anchor an EP that otherwise feels like a series of modest exercises and possible leftovers from the Room(s) sessions. In any case, it’s hard to complain much when bearing witness to the refinement such an identifiable sound, with Stewart kneading the details out of such satisfying and sufficiently dizzying tracks as “Van Vogue” and the absorbing if entirely too long “No Respect.”

Though his sound is a bit more obtuse, Matthew Dear has likewise been on the rise over the last few years, with 2010’s Black City representing his most self-contained, impressive work to date. His new Headcage EP certainly doesn’t carry the conceptual heft of his last record, but its first two tracks are amongst the most immediate pieces he’s yet produced. The title track is a chugging bevy of samples and synth-pop accoutrement, coupled with Dear’s increasingly confident if still potentially hazardous vocal mannerisms, which sound like they’ve had at least a peripheral influence on the recent work of Nicholas Jaar and Lindstrøm.

Just as interesting and certainly more unexpected is “In the Middle (I Met You There),” Dear’s most streamlined production to date, with a cameo vocal by the Drums’ Jonny Pierce, whose melodic sensibility yields increasingly greater rewards with each successive spin. Headcage is a digital release, but at barely fifteen minutes it’s sequenced something like a 10” single. The two closing tracks are experiments in beatless ambience that feature interesting sonic and vocal textures but which frankly don’t have the room to establish much of a continuous atmosphere. Better to think of this one as a purposefully delineated double A-side.

Todd Terje, one of last decade’s journeyman producers, hasn’t experienced the buzz of some of his compatriots—perhaps a result of his work in the more reverential, purist confines of the space-disco subgenre—but he’s wisely used the critical heat of last year’s Ragysh EP and its centerpiece, “Snooze 4 Love,” as all the publicity needed to drop an airtight, equally fascinating follow-up. Unlike most in the field, Terje utilizes the short format as its own artistic entity, sequencing the four tracks of his It’s the Arps EP in a manner befitting a veteran DJ. Oh, and he composed the entire thing on an ARP2600 analog synthesizer.

What could come off as a gimmick, however, instead plays like a focused foray into day-glo disco. And not only conceptually focused mind you, but structurally as well, with each track clocking in between three and six minutes. Opener “Inspector Norse” jaunts along giddily, wrapping brightly bouncing synth tones around robust bass notes. It cools down with the chirping “Myggsomer” before Terje ramps up the tension with “Swing Star (Pt 1).” When in it expands into part two, the lights flicker and bodies start moving, Terje’s headphone friendly production bursting forth onto the dancefloor, all glistening synth crests and rejoining melodies.

Taken together, these records don’t have a whole lot in common aesthetically, but they do ably outline a few of the parameters of modern bass and electronic music. What’s interesting, though, is how ingrained and natural this all feels in the synthetically-reared musical culture of 2012. Some of the material across these records is transitional, some of it reconciliatory, and some still rather slight. But the best of it represents these producers’ most immediately pleasurable music to date. They’ll all be just fine on the trajectories they’ve set for themselves, whether their new ideas are popularly assimilated or not. But you never know who might be listening.