Other Records by Mahjongg 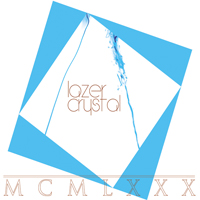 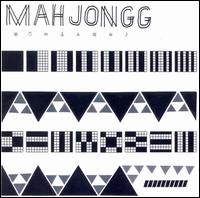 My application to become a CMG writer, which consisted of a shoddy list of nineties albums I haven’t listened to since and a framework review of the occasionally mercurial Raydoncong (2005), is thankfully hidden from posterity. I don’t remember much of what was written, but I do remember choosing to forgo an analysis of what is increasingly being referred to as the band’s Afro-beat leanings. I felt, and still feel, it’s far too straight a line to draw. At what point on the ethnomusicological paper does one put down their pencil if they want to draw a timeline ending at these cosmopolitan Chicagoans?

Instead I chose to talk to how Mahjongg seemingly emerge from the forest of Chicago’s densest architectures, how they’re of an urbanity which Raydoncong, and now Kontpab, can’t help but evoke. Nonsensical? Probably. But I maintain that there’s grit here, a griminess rarely associated with music so electronic, beat-centered and tensely arranged. Rare is the aesthetic that speaks so clearly to the efficacy of location and origins, and in a music marketplace that increasingly emphasizes intangible access no less; it felt like a minor injustice that I purchased Kontpab from iTunes, to be soullessly chucked from playlist to playlist, rather than digging for it in the sub-bins of a fast-failing Chicago record store.

Which isn’t to say that the band pin anything as cohesive as a statement, or love letter to their hometown, to their music. It’s a trace at best, a suggestion, and it helps if you’ve been there. Mahjongg’s vocals are generally obscured behind fuzz and wash, and are clenched, like its prosperity of noises and production choices, between the teeth of their performances. Songs like “Problems” and “Tell the Police the Truth” imply a paranoiacs’ twinge, but they’re rote in the shadow of this pervasive mood, are rather predetermined viewpoints or stylistic signposts than fully formed content. The most exciting moments—as was generally the case with Raydoncong‘s “The Rrabbitt” or “Hot Lava”—are when giant and/or torrent beats pastiche one another into polyrhythmic intricacies. Similarly, opener “Pontiac” and closer “Rise Rice” are patient builders, whose sudden contrasts contradict a recording paradigm suggesting that a plethora of available noises makes for an exciting accessibility. Mahjongg are speaking in tongues far more ancient than that, regardless of their recording process. It’s problematic to suggest they simply appropriate Afro-beat, because it’s not so much the cultural that is suffused here as the access of rhythm itself. Linking one to the other thinks of primacy in uncomfortable, and very Western, ways.

The band knowingly reign their left-of-center fondness for the abstract, as in the strangely melodic “Kottbusser Torr,” and the Katamari Damacy bleeps and bloops of “Tell the Police the Truth” and “Teardrops,” back to post-punk roots. The jagged “Those Birds are Bats” and warped “Problems” poster an otherwise departure-filled album on a genre’s wall. It’s a strangely conservative move, a slippage of pop fluency through a belligerent façade of occasionally alien time signatures and smoggy vocals. And the move makes it difficult to assess if this affinity for the knowable is what keeps Mahjonng from releasing an album that is consistently good, or if those influences represent a core, in the direction of which their experimental tendencies should more frequently be aimed.

Predictably, Kontpab is at its best when it manages a balance between its self-indulgent playfulness and its tuneful brand of escalation. “Problems” is a good example, but the nonsensical “Rise Rice” has perhaps the greatest lasting power for the pounding rifts of its extended intro into a nigh-Industrial intricacy; the song, and thus the album, is left with falsetto puppetry, ululating bass and noncommittal musicianship. It’s been the Mahjongg that we expected up to this point, and it’s that same Mahjongg that closes out, unchanged, Teflon to concepts, at the center of whatever discussion their listeners swirl around. Kontpab, like Raydoncong before it, feels wholly theirs. More than a few will be left on the outside.