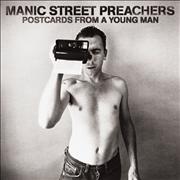 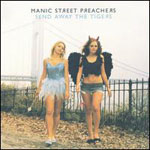 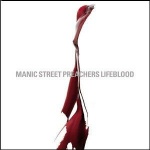 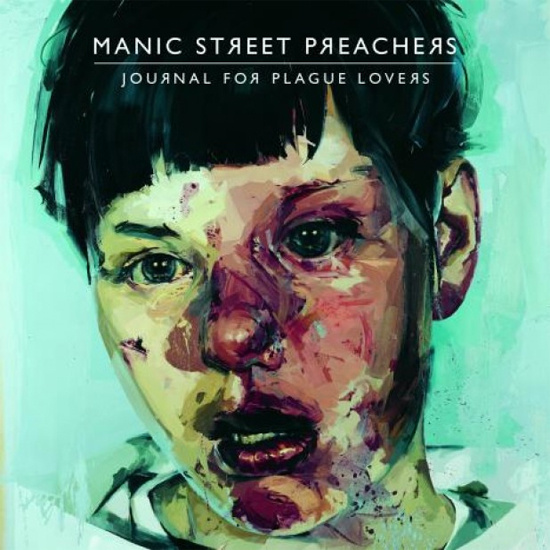 If my Google search is to be believed, the Virginia State Epileptic Colony, aka Lynchburg Hospital, was an early 20th Century dumping site for the state’s poorest residents and those deemed socially inadequate—a haven for the “feebleminded” if you will. Also: ground zero for a state-sponsored program of eugenic sterilization with colony officials weeding out those they believed would tarnish racial purity. It’s a little-discussed black mark on American History with frightening parallels to Nazi Germany. In other words: best inspiration for Richey Edwards lyrics EVER.

Ask any self-respecting Jeff Buckley fan why the posthumous release thing seldom works, or go listen to Born Again (1999). Or try a “new” anthology of Bukowski poems, one that seems to surface every two years like clockwork, always paling in comparison to the stuff that Hank published when he was alive. So when it was reported that the next Manic Street Preachers record would contain lyrics derived entirely from a wealth of recently unearthed Richey Edwards prose, the default reaction was probably an eye-roll coupled with Weekend at Bernie’s jokes. Anyone with a passing interest in the past decade’s Brit-rock knows that Edwards was the fourth member of the Manic Street Preachers and the mastermind behind the brutally bleak lyrics comprising the Manics’ endlessly lauded The Holy Bible (1994). He even cemented his place in beautiful loser history by completely vanishing from the face of the earth in February of 1995—and this was after he baited, or subsequently forced, the NME’s Steve Lamacq into watching him carve the oft-quoted “4 REAL” into his left arm. He’s only recently been declared officially dead. Homeboy truly earned the title of “The British Kurt Cobain.”

It seems bizarre to say this about a band of international superstars (though less so in North America), recently graced with an NME “God-Like Genius Award,” but for all of their accomplishments, the Manics have never been able to completely escape The Holy Bible‘s long shadow. This is largely in part to Edwards’ movie-ready backstory, the unease of his lyrics, and the simple fact that none of the Manics’ successive releases as a trio have rocked nearly as hard. While bassist/lyricist Nicky Wire’s political sloganeering is generally adequate, it still doesn’t hold a candle to the best of Edwards’ existential junkie screed. Also, Wire’s propensity for running his mouth in the media has resulted in Joe Biden-style embarrassments that make his band look silly, whether sniping at Gomez or declaring 2001 colossal turd Know Your Enemy “the greatest album ever made, ever!” He’s kinda stupid.

Journal For Plague Lovers‘s immediate allusions to Bible don’t stop with the mere fact that the lyrics were Richey-penned: Both records contain harrowing cover art courtesy of British painter Jenny Saville; and you’ve got the backwards “R”s in the band’s name in stark, Arial font, which means something; Steve Albini made the trek out to Wales for added layers of hollowed-out desperation and bottom-end; song titles like “Pretension/Repulsion,” “All Is Vanity,” and “Jackie Collins Existential Question Time” veer dangerously close to hilarious masochism—it’s a balls out effort to directly stare The Holy Bible down. Fellow CMG scribe Dave Abravanel is correct in commenting, “It’s as though they’re looking to Richey’s ghost and asking if they got it right, and he’s just staring back and pointing to his arm.”

It’s, too, a ploy that initially seems borderline desperate. And yet, just a cursory listen to Journal for Plague Lovers results not in groans, but a question: why is North America seemingly unable to produce arena-rockers as righteously fucking great as the Manic Street Preachers? Journal surprises by being the most focused Manics record in more than a decade, single-handedly obliterating many of the bad decisions the band has committed to wax over the years. The guitars are spiky as hell, song lengths refreshing in their brevity; they should never feel the need to play a single track from Know Your Enemy or (the somewhat better) Lifeblood (2004) ever again.

Granted, 2007’s excellent Send Away the Tigers had already, accurately been heralded as a return to fighting form, but Dave Eringa’s production was a touch too shiny to be entirely convincing. In contrast, “Peeled Apples” immediately announces that the Albini drums are in the hizzouse while James Dean Bradfield’s stabbing riff rubs across the face like steel wool as he’s finally able again to wrap himself in Edwards’s tortured nothings like “Riderless horses / Noam Chomsky’s Camelot / Bruises on my hands / From digging my nails out!” Grrrrr! “Apples,” and the entirety of Plague Lovers‘s first half proceeds in similar fashion, with pointedly loud riffs giving way to bellowed choruses anchored by lyrics far more compelling (and funnier) than Nicky Wire’s usual fare. Which is to say: no more songs about Elian Gonzalez and Richard Nixon.

In Wire’s defense, Edwards’ words have the benefit of never having been subjected to the Bush era…but the differences are welcome. “Me and Stephen Hawking” contains a frantic opening verse about “Herman the bull / And Tracey the sheep / Transgendered milk containing human protein!” before both Stephen Hawking and Bradfield miss out on “the sex revolution” because they “failed the physical,” and then the title track contains wailing about both “perfect abattoirs” and “perfect actors!” over the riff from Rush’s “The Spirit of Radio” (probably intentional, Wire is a huge Geddy Lee fan). The specter of self-parody threatens on “She Bathed Herself in a Bath of Bleach” with its oh-so-tortured female protagonist “walking on broken glass for love” and burning her skin to “please her lover.” But all is forgiven due to a gargantuan chorus capable of both leveling a city block and running up a redonkulous number of plays on this here guy’s iPod. It also showcases James Dean Bradfield as one of the most talented but completely under-appreciated male vocalists working today.

As with every Manics album ever recorded, Journal For Plague Lovers could benefit from two fewer songs. And less with the use of sampled dialogue from movies and news reels, already. Worth mentioning is that, while this is arguably the most enjoyable Manics’ album since Bible, it’s less thrashy and still has more in common sonically with the riffs ‘n’ anthems approach of Everything Must Go (1996). But whatever, nobody who has ever had some semblance of an interest in this band should ignore Journal For Plague Lovers, which is simply far more awesome than anyone had a right to expect. As far as the band is concerned, probably far more cathartic too.