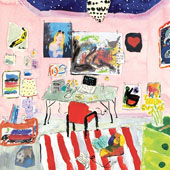 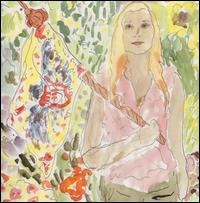 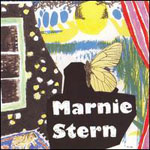 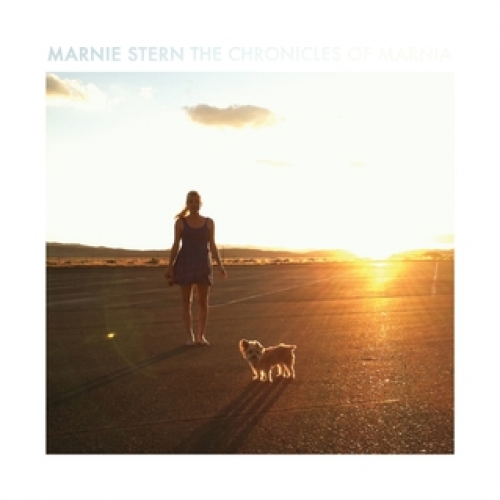 The Chronicles of Marnia

History tells us that artists with an experimental lean tend to topple toward the middle over time, losing a once-unique edge in an effort to curb artistic stagnation or simply as a means of courting a wider listenership. At first blush, the career of Marnie Stern would seem to bear out this trajectory. The treble-voiced, finger-tapping, endearingly self-deprecating New York-based guitar hero has moved breathlessly across a trio of albums with nary a pause for traditional considerations such as melody or structure. That she’s gathered both in intermittent fits of inspiration over the years certainly speaks to her natural talent, yet both have, up to now, felt more like natural by-products of her process rather than premeditated goals. Which is more than fine: each of Stern’s records have provided more than their share of thrills and heart-stopping flourishes, and as a technician she may be the most naturally gifted guitar player of her generation. Nevertheless, she seemed to be exhausting her formula a bit on her 2011 self-titled album. The less defined, more freewheeling moments in her past work were easy to forgive for an artist still presumably finding her footing. But more recently these same feats of strength had begun to feel less like displays of unchecked passion and more like a crutch.

Which is what makes Stern’s amazingly titled new album The Chronicles of Marnia such a refreshing listen. Not so much a change of pace as a consolidation and careful re-allotment of her powers, Chronicles is unique in that it doesn’t represent a stylistic 180 or drastic overhaul of Stern’s sound, but instead finds her integrating her unique ingredients into fresh, streamlined concoctions. Working with Oneida drummer Kid Millions after years battling against the currents of torrential fury whipped up by Zach Hill (now of Death Grips infamy), Stern has finally found a running-mate rather than a foil. Granted, much of the excitement generated by the band’s prior set-up was a direct result of the tension spark by Stern’s guitar reacting unpredictably to Hill’s free-assault percussion. Millions may be more of a finesse player (though compared to Hill, nearly every drummer can sound dainty), but he’s far more equipped at harnessing a groove without sacrificing the momentum so essential to Stern’s headlong fury. What they’ve emerged with is Stern’s first collection of songs, ten carefully plotted tracks with an emphasis on craft and internal harmonization.

Lest one think Stern is following the path established by that of her many forebears, Chronicles is frontloaded with a handful of her most dizzying yet immediately satisfying tracks to date. In fact, the opening volley of songs might each be what one might refer to as—depending on how liberal your definition—jams. Opener “Year of the Glad” announces itself auspiciously, with Stern wordlessly yelping atop Millions’ galloping beat. “Everything’s starting now,” Stern chirps between successful attempts at turning monkey noises into a hook, and in less than four minutes she’s ran through a verse, a chorus, and a bridge without breaking much of sweat. Her guitar bends like taffy throughout “You Don’t Turn Down,” scurrying from colossal, power-chorded peaks through naked, strummed valleys, her lyrics about emotional congestion mirroring her and Millions’ dynamic gait. “Noonan” similarly trots with confidence as Stern sings, “Don’t you want to be somebody,” as if she’s now fully found her voice and is offering encouragement to those inspired by her fearless evolution. “Nothing is Easy” and “Immortals” are a closer approximation of what we’ve come to expect from Stern, mantra-like and slightly mannered, but with a continued air of the inspirational (“You don’t need a sledgehammer to walk in my shoes” goes the former; “I’ll come and find ya,” the latter).

The second half of the record sees the duo losing a bit of the momentum built up by the opening gambit. The title track promises a continuation of the chiseled, energetic outbursts of the proceeding side but instead has to play as a shot of adrenaline to last for the next fifteen minutes or so. “Still Moving” doesn’t quite live up to its title, loosening the grip on the more structured principles employed earlier, while “East Side Glory” finds Stern delivering her most conventional riff alongside a sing-song melody that (perhaps intentionally) lacks the conviction of her more demonstrative work. And then “Proof of Life” rumbles to life on the back of storm-gathering percussion and (…wait for it) concentrated piano chords. Thankfully Stern and Millions mostly come through on the drama, building to an emotional and musical climax by simply flashing rather than overextending their chops. Stern’s repeated request of “C’mon, c’mon, c’mon” on closer “Hell Yes,” then, works as both reestablishment and reminder of her most efficient gear: “All I’ve got is time,” Stern defiantly proclaims as her guitar careens alongside Millions’ advancing army of a beat. And hopefully with a little more, Stern and her new partner will learn to spread this restless spirit evenly across the length of a collaboration.