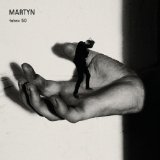 Whenever industry magazines and websites compile their lists of the best clubs in the world, Fabric is invariably close to the summit. As well as all the usual prerequisites (soundsystem, line-up, etc.), the London club has something that the likes of Berghain and Warung, for all their epicentral coolness or sumptuous location, just can’t deliver right now: a remarkably prolific compilation series that distils the club’s essence to something that can be disseminated all over the globe.

The Fabric and FabricLive series have been running since 2001 and less than a decade later they’re approaching 100 iterations without using the same DJ twice. The only other clubbing brand that could release mixes from world-class DJs every month is the Ministry of Sound, but they’re far too busy wringing the last stubborn coins out of ’90s dance anthems to bother. No surprise then the Fabric series has become a benchmark of what is hottest and most credible in clubbing—with an understandable bias towards English taste.

With that kind of reputation, the 50th entry into the series comes under inevitable scrutiny. While many fans wanted a legend to step up to the decks to mark the occasion, Fabric have carried on as usual and chosen Dutch dubstep producer Martyn. Paradoxically, utterly refusing to do something different or special for the milestone becomes a statement in itself: the selection of Martyn not only reaffirms the brand’s manifesto of staying on the cutting edge of club culture, it says a lot about that cutting edge. The implication is that dubstep, which until now would have fallen into the FabricLive sub-division of breakbeat and bass genres, has finally usurped the tech-house coalition as the most important sound around.

Of course, it isn’t so simply put; Martyn is only labeled a dubstep DJ to save time. Across 71 impressively varied minutes, Fabric 50 becomes a summation of the Fabric spirit: a genre-hopping excursion that sums up just about everything currently big in dance music, from abstract hip-hop to Detroit techno via acid house, UK funky, and, yeah, dubstep. Needless to say, Fabric 50 has something for just about everyone who usually tunes in to the series, but it plays out less like any Fabric mix I can remember than it does like Coldcut’s massively influential 70 Minutes Of Madness (1995), the disc that inspired this kind of fast-moving eclectro set in the first place.

Like Coldcut’s opus, Fabric 50 is primarily an exercise in giving dancefloor-orientated rhythms home-listening value through unlikely juxtapositions and percussive gear-shifts. Breaks segue into house thumps and out into skittery 2-step broken beats with an implausibly seamless disregard for tempo gaps. Martyn’s style is built around unfussy and surprisingly imperceptible transitions, enjoyment derived less from how he gets from A to B than the fact he is going from A to E and then to K and still spelling out a coherent sentence.

To that end, he succeeds: Fabric 50 is an impressively well-constructed album that makes the notion that other DJs only mix one of these styles for hours at a time seem faintly ludicrous. Although it takes a couple of listens to notice the method in the madness, a noticeable journey emerges. The first eight or so tracks are skittery rhythmic weirdness of various forms, almost devoid of heavy bass, but via selections from Roska and Kode9 the mix arrives at the conventional techno thump of Redshape and the squelchy acid house of Levon Vincent’s Air Raid (2006), 909s hitting hard. It’s all the more technically accomplished because, as Martyn is quick to stress, everything is done through sleight-of-hand rather than laptop trickery.

The only problem is that, while it’s impossible not to admire what Martyn does or how he does it, I just don’t find this mix massively enjoyable. Fabric 50 moves briskly like a party record, but aside from Hudson Mohawke’s opener, which channels Rick James levels of camped-up funk, the tracks themselves are just a shade too austere to be much fun. Even the most devoted audiophile doesn’t have Fabric’s soundsystem at home, and without that enveloping volume and bass some of the magic is inevitably lost. Trouble is, there’s precious little in the way of hooks, vocals, or leftfield inclusions to compensate. Coldcut had the freedom to crate-dig and pull out Joanna Law or the Doctor Who theme to spice things up; the best Martyn has is a momentary injection of punk courtesy of his remix of Detached. Limited by the need to be up front about everything it does, Fabric 50 is sorely lacking in explosive moments.

While Martyn cuts the mix loose for the final few tracks to jump wildly between the brooding bass of his own “Vancouver” and the ear-shredding rave hoovers of Jan Driver’s “Rat Alert,” it feels less like a madcap closing sprint than the work of a DJ who doesn’t really know what to end on. The FlyLo-esque abstract hip-hop of “Trilingual Sex Experience” is neither an anthemic finale nor a meditative come-down and so is an aptly awkward end to a mix that neither rocks hard nor chills out. 71 minutes of all-too-contained sanity.

It’s the same problem increasingly plaguing the Fabric series: mixes are faithful reproductions of what a DJ is doing on a Saturday night but there’s nothing in the format to bridge the gap between dancefloor and stereo (or headphones). Recent gems, such as LTJ Bukem’s FabricLive 46 (2009), had more to do with the latent versatility of the given DJ’s style than how they’ve adapted. Martyn’s genre and rhythm play certainly goes further than most, but as he says himself, “Fabric 50 is sort of a temporary moment in time rather than the definitive Martyn mix.” The hardest part is figuring out to what moment in time Martyn’s referring.