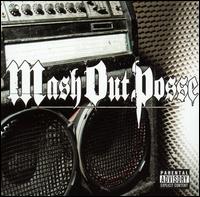 Harold hadn’t been ready for the Great Indie Kid Slip Into The Mainstream. Suddenly, all around him, skinny Bolsheviks who studied at “the university” and pretended to like Guinness were air-drumming, air-scratching, air-slapping to the Top 40 hit list. Harold had been caught completely off-guard; he felt lost in a world of Britney Spears and Ying Yang Twins references. “But most of this music sucks ass,” Harold tried to declare. It came out sounding more like a question. Ernest slapped him on the back and laughed, “You’re just not used to it, Harry. You don’t get the pop appeal. You poor, sad bastard.”

Harold’s mind reeled. He decided to get ahead of the game. What brand of music had not yet been revered by the music literati that he might latch onto first, what genre could he laud for its populist value with an ironic wink and a lewd gesticulation, what would give him the advantage over Ernest and all the other skinny Bolsheviks who studied at “the university”? For a week, Harold wavered between contemporary country and modern lounge before the answer revealed itself unto him to the tune of something that sounded like Queen’s version of the Hallelujah Chorus. Rap rock. Harold giggled. Brilliant.

Harold eased himself into the genre. He started with not rap rock but some heavier hip-hop like Public Enemy. He moved onto Rage Against The Machine, and all was well. After a couple weeks, he made a big step by accepting Linkin Park, and was eventually able to go as far as Limp Bizkit. Harold felt lifted on wings of elation. Yes! Chocolate Starfish and the Hotdog Flavored Water was his shit! The music was wretched, but already Harold had started to shout along with the inane lyrics while acquiring body piercings that he hadn’t thought possible.

Nothing could stop him now. Or almost nothing. It would take an album with rapping weaker than a Ja Rule B-side and music that sounded ripped from the “hard rock” CD in a radio station’s production library; it would take all the awfulness that could be mustered by some flow-deficient bumpkins over sub-par, scratch that, sub-human guitar riffs and drum fills. That’s what it would take to stop him. Harold listened to the Mash Out Posse self-titled debut, the rap rock side project of rappers M.O.P. And Mash Out Posse crushed his little heart. He ripped out his nose ring. Naturally, weeping followed.

A few weeks later, Ernest saw Harold moping in the folk section of a local record store. “Hey, Harry, who’s your flavor… Peter, Paul, or Mary?” Harold lifted his eyes and a spark flashed in them. He squared his jaw and pointed his nose up at the ceiling with a perfect 45 degree angle. “I’m delving into rap rock, Ernest. It’s the anti-trip-hop, and it’s going to be just as big. It came around once, and we let it go, but it’s gonna come back and bite all of you in the ass. Just like that Kylie Minogue chick did.” Ernest grinned and chuckled. “Rap rock? C’mon, Harry, we did the whole rap rock re-evaluation shindig last year.”