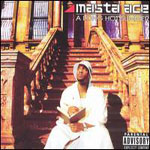 The word “retirement” often conjures a host of images and names, a world of beaches, booze, blithe nurses, condominiums, gated communities, canes, cigars, prune juice, prune bodies, Centrum Silver, Ovaltine, golf, good parking spots, massive sunglasses, Viagra, and any number of distractions from the fact that it’s all winding down. When Masta Ace announced that he would retire from rap after A Long Hot Summer, though, the connotation was different. Instead of frail bones ready to indulge in the remains of the day, here stood a still vital man decrepit by the standards of his industry, a business that’s paid him little beyond the status he built with the Juice Crew and his early solo albums. While conceptually a prequel to Disposable Arts (2001), A Long Hot Summer is nothing less than the final summation of a long hot hip-hop career, what Masta Ace might look back on as the most toilsome yet golden season of his life.

Seven of the tracks here work as a storyline that tells of how Masta Ace came to be incarcerated in the jail that Disposable Arts releases him from. Skits are always questionable in their inclusion, but the tale here is at least amusing, supporting player Fats Belvedere coming off like Joe Pesci in a Scorsese flick. And, certainly, much can be forgiven with the prominent usage of “Goodbye Pork Pie Hat” by Charlie Mingus. Songs are sequenced in small blocks of two and three that roughly correspond in content to the story scenes they fall between.

Through it all, Ace passionately brings to life his own true story, describing the things he loves and hates, that which has disappointed and angered him, that which keeps him going. There’s nothing particularly sophisticated about Ace’s song concepts, rhyme schemes, or flow. In fact, the technical aspects of his rapping occasionally border on the elementary. Yet, his performance on the microphone is anything but juvenile. Masta Ace’s maturity informs his simplicity; experience strengthens the straightforward so that his words come methodically and sincerely. Eminem has claimed Ace as an influence. Eminem’s even been accused of biting Ace’s style. If the latter‘s true, Eminem must be aware that he can’t bite Ace’s heart, and so he uses acerbic punch lines and a more exaggerated cadence to substitute for that crucial ingredient.

With love tested by fire, Masta Ace embraces his Brooklyn birthplace on tracks like “Big City” and “H.O.O.D.,” the former more successful thanks to its smashing Dug Infinite beat as opposed to Nostradamus’ tired Kanye copy on the latter. 9th Wonder, too, might catch some criticism for his “Good Ol Love” organ and soul sample, due to its sounding like a RZA lift. Nonetheless, it’s perfect accompaniment for Ace’s bittersweet lyrics of devotion to hip-hop, a topic and a feeling that reappears on other album highlights like “Da Grind” and “Revelations.”

However, “Beautiful” might be the highest of the lights, its title aptly fitting its own nature. Blending his various sonic elements into a rich harmonic, Koolade makes a compelling case to sample purists for synth-reliant beats as a viable production alternative. The mood created sets Masta Ace on a night walk down the street, flitting flares from silent fireworks marking out the contours of his face as he explains his idea of beauty: “The most beautifulest thing ever/ And it’s here to bring terror to the bling era/ You can feel it in your inner/ It’s like grandma’s house, Thanksgiving dinner/ It’s like a day in the park/ Or at night, when you get the ball, and you play in the dark.”

By contrast, the next track is not a convincing testament to synthesized muzak, nor a haven for sentimental lyricism, but DR Period provides a key line on “F.A.Y.” that’s damnably catchy while Ace and Strick spit clever vitriol at the biz in a manner that will surely entertain Slim Shady (if he‘s still listening). The hip-hop veteran mentality becomes in turns playful and serious with the rest of the album, and while Ace pulls it off with aplomb, it doesn’t strike quite as balanced or resonant a chord as the first batch of songs. Thus, A Long Hot Summer feels front-loaded despite being thoroughly solid (with the exception of skip-worthy “Oh My God,” producer Xplicit doing his “best” imitation of The Beatnuts on a song that features them). The album’s last third does contain two stand-outs: “Wutuwankno,” wherein Ace corrects hip-hop’s sewing circles concerning himself, and the aforementioned “Revelations.”

In the last skit, Ace tells Michael Rappaport that he’s probably not going to rap any more because “…you reach a certain point, it’s like no one’s trying to hear you. So, fuck it, why waste your breath?” However, “Revelations” follows, and, yes, that’s the name of the last book of The Bible, but there’s also the meaning of the word along with the hook, “I keep moving along/ Keep bringing it on/ I keep singing a song/ Try and listen in.” For the first time on the record, Masta Ace’s voice sounds slightly vulnerable and uncertain. He co-produces the track with DJ Rob, and the beat’s an admirable combination of classic rock acoustic loop with live bass and keyboards. It sounds like a new beginning, not an end. Fresh rumors whisper that Masta Ace calling A Long Hot Summer his last album was a shrewd business move meant to help get his fledgling M3 label off the ground. And, when it comes to star players, retirement in rap’s about as final as retirement in sports. Still, if this really is his swan song, then Masta Ace has brought a new sort of validity to the idea of hip-hop retirement, one that doesn‘t involve gangsta martyrdom. He’s made retirement a way of encapsulating and sealing one’s body of work with an effective stamp, a way of bringing closure before opening other doors.

Jay-Z hears this album, and he’ll have to put away the prune juice.