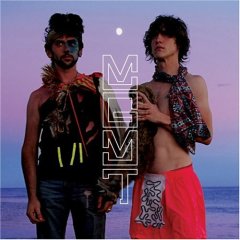 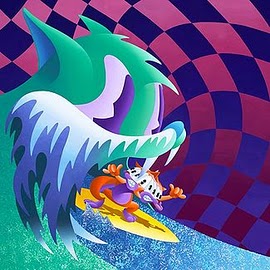 Congratulations is a pretty strong submission for MGMT to be the next Pink Floyd, but unlike the Flaming Lips, their probable rivals for the title, MGMT is a long way off from humorless jams and serious commentary. Which begs an important question: does the world need another Pink Floyd? Better question: do people still listen to The Wall (1979) because of the crushing aura of self-importance, or despite it? If the answer is the former, then Congratulations might definitely be self-sabotage, a reaction, raspberry-ready, to all the notoriety and commercial viability their major label breakthrough, Oracular Spectacular (2007), garnered. If not, they have now offered up a fine resume-builder with a song suite or two and psychedelic reverb care of Steve “Sonic Boom” Kember (past producer Dave Fridmann is thankfully given a tangential role). MGMT have created their classic “grower,” in other words.

As was the case with the best Floyd, or with the hipper ’80s-by-way-of-‘60s reference points to which MGMT points (Felt, say), this’ll only be tough for the tweensies who file their copies of Spectacular next to Owl City. Of course, similar contemporary bands have faced similar challenges regarding their audience, but because what MGMT is now doing lacks the stringency of the Fiery Furnaces or the sluttiness of Skeletal Lamping (2008), to ping a few examples, there’s nothing expressly cultish for the indie crowd to get off on. And maybe that’s their problem (because they so obviously have one): the delayed-chorus’d, effects-washed kind of music that MGMT clearly wants to make is a dead-end classic rock trope that neither shocks nor taps into an ongoing tradition. When bands like XTC side project Dukes of Stratosphear (to name the most obvious example) playfully fiddled with effects while mashing up some psychedelic pop nuggets, they’d carried a tacit acknowledgment that it was all still a joke, as if the failures and cul-de-sacs of an earlier era require apology.

But as winking as MGMT can be, there isn’t anything slapdash or ironic about Congratulations. “Song for Dan Treacy” begins, appropriately enough, like a quick, lush Television Personalities cut. Yet, for all its side-glances into surf organ and psych squiggles, or its crescendo of a coda, the most winning thing about the song is how earnest a tribute it is to the band’s befuddled junkie mentor. “He spends his time, or maybe half of his time, or maybe part of the time wandering” it begins, Treacy now a character from one of his songs; the way the band plays their fanboy tendencies as straightforwardly as possible affords “Dan Treacy” a replay value that would otherwise depend entirely on novelty. Instead, they build tension through repetition, and use light self-consciousness to pull off such affectionate lyrics.

In other words, in their idolizing glee, MGMT finds accessibility, striking a balance between what their fans expect and what they no longer want to be. Tracks like “It’s Working” are fizzy, sometimes even gooey, impatiently current versions of what once were long, meandering jams. Filtered through the paranoia of unasked-for fame, the lyrics dip knowingly into the band’s druggy vibe and the album’s heady rep before logically finding their way to something profound: “It’s working in your blood, which you know is not the same as love / Love is only in your mind, and not in your heart.” All along the synths, guitars, and strings are building, building until it’s all over before it all even had a chance to start working. And so play again.

But Congratulations can sometimes still be an unwieldy object—the page and a half of lyrics in first single “Flash Delirium,” how the twelve minute “Siberian Breaks” only starts to get parsable after all the more accessible parts of the album have been seemingly squandered. More than other comparably over-stuffed records, certainly more than the silly throwbacks of stated influences like Deep Freeze Mice, there’s a real sense that everything here is purposeful, layered, poured over, and imbued with equal exuberance. If I think “Lady Dada’s Nightmare” is a stuporous outtake from At War With The Mystics (2006), that may just be because I’ve spent so much time concentrating on lyrics both comic and reverent, nostalgic and worried, blissful but counterintuitive. “Lady Dada’s Nightmare” has no lyrics; for now I’ll accept it as necessary filler, believing nothing here to be unnecessary.

While MGMT may no longer peddle the kind of instant-pleasure-point melodic textures that propelled the band’s most well-known songs into so many playlists, they’re up to something far more interesting: releasing a major, mainstream objet d’art without for a minute fooling themselves that it “matters.” I like to think of each song starting with some kind of joke—Brian Eno as a magical mystery man, surfing in Russia, the titular congratulations just a pat on one’s own back—and, through sheer force of fussy pop music, turning into something bigger, something visceral, something even elemental. It’s a rare thing, one to savor, to witness a band like this work so tirelessly at not caring—“out with a whimper, it’s not a blaze of glory,” starts the decidedly Floydian title cut—even more so because it’ll probably never happen again.