Other Records by Micachu & the Shapes 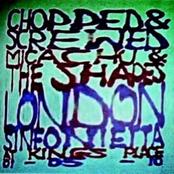 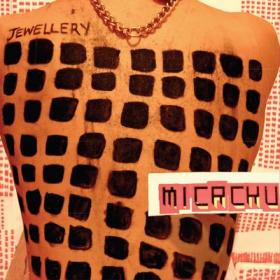 Micachu, the experimental pop project of 21 year old Mica Levi, and Jewellery, her wonderful debut, are difficult to categorize or describe, which puts both in the unfortunate position of being incongruously pigeonholed as exactly that. People will no doubt tell you that Micachu is “weird,” “bizarre,” and “quirky”; I’ll get to why this is a problem—including some should-be-obvious reasons as to why it’s actually just inaccurate—but first I want to belabor for a second exactly what kinds of things are being said, because this is an album that benefits definition in opposition to what it’s been specifically touted as. In other words, in order to properly illustrate why Jewellery is terrific I need to fully explain what it is not.

In the same way that any throaty male is immediately Tom Waits-like, critics seem to approach any female who doesn’t sound like Neko Case or Leslie Feist as totally bizarre. What such declarations indicate more than the uniqueness of Levi’s voice is the narrowness of parameters set for what constitutes normal. It’s odd to read descriptions of her vocals being “hollered” or having a “delightful burr” when nowhere on this record do they approach either. The sum total of these descriptions seems to be nothing more than “she sounds weird, but, like, good weird.”

Which is not to suggest that Levi’s voice is anything less than compelling. Her delivery throughout Jewellery is assured and distinctive, ranging from the casual and potentially flippant speak-sing popping up on “Wrong,” “Lips,” and “Sweetheart” to the more dynamic (and more markedly traditional) singing found on “Calculator” and “Turn Me Well.” What’s most intriguing about Levi’s voice, though, is that it is seemingly genderless. I won’t go so far as to suggest that Jewellery is out to deconstruct gender roles or obliterate the fetishization of the sexualized woman-as-object in contemporary rock music, but Levi’s androgyny—the impression being more gender-free than gender-ambiguous—is striking and refreshing.

I’ve scoured the internet for advanced reviews of Jewellery, and the following words were used by various blogs and publications to describe the music: “adorable,” “ramshackle,” “childlike abandon,” “grimy,” “primal,” “jarring dissonance,” “a little scary,” “artsy,” “willfully primitive,” and “dementedly otherworldy.” Once again the general thrust seems to be that Micachu is just weird, and not much else. As unconventional as it may be, this is certainly not the focus of Jewellery.

Unlike the approach heard on this year’s much-lauded Wavvves, where a distinctive aesthetic (in that case, lo-fi) was reducible to simply imposing layers of guitar distortion/noise atop rudimentary pop melodies, Micachu’s similar formula is distinguished by its disinterest in frivolity. The tendency to simply add more to songs which are themselves underwritten and underdeveloped was apparent across many of last year’s critically revered records, from Crystal Stilts to No Age. Effacing simplistic songwriting with stylistic excess is a cheap trick, but it’s not one used by Micachu. Jewellery‘s thirteen songs can’t be stripped down, its embellishments and flourishes can’t be subtracted, because these songs aren’t merely buried beneath or obscured by these distinctive gestures, they’re comprised of them. The oddities aren’t crammed in to distract the listener from an underlying vacuity; rather, they’re the mismatched parts which compose the unified and cohesive Pop whole, contributing to (but never detracting from) the big picture.

A lot’s been made of Micachu’s unconventional approach to instrumentation, with references to her use of homemade guitars, household appliances, and various other bric-a-brac. Significantly, Jewellery‘s producer is the wildly acclaimed Matthew Herbert, whose own proclivity for bizarre instrumentation and strict “no samples, no synthetic beats” approach has been overemphasized and glamorized by critics. But what always struck me as odd about these contextual references with regard to Herbert is that, while there’s a level of distanced appreciation in an awareness of his “everyday sounds” approach, such factors mean nothing in the face of the music itself, where the difference between a horn sampled and one recorded by himself is difficult to discern.

Which is precisely why focusing on Micachu’s unusual instrumentation is beside the point. Though Mica Levi and her production partner may have crafted a record out of sounds not traditionally associated with the genre, what’s more significant is that they’ve still managed to craft what is unambiguously a pop album—one which tackles broad themes (sex, love, break-ups) and which, if you’ll be so patient as to allow it in, can be genuinely moving. For instance, the album’s most sincere song, “Turn Me Well,” also has the most ostensibly quirky approach to instrumentation and production, prominently employing the sound of a vacuum cleaner. Yet fixating on that neglects to consider the song for what is: heartbreaking, deeply considered, and quite beautiful. “You’ve squeezed my heart so tight tonight / You must return it before you leave / Get to me and turn me well / I’m a tired soul,” Levi sings, sounding more like Tom Waits in sentiment than in delivery. Jewellery is fit to burst with moments of glee (as on “Just In Case,” where Levi quips that she “won’t have sex ‘cause of STDs!”) and heartache (“I think my love is wrong / I think I’m inside out”), and it would be a shame to miss out on the fun because of a resistance to what at first might seem like a gimmicky use of bells, beeps, bloops, etc.

Jewellery is an album with a penitence for style, yes, but it never neglects the substance underneath. When Levi sings “‘cause, ‘cause, ‘cause I could eat your heart, ooh!” on standout “Eat Your Heart,” it’s at once a beautiful (if potentially creepy) sentiment and just spectacular to hear. Things are reigned in slightly on “Golden Phone,” which is to the rest of this record what “Single Again” was to the Fiery Furnaces’ catalogue: a perfect two and half minute pop song, as catchy as anything you’re likely to hear on the radio and twice as creative. “Ship,” featuring the only guest vocals on the album (and its only foray into hip-hop, which Levi was allegedly more involved with in her previous artistic endeavors), is less successful, especially following the gripping “Eat Your Heart”/“Curly Teeth”/“Golden Phone” suite and relative slow jam “Floor,” which features some biting breakup lyrics: “I think I’ve made a massive mistake / I’ll take you back and exchange you.”

Whether Micachu are going to break out with Jewellery is anybody’s guess. But, given the superficial reactions thus far, my fear is that the hype will bring a wave of backlash and offhanded dismissal, which would be tremendously unfair. Micachu’s album has all the markers of quirky chic—an unusual voice, a fairly well-known producer, and a distinctive approach centered around pastiche—which for some will be enough to keep from digging any deeper. Those detractors won’t just be missing out on a fun, inventive debut from a talented young artist, they’ll be missing out on a genuinely affecting pop record.