Other Records by Mike Doughty 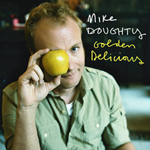 On Mike Doughty’s live solo record , we get a candid portrait of a singer who is funny, self-aware, deeply invested in pop culture, and playing a guitar. The album features several songs that would go on to be on Haughty Melodic (2005), an album that many people derided for its “overproduction,” which is a generally fair assessment, even though I don’t agree with it. (One exception: Dave Matthews’s atrocious vocal addition to the otherwise great “Tremendous Brunettes.”) One of the reasons that album rang true with me is that I’d heard many of the songs in their stripped-down version from this live album. “Madeline and Nine,” “Busting Up A Starbucks,” and “His Truth is Marching On” sound great here, and the addition of some sheen made them shine brighter to these ears. Haughty Melodic was a summer soundtrack record, and a lot of girls I knew liked it, too.

But back to Smofe + Smang. Buried in the album is a little track called “Lisa Ling and Lucy Liu,” a funny ode to beautiful Asian women and a meditation on finding love in this crazy media saturated world. One of the reasons the song sounds so fresh in this context is that the whole album is filled with pop culture banter surrounding fame and MTV. Even the more political “Starbucks” has a great line about “James Van Der Beek and the sisters from Sister Sister.” It’s a perfect example of who I’ve always imagined (and perhaps wanted) M. Doughty to be. It’s candid and smart. When someone yells, “I want to be you,” he replies coolly, “It’s not hard.” Watch TV, play a guitar, repeat.

Lisa and Lucy are gone, and in their place are 27 Jennifers. It’s the same song, and the same chorus, with our filmic starlets replaced by the generic Jens that Michael went to school with. It’s a funny song, and a surprisingly “produced” one. There’s a low horn—a tuba or a baritone sax—and a tambourine, a piano, and a wobbly electronic wave that enters only as the song fades out. It leads nicely into “Down on the River by the Sugar Plant,” which is dominated by electric piano, synth strings, and a rudimentary drum beat. The song still has energy and yearning: “You might be girl who can end all girls.” Here, the Jennifers give the song something more real than his former movie star fantasies. Out of the context of show banter and within the context of a “solo record,” the song not only works, but it works well. It shows, dare I say it, “maturity.”

It’s four years later and the Jennifers are back, a hideous conglomeration of Medeski Martin & Wood meets Tegan & Sara. Everything we’ve heard surrounding the narrative of the Jennifers has been blown up into Macy’s Thanksgiving Day Parade proportions. The electric piano is grooving and adding flourishes to the end of nearly every line. The guitars are electric and driven. There’s an 80s synth solo. There are cymbals fucking everywhere. That wobbly wave comes in, I think, with about 30 seconds to go. It’s this song’s one tenuous connection to the past. I don’t feel betrayed, that’s not the right word, but I feel like a sucker for being one of the people who said, “No, all this production isn’t necessarily a bad thing.” I feel duped.

The album overall, however, has a more than tenuous connection to the past. In fact, it’s steeped in it. Album opener “Fort Hood” initially seems like it’s about Doughty’s childhood—he was raised on military bases. In the way that Okkervil River appropriates “Sloop John B.” at the end of The Stage Names (2007), Doughty calls on “Let the Sunshine In” by the Fifth Dimension. But I think it’s an anti-war song, one that expresses both his exasperation at the events overseas and the disconnect between older war sentiments (expressed through the Fifth Dimension) and a new generation of young people going off to die. To the youths, Doughty instructs, “You should blast Young Jeezy with your friends in a parking lot.” Even though this is perhaps the album’s best song, it shows Doughty paralyzed between two worlds that he used to occupy with confidence: observer and satirist. Hearing him say “Young Jeezy” feels weirdly out of touch.

Besides the rehash of “27 Jennifers,” “Put it Down” harkens even farther back. Yes: the Soul Coughing days. The song is a cross between the mega hits “Super Bon Bon” and “Circles,” an exercise in meaningless wordplay that is fun to listen to, especially when the trumpets kick in, but it leaves you with nothing. “More Bacon than the Pan Can Handle,” however, leaves you with less than nothing. You will like Soul Coughing less after hearing it. That’s all I want to say.

“I Wrote a Song About Your Car,“ is another opportunity to be self-reflexive, funny, and musically interesting that Doughty completely misses. Of course he wrote a song about your car, he wrote two of them on his last album (“White Lexus,” “American Car”)! Now he is writing a song that isn’t really about a car, because it is about a woman who he hits on immediately after a car crash (I think). He sings that the song he wrote about this car is “fine and feckless.” Unless feckless has a new meaning, he’s absolutely right. I’m not sure if foregrounding that makes the song any more listenable.

“I Wrote a Song About Your Car” also includes the one line that shows, perhaps, how Doughty has moved into self-worship and misunderstanding. He sings, “All the days that I’m alive I strive to understand / Not to be understood.” This is kind of amusing; on a basic level the album does contain an overabundance of the nonsense syllable scat stylings that seemed to fade away with the end of Soul Coughing. But, on the other hand, Doughty is a songwriter, and that’s what we like the most about him. The hour-long live record gives us a guy who spoke cleverly, but clearly. Golden Delicious confronts, rejects, and reinterprets his own past, which simply leaves me longing for a return to it.