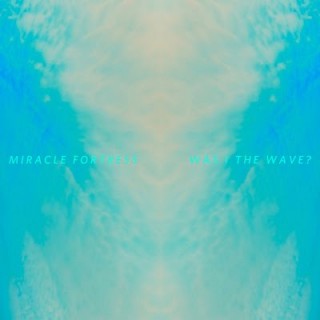 Was I the Wave?

Moving to Quebec (and Montreal in particular) from elsewhere in Canada is something of a mindfuck. Not only is there a flip in official languages—so that an inability to scrape “r”s across your palate marks you as an outsider, and regional dialects change block by block—but there is history: actual textbook, dead-white-guy stuff that makes it seem like everything important in post-colonization Canada from Jacques Cartier to Pierre Trudeau to the Arcade Fire came from right here, this bagel-studded hub on the St. Lawrence River.

In the last decade or so, Montreal’s sense of cultural importance has only grown, largely due to what’s happening here musically. The most important bands the city has produced are not just big, but iconic (think Leonard Cohen, Godspeed! You Black Emperor, and, of course, the Arcade Fire), and the gaps between them are filled with a pretty respectable group of standbys (Wolf Parade, Chromeo, Kid Koala) and up-and-comers (Braids, Grimes, Little Scream), all of which set the bar pretty high for other municipalities vying for the title of Cultural Capital. From outside, it is easy to imagine these groups are all in it together somehow, floating in an incredible primordial soup of creativity, and occasionally popping their heads up in various configurations to release albums. This theory of interconnectedness is probably what led me to go see any band touring to my hometown with the words “from Montreal” scrawled beneath their name on a poster, however shittily Xeroxed. However, since I moved to the city itself, what I’ve seen is that it’s not so different from other places: pockets of musicians working together and alone to create music of varying quality.

It is from this older and wiser perspective that I now re-approach Miracle Fortress, one of the Montreal artists floating in the gel of acclaim that lubes this city’s every musical offering, and creator of my favourite album of 2007, Five Roses. When that record dropped, it was swiftly vaulted into the annals of Canadian critical success and nominated for the Polaris Prize, but outside of that friendly national bubble, several reviewers accused it of ripping off Brian Wilson (in 2007, the official year of ripping off Brian Wilson!) and “failing to inspire awe.” Never mind that it had beautiful melodies for miles and an overall luminescent shimmer like a glitter-spackled swimming pool—it just wasn’t awe-inspiring. Of course, if being original and striking critics dumb with a sense of the sublime were requirements for critical acclaim, Best Coast wouldn’t have had such a banner year in 2010. So, perhaps part of the reason some were so tight-fisted with their praise of Five Roses was really that from Montreal bands, we do sometimes expect spectacle, expect boundary-nudging, expect awe. I mean, hello Colin Stetson!

So, for those looking for an epiphanic listening experience, I should probably mention right here that Miracle Fortress has once again failed to, like, shift the zeitgeist. Was I the Wave? is, like its predecessor, a solid, carefully thought out collection of songs that trades in nubbly textures and stealth vocal lines that hook into cochlea and don’t let go. In fact, that may be one of the only ways Was I the Wave? resembles Five Roses. The two releases will probably be classified in the same genre only because “indie rock” means pretty much everything. Was I the Wave? shows Graham Van Pelt (the man behind the fortress) following in step with the rest of us, transferring a penchant for ‘verbed out guitars to a lust for undulating synths and drum samples, and landing at a kind of anaesthetized dance pop. Something of Five Roses’ shimmer remains, yet here it serves as a green screen backing Van Pelt’s synth tinkering, robotic drums, and runs up to falsetto. The resulting “bedroom club,” as Van Pelt has dubbed it, is a little dreamy, but also little seductive. You know, recommended if you like: sleep sex.

There’s a little strangeness here, too. Van Pelt isn’t afraid of instrumental tracks, which allow him to flex his studio muscles, stewing and stretching various sounds, holding them up in various states of melt. He also doesn’t resist the urge to take what might be a three-minute pop song and derail it, as in “Tracers,” which seems to be a straight up 808-inspired dance nugget until it drops all melody and veers into a straight 75 seconds of (I’m going to use some technical jargon here) doop-a-doop-a-doops. The series of bippy notes starts sparse but are soon layered, and as they multiply over the unceasing drum machine, internal melodies emerge, not quite tonal, but contoured, like chains of bubbles popping, like ordered patterns of mold surfacing in petri dish culture. It’s, well, kind of weird. So while Van Pelt’s music couldn’t accurately called experimental, he still has his moments of smearing his fingers around in paint.

And no matter which tropes he’s working with, Van Pelt can always rely on his melodic sense to keep them from feeling played out. He doesn’t have the earth-shattering vocal abilities of some of his compatriots, but his melodies are undeniable—catchy, but subtle enough that when he kicks the intensity up a notch, it is more affecting than a cavalcade of carefully orchestrated harmonies. I mean, when Fleet Foxes sing, the sky opens up and the heavens ring, and blah, blah, blah, but in “Spectre,” as he articulates how it feels to be losing a game of catch-up and sings, “Try to feel the way we felt much younger,” Van Pelt reaches a higher plane without even raising his voice.

Miracle Fortress has never been at the forefront of trends. Graham Van Pelt sits a few seats back taking it all in, and makes his appearance just before the curtain closes on a particular fad. He was the sun-kissed ’60s just when indie was getting sick of pretty, and now he’s apparently in on the ’80s-nostalgic dance pop, just when the slacker ’90s seem to be making their comeback. And so, in answer to this album’s titular question: no. With all due respect, Miracle Fortress was not the wave, at least where “the wave” is a metaphor for the thrust that pushes the world forward. Van Pelt is not designing sounds to blow us into a new paradigm, but crafting textures to drawn us in, to subsume, to mesmerize, and perhaps, through a combination of these effects, to softly awe. The album’s cover is probably a better indicator than its title of what can be heard between the grooves of this record. Though Van Pelt is not the wave, he may be the endless blue.