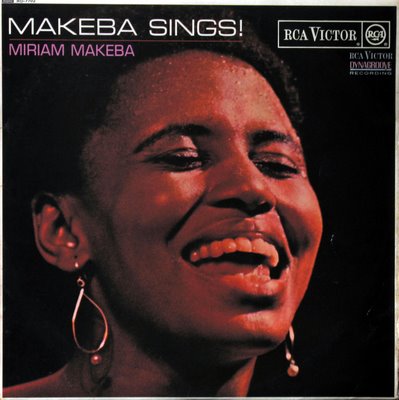 Miriam Makeba, the multilingual singer affectionately known to the world as “Mama Africa,” had a turbulent life, in large part because of the odious presumptions and endless roadblocks of apartheid. The Afrikaner government of her home country, South Africa, tried to negate her with thirty years of exile—barring her even from attending her own mother’s funeral. But instead of silencing Makeba, her exile laid bare the cold cruelty of South Africa’s dysfunctional system, as well as racism across the globe, amplifying her rich, soaring voice on the world stage.

By the time South African apartheid fell in 1994 the world was a more open place, but Makeba’s work was not finished. She devoted the rest of her life to a litany of good causes, and spent her final moments two weeks ago singing at a concert in Italy, in support of Italian journalist Roberto Saviano, who has faced dire threats for his bestselling book about the Naples mafia. At 76, still radiating energy but possessed of a thinning voice, Makeba sang her mouth-popping international megahit “Pata Pata,” then walked off stage, collapsed, and passed away.

History will remember Makeba mostly for her activist triumphs, no doubt. When it came to her music many of her obituaries dwelled on her two most famous songs, “Pata Pata” and “The Click Song,” and mentioned little else. But just as she was an important activist, in many places Makeba was as ubiquitous a pop presence as Louis Armstrong. Accordingly, she has left a huge body of recordings—including 28 studio and live albums, eight greatest hits compilations, and scores of videotaped live performances—that can be mined for lesser-known gems. In memoriam, music blog Global Groove has posted a download of Makeba’s out of print 1965 RCA Victor LP Makeba Sings. Released the same year as the Grammy-winning An Evening With Belafonte/Makeba, Makeba Sings finds the bold singer in a relatively straightforward context, delivering heartwarming tunes with fluttering tropical arrangements, the kind typically reserved for Disney scores. What peels this LP away from the bland conventions of retro calypso and exotica is Makeba’s searing voice, which spans at least three languages in 35 minutes and imbues captivating tracks like “Cameroon” and “Kilimanjaro” with an almost startling intensity.

If anything, Makeba Sings shows that Miriam Makeba was too smart, too passionate, and too dynamic a presence to be crammed into the staid format of the exotic ditty. Even if, like me, you were too young to witness her triumphant testimony against apartheid at the UN and never managed to attend one of her many farewell concerts, it can make for a nicely nostalgic listen. Put it on when you grow weary of the blizzard of live concert footage, LP rips, and photo-montage tributes posted on Youtube.