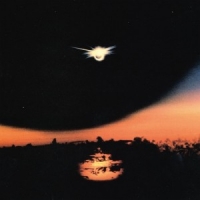 Recent indie collaborations have tended to fall into one of a few categories: the compatible (Ellen Allien & Apparat; Boris & Michio Kurihara; Angels of Light & Akron/Family), the unexpectedly appropriate (13 & God; Volcano Choir; Burial & Four Tet), and the, let’s just say, intriguing (Von Südenfed; Th’ Corn Gangg; and whatever you want to call that Gorillaz/James Murphy/Andre 3000 thing). On reputation alone, Mirrorring, a collaboration between ambient/drone soothsayer Liz Harris of Grouper and stark acoustic shaman Jesy Fortino of Tiny Vipers, aligns itself firmly within the first group. In practice, the results are just as seamless, their debut record, Foreign Body, an almost perfect fusion of Harris’s grayscale soundscapes and Fortino’s meditative confessionals. The alliance feels almost preordained, as if these two were simply sister galaxies orbiting one another all this time, only to just now converge and form an entirely new atmosphere, the terrain below dense but indefinable, a soft strata as likely to disappear from touch as it is to suck one down amidst its gathering weight.

If I find myself reaching for metaphors it’s because Mirrorring’s music is so intangible, so diffuse, as to be almost transient. So it goes that the more songwriterly aspects of Tiny Vipers would be mostly blanketed here by Harris’s enveloping drones—or, perhaps more obliquely, one could observe the negative space within Fortino’s long-form séances being continually inverted and magnified, the nascent ambiance of the Tiny Vipers aesthetic elevated to meet on head-on Harris’s methodically dawning sonic lattices. Opener “Fell Sound,” as Paul noted in his track review, is pure tension sans drama, a balancing act of held notes and wafting vocals, each element sanded into a precarious no man’s land somewhere between drone, folk, and industrial malfeasance. The song’s title feels notably declarative, as if these two have converged, cloaked individual personality, and left meaning to hang perilously between notes, as they symbiotically communicate as a single entity. If this is indeed a “foreign body,” then the transformation process has been a natural one.

Working within such ephemeral confines, however, while evocative, can counter-intuitively work toward a kind of surrender on the part of its creators, the tapestry they’ve weaved so seductive as to leave even themselves in awe of their own creation. So while Foreign Body lacks the consistently transcendent vocal vapor trails of Dragging a Dead Deer Up a Hill (2008) and the expansive yet lucid disclosure of Life on Earth (2009), it attempts to compensate via carefully textured atmospherics and an ingrained sense of space and duration. It should be noted that they don’t always pull off the latter, but in generously ceding ego, Harris and Fortino have created something that, at the very least, is greater than the sum of its ambiguous parts. All the constituent threads come together wonderfully on “Silent From Above,” perhaps not coincidentally the shortest piece here at just under five minutes but one that also single-handedly justifies the existence of this project. Though sequenced early on, it works as an eye-of-the-storm moment for Foreign Body, as Fortino’s piercing, unobstructed vocals hover ominously above methodically struck chords.

From there things become less confined by the strictures of Fortino’s streamlined cadence and instead finds the two sifting through Harris’s granulated landscapes. Harris’s vocals rarely take shape even in her work as Grouper, but here they’re even less defined, all wordless incantation and deeply angelic intimation. “Cliffs” and “Mine” each run to nine minutes or more, and often times all that keeps either aurally perceptible is Harris’s ghostly murmur, a pillow-soft anchor to these six-string, electro-acoustic ruminations. “Drowning the Call” and closer “Mirror of Our Sleeping” both embody their titles to intriguing effect, alternately conjuring dream states and the disorientations of waking life. What Fortino and Harris have done here and across Foreign Body is construct a kind of suspended reality, where the consequences of day-to-day life fail to adhere to their distended sense of duration. If you lose yourself along the way, all the better to come to amidst a swelling state of perpetual stasis, where one point along an arc can signal either the continuation of the unconscious or the beginning of a beautiful new journey.