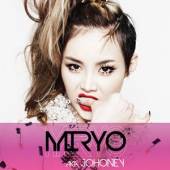 I wouldn’t exactly call myself a K-pop expert, but over the last several weeks I’ve become something of an obsessive. As a cultural phenomenon more than a genre, K-pop lends itself well to obsession of this kind, and although its artists hail from South Korea, you’ll find its hardcore fanbase is nearly universal. In South Korea, of course, it’s ubiquitous, and for the last five or so years the sound and style has saturated everything from ringtones to TV serials. But in North America, ever the capital of cultural relativism, we’re just now feeling the faintest reverberations of K-pop’s influence, and there are suggestions that its reach will finally extend even to us.

Girls’ Generation performed their English-language single “The Boys” on Letterman in late January; will.i.am has been working with 2NE1 for the production of their US debut; and Swizz Beatz openly pledged last month to bring the aesthetic over the border, claiming he’d love to produce a collaborative single for 2NE1 and Rihanna. There’s no guarantee that any of this will stick stateside, mind you—there’s a reason Rain remains best-known to American audiences as “that Korean guy in Speed Racer ” rather than “one of the most popular pop musicians in the world,” which is how just about everybody but us has known him for years.

So America has not proven particularly receptive to K-pop—not yet, anyway. But there are many reasons to pay attention to what most of the rest of the Western world has been ignoring, the most compelling of which is that it is consistently and rather overwhelmingly great. I’m pretty sure you could spend the rest of the year listening to nothing but new K-pop releases and by December you’d emerge with a top ten list to rival any other—and there’d still be a half-decade’s worth of classics to delve into besides. Even if you confine yourself to a cursory K-pop compilation—and for my money there is no more well-curated primer available than Trevor Link’s We Need To Talk About K-Pop mixtape, which is where I’d advise those unfamiliar with the genre to begin—you’ll hear more great pop songs in an hour than you’d hear on American radio in a year.

MIRYO a.k.a. JOHONEY is nothing like a quintessential K-pop album, nor is it especially representative of the genre entire. But of the half-dozen K-pop albums with which I’ve recently found myself infatuated, this is the one that stands out to me as the most uniquely appealing. So consider this a review of a good album situated in a tradition that requires some contextual explanation. Miryo, a 30-year-old K-pop star, is one of four members of the Brown Eyed Girls, an immensely popular girl group best known for their infectious electro-pop single “Abracadabra.” The B.E.G. have been releasing albums in Korea and Japan since mid-2006, and they had what was considered a major “comeback” last year with their album Sixth Sense (comebacks, by the way, are a widely adopted form of hype and promotion in the K-pop world, and you needn’t be away or unpopular for very long to have one of your own). Two of the group’s members, Narsha and Ga In, released popular solo albums of their own back in 2010, and Miryo’s own independent outing has been as warmly received as anything else the girls have done.

K-pop, I should note, has always been oriented around the worship of its idols, and girl groups like the B.E.G. are adored almost as much for being celebrity icons as they are for being talented musicians. American audiences approach pop stars with a similar focus on image, obviously, but there are two key distinctions: the first is that K-pop idols cultivate less overtly sexualized personae—which is why they’re so readily imported into China, where the government considers K-pop a comparatively conservative and wholesome alternative to fads from Japan and the US; the second is the almost total absence of cynicism in both how K-pop idols present themselves and how K-pop audiences receive them.

This sincerity allows the music to embrace and relish pleasure without the usual wearying, ironic distance that’s come to define contemporary popular culture in the states. If we can accept that pop music is predominately about pleasure, it makes sense that we should strive to get as close to the purity of that pleasure as we can. What I admire so much about K-pop is that there are so few barriers to enjoying its most basic virtues, and because it’s so ardently endearing about itself and what it wants to do, one never feels pressured to examine it from a safe distance.

MIRYO a.k.a. JOHONEY provides a pretty good example of how this endearing, pleasure-embracing sensibility plays out: Miryo herself is considered sort of edgy and rebellious in comparison to her peers, but she manages to project the confidence and charm of that character type without resorting to the cynicism or faux-depravity of, say, Lady Gaga, a comparable pop-rebel figure. You’ll often see K-pop idols employ what’s called aegyo, which is the quality of being excessively cute or, more self-consciously, “cutesy”—the shtick Katy Perry and Nicki Minaj have been milking is largely derived from this, though they do it with a more exaggerated and mocking wink. Sunny, one of the nine members of Girls’ Generation and one of the most singularly popular K-pop idols going, is known more than perhaps anyone else for making aegyo her defining feature, and I think it’s significant that she makes an appearance here, guesting on “I Love You, I Love You,” the album’s sole ballad. Sunny’s presence has the distinct advantage of softening Miryo while still rendering her edgy by comparison, and as a mid-record love song it functions as brief respite from the album’s otherwise gleeful spirit, rounding the whole thing out emotionally.

Its fleeting ballad aside, MIRYO is a dance-pop record through and through, with the anthemic opening track “Party Rock” setting the tone of much of what’s to come. With its sleek, full-bodied production and effective rap asides, “Party Rock” is one of the strongest album openers in recent memory. It’s a testament to the consistency of K-pop that every track that follows matches it in calibre, from the infectious lead single “Dirty” (banned from the Korean airwaves for its use of the term “cross-eyed,” which I’m not sure I understand) to the outrageously fun closer “Leggo,” featuring fellow B.E.G. bandmate Narsha. All of this feels designed to be maximally satisfying in a way that’s superficially but completely effective, and though it’s all very much calculated, it’s so well -calculated that it doesn’t much matter. It’s accepted that K-pop idols are almost always manufactured; talent agencies sign children while they’re young and train them for years to be stars, so by the time they hit the stage they’re used to a gauntlet of singing, dancing, and publicity. Insofar as the idols it produces are almost inhumanly perfect, the system clearly works, and if K-pop’s capable of delivering records as good as this one they must be doing something right.

I don’t know if K-pop will ever capture the popular imagination in North American quite like it has across the rest of the world, but if it doesn’t catch on it’ll be our loss. These guys have developed an industry built around an unprecedented wealth of talent, and it continues to yield pop music as good or better than anything you’ll hear anywhere else. MIRYO a.k.a. JOHONEY racks up more hooks in under twenty minutes than most greatest hits compilations do in twice that. And what’s utterly insane is that this is just one great album of very, very many like it.