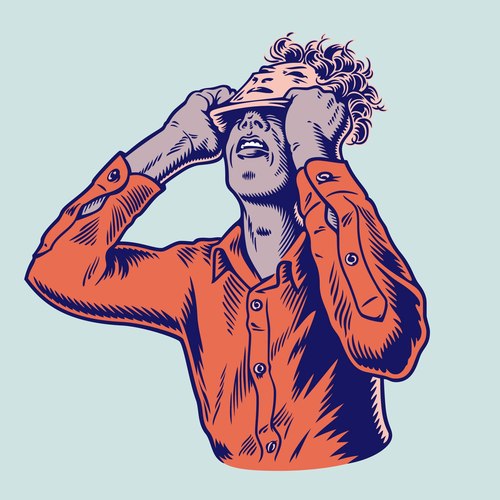 One thinks that combining the robotic efficiencies of both Modeselektor and Apparat (hence the clever name, natch) would result in a machine so sleek and economical as to instantaneously kill its listeners. Or perhaps some atomic-powered machine turned to “Uh-oh” levels that blow up its constituent artists’ conventional forays in messy and surprising ways. Isn’t that the point of collaboration? To forge strengths Voltron-like into invincible wholes or to interrogate and debunk each other’s formulas?

Well, no, it turns out. Moderat is neither the perfect killing machine nor the paint ball against the brick wall, but instead as obvious a combination as their name. Their sound is a homage to the two artists themselves, or possibly to the consistently excellent and immensely enjoyable Bpitch Control catalogue from which the two artists cheerfully spring. “A New Error” is the album’s opening statement and it’s completely counter to its title. The song is a recollection of prior successes, expectedly good in a way that never allows your skull to tangle its three or four laser-straight arrangements. “A New Error” marches a cloned army of Depeche Modes on the bastion of electronic music’s occasional excesses, wiry and taut and perhaps bloodless for its coldly indifferent readiness to sound exactly how you thought Moderat would sound.

Stranger is the album’s insistence on swinging dichotomous between modes, as if in overt recognition that these are two uncompromising artists each with their preferred way of doing things. “A New Error” runs like a train into “Rusty Nails”’ syrupy station, laying Apparat’s clinical mechanism under Moderat’s occasionally freer tendencies. “Seamonkey”—the obvious album highlight and most traditional of the album’s dance songs—crashes unknowingly up against the Tricky-esque “Slow Match.” The album’s back-and-forth sometimes jives with all the naturalism of incompatible spreadsheets.

And speaking of Tricky, “Sick With It” is as dumbfoundingly bad as that artist’s awful duo with baldy from Live, the song title and year of which I don’t care to remember. It shrapnels profundity, spewing it like verbal detritus over big silly synth strikes. It’s a clammy handshake, unintentionally demonstrating the contrite predictability of both artist’s formulas and the song resulting from their alignment, a facile return to tenets of late-90s electronic market-failures which stated that gritty-sounding drama had to be coupled with singers who flail about for the most obviously Important Sounding signifiers they can think of.

Which still leaves us with at least an EP’s worth of dependably great, if predictable, dance music from two of the genre’s venerable specialists. These include the ambient revelation/segue of “3 Minutes Of” into “Nasty Silence”; the driving if too-short and underdeveloped “Porc” brothers (#2 got the family looks); the patient if derivative late-album “No. 22” and slight reclamation “Out of Sight.” Moderat never combines as effortlessly and endlessly as that still-breathless collaboration between Apparat and Ellen Allien, Orchestra of Bubbles (2006), but it is alternately as enjoyable as seeing these two collaborate should be and a roundabout disappointment.