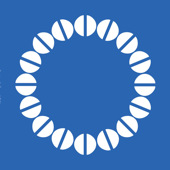 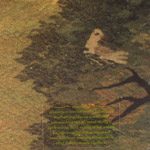 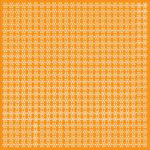 I hope it’s not too sprawling a suggestion that contemporary ambient records aren’t that removed—conceptually or aesthetically—from their original precedents. There’s been a preoccupation with spaces, from the now-rote interstitial antiseptics of Eno at his heady prime, to the suggestion of cosmopolitanism by Keith Fullerton Whitman. Read Dave Abravanel’s interview with Tim Hecker, whose tellingly titled An Imaginary Country CMG staff are primed to collectively lose their shit over. It’s littered with high-minded concepts about places both physical and mental, as well as understanding the genre through the experience of creating its music rather than listening to it from somewhere outside. It seems like ambient music’s modus operandi has been to manifest detailed meditations on music via fundamental textures, unsurprising given that your everyday ambient artist can’t wax philosophical about how that adolescent Metallica concert started it all. Ambient music doesn’t have the history with which to legitimize itself; I can think of few genres to which the rumble of bass in one’s chest and wash of noise is more important.

If there’s been major movement, it’s the emphasis ambient music is today placing on live performance. Where laptop glitch and knob twiddling soundly sidesteps the performative crutch of scissor-kickers and fasionistas, hearing Fennesz, Stars of the Lid, or Whitman perform is an experience that contextualizes their music in an important way. It’s an impulse that also makes Mountains’ third album a relevant one in the development of independent ambient towards contemporary modalities.

Contemporary might be used in a semi-ironic sense here. After all, we’re seeing the rest of the music world getting away from music you can touch, via CDs, and see, via performances, to a place where music is an online, free communication of consumer preferences. In other words, a connective space traditionally inhabited by ambient music, with its bedroom purveyors and niche artists necessarily comparing one another’s meta-statements and strategic reductions. As music selection skyrockets everywhere else, ambient is reasserting its relevance by moving in the opposite direction and linchpinning listening to it to the purely physical experience of hearing it performed live. Mountains are one of those rare ambient groups whose performances, on record as well as live, are continuous as opposed to meticulously constructed, with few overdubs; (comparatively) dynamic rather than heaped in great waves upon itself. Choral is itself a live performance, like Whitman’s Lisbon (2005), and the way a song like “Add Infinity” transitions from intentionally staid guitar strums to its latter half’s blessed fuzz is tangible, moving stuff.

The word I’ve seen reviewers latch onto is “organic” and, sure, there’s an acoustic guitar here, which almost makes the inclusion of the word mandatory. But it’s also a false dichotomy. Mountains are different from many ambient bands but not because they are dirty and “real” where ambient music is clinical and impenetrable. Mountains do sound different, but by virtue of the sheer array of instruments at their disposal: accordion, various organs, cello, voices, guitars (of the kind unobscured by massive amounts of delay, no less). The musicians who spring to mind while listening to Choral are Hauschka and James Blackshaw rather than Hecker, Whitman, or even more coherent arrangers like Eluvium. There’s a sense of meditation upon the continuous drone of instruments and their cumulative voices that taps into the reptile, adrenaline morass at the point where your spine and skull meet.

There are moments both regal, like “Melodica,” and savage, like the aforementioned “Add Infinity” as well as the album’s titular opener, which begs to be listened to both loudly and intimately. “Melodica,” the album’s gorgeous twelve-minute centerpiece, segues with elemental inexorability into the dutifully short “Sheets, Pt. 2,” which buzzes a guitar’s microscopic fissure to the album’s graceful close. What we’re left with, speakers humming with aftermath, is the possibility of a real and significant realization: that between Hecker and Mountains, 2009 suggests a sea change—and I can’t think of a more appropriately grand term—in which ambient music may just enter a post-Eno peak.