Other Records by Mt. Wilson Repeater 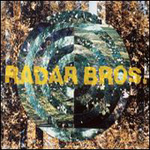 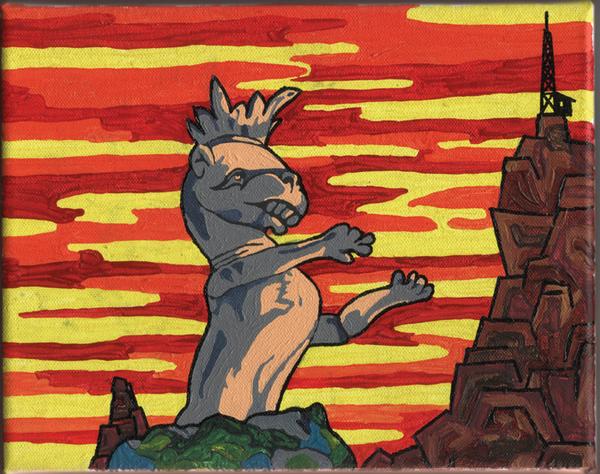 Big Jimbo Putnam—he of LA’s favourite foster sons the Radar Brothers—continues his worship of home taping technology on his debut as Mt. Wilson Repeater (named after the local California radio beacon he uses to pierce the ionosphere). To say Putnam is genetically attune to the science of preserved noises is like saying Stephen Hawking knows his way ‘round a calculator or two; Mr P’s late dad Bill is something of a Stateside sonic icon, described invariably by his co-engineer Bruce Swedien as “the father of recording as we know it today.” Never one content to skulk in daddy’s shadow, Jim carries the family torch onward with pride, continuing to quietly dabble in playback and equalising from inside his posse of consoles. If you’ve ever used a pair of headphones to survive the trials of solo public transport then you probably owe this man a drink. The Delgados even named their final album after his family’s Universal Audio recording room, for Chrissakes.

Well, with no shortage of fans and influences hovering, it comes as no surprise that Mt. Wilson Repeater is not an easy album to pigeonhole: it dissolves from style to style, oscillating around a rod of strung-out Americana that serves as the vaguest of available spines. Some ten years in the making, it’s time zones away from the hedonistic car crash associated with the dark side of solo albums—for starters, the fruits of Putnam’s tinkering reveal themselves around the third airing rather than after months of private immersion, each repetition adding condiments to his songwriting’s mellow dazzle. Maybe it’s the antenna tag he’s adopted but progressing through the eleven-strong tracklist is like pressing shuffle on an alternative radio station or stealing cars in GTA until you find a jingle worth jiving to. “Basketball Song” comes straight from Forlorn Cowboy FM, a layered slow burner that piles organ, piano, and a Les Paul standard into pining silent film. The likes of “Out Country Way” are just plain serene silliness—in this case, a hunk of daffy west-coast psychedelia that sends sitars foraging in a tangle of horns. It’s as giddy and sozzled as anything you’d expect from, say, Florida (airbrushed home of Sunny D), with Putnam’s love for the tanning plains of his homeland beating down upon every bright bleep.

Another point worth storing for future trivia evenings is that Repeater HQ is within winking distance of the glimmer of Tinseltown. As soon as you discover that, the dots you’ve been sensing across the record’s experimental sides join up to make a session of soundtrack potential. (I say “session” because Putnam apparently writes all his material close to the mixers, capturing the quaint tangents of his imagination before they start wriggling and give him the slip.) “In The Teeth Of A Whale” is delightful schlock-horror drive-thru, whistling like a chimney sweep on his way to aiding Dr. Phibes in some biblical plague-ing, and the more straight-laced “Canmtady” is a four-chord satellite fanfare that incorporates bells, Jan Hammer tones, and some carefree kazoo-scented mumbling into its more presentable frontage.

So, with visual influences aplenty and Putnam’s use of his voice as an instrument more than lectern, his record by default is best suited to the background—music for solitary dinner parties, right? Wrong. Decades deep into his performing career, Jim Putnam is obviously mature enough a composer to know which CDs become cornerstones and which ones wind up as coasters, and there are enough moments of more conventional singer-songwriter fare running through his debut to hold all but the pickiest of appetites. “Tether In The Haze,” for example, gives California twee the kind of makeover Belle & Sebastian might’ve accorded it if they weren’t so completely anemic, and the more orthodox polka pop of “Pencils/Pens” is a delirious rocker in the vein of a certain Gordon Downie album (nameless as it’s already written in your address bar). Putnam’s shtick is clearly pop music made to be screened on highway horizons, stuff wavering, irresistible, and as polite as anything Blur recorded once they’d finally confessed they were middle class.

There’s something both comfortable and challenging about the way Mt. Wilson Repeater seduces you. Traditionally, those who follow the scattergun route by pandering to as many targets as possible end up scoring tens with no one (ever see someone with a Kevin Costner tattoo?) but every now and then you’ll get an artist take to the stage who can mesmerise all the rows with odd numbers. In the case of Jim Putnam and his first commando LP, what you could initially write off as a hapless stagger through one man’s subconscious quickly asserts itself as a honed and tightly choreographed adventure. I mean, a decade’s worth of closet inspirations distilled into a portable sound bite is worth forty-five minutes of anyone’s time, especially when you think about the size of the workshop it came from.

If you’ll allow one more moment of suspicious nostalgia, there’s a scene in the movie Starman where the NASA cronies fire a vinyl into space, hoping whoever discovers it knows how to read “45RPM” and use needles. I’m not sure exactly what kind of enlightened species would come calling if you ramped Mt. Wilson Repeater up to max and hit activate, but I’m willing to bet they’d easily eclipse the plaid-clad Jeff Bridges and his flaky slurs of “I can’t get no satisfaction.” Jim Putnam should consider himself promoted from honorary Radar Brother to Patriarch of Interesting Transmissions.