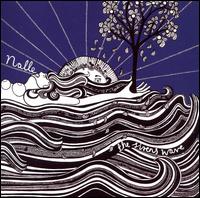 When you’re this good, you don’t ever need to change chords. Falling somewhere in between the more avant-garde-oriented experiments of Tim Buckley and Björk, the acoustic drones of Pauline Oliveros, and the more common contemporary strains of Renaissance-tinged psych-folk, Nalle is far from lacking in epochal points of reference. Perhaps a more immediately obvious one would be Joanna Newsom, and while Hanna Tuulikki’s voice shares many of the same pre-pubescent inflections, she can do a lot more with it, most notably the perfectly-controlled warbles that complement the sustained accordion, violin, and other ancient stringed instruments that back her. This vocal strength gives Nalle a vast spaciousness and patience, and when she stretches it in these bird-like oscillations the music seems to hover around her in enthralling anticipation. Like a lot of traditional Japanese music, Nalle shifts away from the Western focus on the rhythm of the heartbeat towards the slow, meditative and irregular movements of breathing. You can actually hear these breaths as “Voi Nuusuni (O Rose)” fades out amid the elastic reverberations of the mouth harp and creaky violin. Needless to say, most contemporary Glaswegian folk isn’t a very good point of reference here.

And it’s not all drone-y experiments either: “Secret of the Seven Sirens” is based firmly in traditional British folk, and were it not for the moments where the track veers into abstraction, it could easily be something by Fairport Convention with its Pan-trudging-through-the-forest flute and Celtic acoustic guitar. I still find that there’s something archaic about this style that seems to be trying too hard to reach back into the past, but this is the only track here that adheres to any conventional genre. And it’s much more than a tired replication of any kind of traditional music: the band includes abrupt tempo-changes, slowing down an otherwise briskly-paced song with Tuulikki’s voice drifting on clear, resonant and wordless tones. Likewise, “Alice’s Ladder,” while maintaining basic folk patterns throughout, constantly stretches itself out, always on the brink of abstraction and, with its drawn-out harmonium and plucked strings from God-knows-what-instrument, always flirting with dissonance.

Then there’s the rest of the tracks, which barely hold onto any semblance of structure, being about as relevant to traditional folk music as Charalambides’ seminal albums Unknown Spin (2003) and Joy Shapes (2004). “First Eden Sank to Grief” is one of the most haunting pieces of chamber music I’ve heard in years, constantly fading completely into silence then coming back to life again. The fact that the band doesn’t need to write actual “songs” is proof of their strength in understanding and appropriating drone and Minimalist influences; the play of overtones is interesting enough even to sustain “Voi Nuusuni”‘s 10-and-a-half-minute length. That track is a delicate balancing act to see how long Tuulikki can oscillate at perfect pitch, while holding the rest of the instruments at bay. Like Astral Weeks (1968), The Siren’s Wave sounds like it was created with the instruments improvising in real time around more-composed vocal lines. In this way, most of these tracks have loose (or non-existent) time signatures, with the instrumentation responding to Tuulikki’s inflections and natural rhythms. But even if her vocals are more “composed,” that doesn’t mean she can’t conjure up the agonized spirits at will: peep their live video). Yes, she’s really doing that.