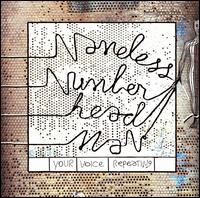 Lynne Ramsey’s film Morvern Callar (based on the novel by Alan Warner) features an intriguing premise: a guy has committed suicide in his apartment that he shares with his girlfriend, the titular Morvern. Unknowing Morvern wakes up to find the body and a few things: amongst them, a brief note and a mix tape. The mix tape is the boyfriend’s real final message to his girlfriend---filled with bands as diverse as Can, the Velvet Underground, Stereolab, Boards of Canada and Aphex Twin. When my friend told me about this, before I even watched the movie, I ran home to make my own suicide mix tape, filled with the bands I would leave to explain my life and death. It’s perverse, but it’s a fascinating exercise.

As versed as we are in music, isn’t it more likely that we could express our reasons for shuffling off this mortal coil through songs we’ve cherished rather than something as clumsy as a suicide note? The songs shouldn’t be dark and depressing as much as a final message to a loved one, an explanation expressed through mutually loved songs rather than grief ridden words. The only problem being that I made my mix tape before hearing Namelessnumberheadman.

Effortlessly conjuring the vast, empty plains and rich, star-filled skies of the American Midwest from which they hail, Namelessnumberheadman have crafted an album that defies the normal genre pigeon holing we’re all comfortable with. It’s an album loaded with piano, glitches, loops, acoustic guitar and electric guitar, pedal steel and many, many keyboards used to create elegiac, soaring hymns full of wonder and diffuse electricity.

There is a rich, warm quality to Your Voice Repeating that feels somehow relaxed and out of time; interestingly enough, the group even decided to title the album's opening track “Time Has Peeled Away,” as if realizing this quality themselves. Featuring warm, slow organ keys and whirring quiet percussion, the singer intones: “I heard your voice repeating/ On long dark boards and stairs/ A static buzzing, beating/ We’ll force ourselves to care/ The time has pulled away/ Time has pulled away.” Immediately crashing through the relative calm is “Every Fiber,” a glorious pop epic that features intertwining, ascendant analog keyboard and guitar riffs that manage to sound somehow like bells being struck with a backbone of frantic drumming buried underneath the upbeat dirge.

“Tension Envelopes” features a fat, rubbery keyboard foundation and metronome-style percussion that builds into a dance song with an ethereal undertone that is eventually broken down by a slow, warbling pedal steel solo. Got all that? It is an immensely bittersweet and lonely dance song by the time it diffuses into nothing and fades away.

“Sci-Fi Novel” is a particularly disarming song. It's short and simple, yet utterly epic; it sounds like a new beginning to something the way Radiohead’s “Motion Picture Soundtrack” evoked something ‘other.’ Actually, that song’s somehow upbeat heavy quality is as good a comparison to this album as I can think of. The fact that is was recorded using a home studio shows just how far this process has allowed bands to develop without the aid of a $10,000/hour producer. While the band is content to refer to itself as “futuristic lo-fi”, I would say that rarely has a band been able to sound so full and graceful through self-production.

Your Voice Repeating is an album that breathes bittersweet life. It is obsessed with the ephemeral beauties of everyday life and wide-open landscapes. I would hope that no one would take it as a slight to the band that I would include their work on a suicide mix tape and yet, oddly, it’s one of the highest compliments I could give a band. The funny thing is, when I go back and listen to my mix tape and the bittersweet, beautiful songs that fill it, it seems like more of a reason to live than anything else.