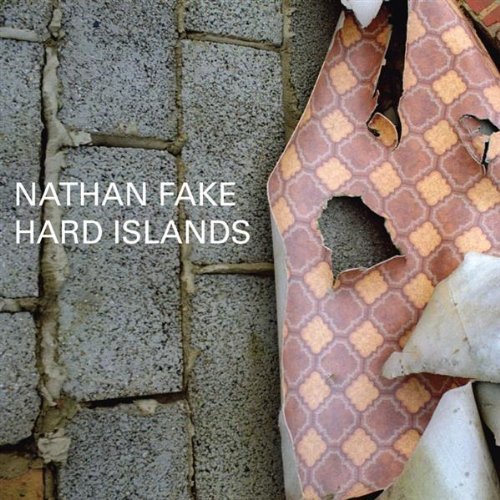 Drowning in a Sea of Love

I don’t know if it’s unfair to say that an album can best be described as a sum of its influences, but it’s worth noting that Drowning in a Sea of Love may lend itself to that kind of referential mentality more than any other album I’ve heard this year. Which isn’t to say that any album can’t be dissected in the same way, but UK electronic artist Nathan Fake’s official follow-up to a long series of 12” and remixes is something of a special case. Its duration has the feeling of a well-compiled mix, assembled with a knowing ear obsessed with themes and consistency, but also concerned with providing for each song its own characteristics and moments. Drowning might sound like a lot of other bands, but they’re the “right” other bands to sound like.

Contrasted with breathy distortions and water-dripping blips, the hyperactive xylophone loop that opens “Stops” could belong somewhere on Caribou’s psychedelic tinker-toy The Milk of Human Kindness (2005). Follow-up “Grandfathered” shares half-time drums, double-time keyboard stomps, pervasive cymbal wash and even a sophomore track placement with “Run Into Flowers” from M83’s Dead Cities, Red Seas & Lost Ghosts (2003), and then shares its facets again with album-mate “Superpositions.” (“The Sky Was Pink” also owes M83 front man Anthony Gonzalez a drink for borrowing his trademark stratospheric pitches, and “Bumblechord” for his cinematic range). The gradually emerging, warping sound of ambient noise in “Charlie’s House” and “Bawsey" have the sleepy high school film feel of almost anything from a Boards of Canada record, and the garage Casio sounds opening “You Are Here” and “Long Sunny” are as friendly, warm and happy as “Crips” from Ratatat’s self-titled debut (2004). Finally, ambient distortion number “Falmer” earmarks the shorter moments of Fennesz’s gorgeous Endless Summer (2001).

So if you’ve yet to find the album completely unlike anything you’ve heard before, Drowning in a Sea of Love isn’t it. In fact, the extent to which you think the album one of the better electronic instrumental records out this year will be determined by the extent to which you admire the bands listed in the paragraph above. Though missing an outstanding single, a “Run Into Flowers” (despite how much the album owes to that song), songs like “Long Sunny” and “The Sky Was Pink” pack a surprising scale, a steep grade to its ebb and flow when you consider that neither song strays far from the five minute mark. The introductory, then shifting 4/4 backbeat of “Superpositions” drives and directs a keyboard line that would have repeated dumbly otherwise, and it’s an elegant, tried-and-true practice. Underlying Nathan Fake’s primary genre and its soaring melodrama is a fundamental pop appreciation; the tone, tempo and length of these songs, like the familiarity of their influences, are an undemanding and rewarding coziness.

Ethereal, instrumental keyboard rock has made a home for itself in recent years, and it’s because of that minor trend that Drowning in a Sea of Love might have an audience. Still, you can’t really hold Nathan Fake accountable for the excellence of recent influences. Not quite on equal footing with Dead Cities, Red Seas & Lost Ghosts, and not yet concerned with finding its way outside of that album’s perimeter, this debut is still a memorable, accessible genre piece, both contemporary and respectable within its confines.