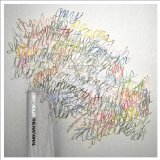 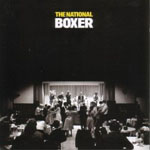 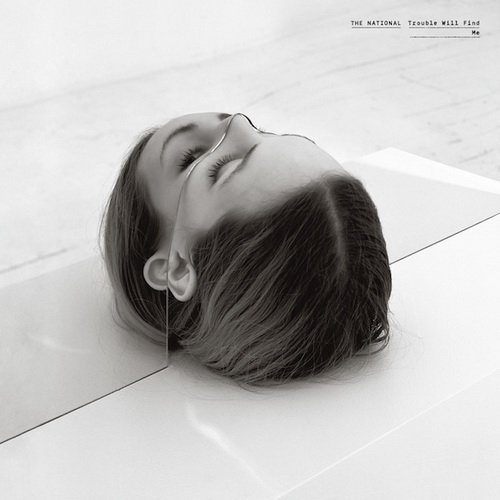 Trouble Will Find Me

Next month the National will be headlining the Barclays Center, an 18,000 cap. arena in the heart of downtown Brooklyn, current home to an NBA team and walking distance from each of the band members’ abodes (though drummer Bryan Devendorf recently moved back to Cincinnati). It’s the type of “hell yeah!” hometown triumph moment that’s rarer than ever these days, the result of a steadily growing fan base and a grueling tour schedule more akin to that of a jamband than a group of seemingly well-adjusted husbands living in Brooklyn’s leafy parts. It also helps that the National didn’t really register in public consciousness until their third album, and haven’t released anything less than excellent since. And maybe befitting a band whose frontman used to be a creative director at a graphic design firm, the National are kings of the promotional push. High Violet (2010) was preceded by an American Express-sponsored webcast, Jimmy Fallon appearance, and the transformation of NYC’s best indie store into an art installation cum concert venue. Trouble Will Find Me has coincided with a filmed for PBS gig at a Manhattan armory, band interviews in nearly every blog imaginable, and enough shaky YouTube footage of small Euro gigs that it was possible to hear many of the new songs long before they were streaming on iTunes. The National just don’t put out records, they create happenings, brah.

At this point, one can basically trust the National not to flood the market with a dreck album. They routinely take three years between records and are incredibly in touch with their strengths, a trend that Trouble Will Find Me does nothing to alter. Let’s not mince words: if you have enjoyed everything the National has released since Alligator (2005), you will unquestionably enjoy their latest. Likewise, if you (incorrectly) deride this band for being an eternally brooding, “brunch-core” outfit with limited range, Trouble Will Find Me will do very little to change your mind. No doubt that the National adhere to their moody formula, but for those of us willing and plenty excited to see these guys blow out a hockey arena, this level of consistency is a virtue. There are simply few surer bets for emotionally complex indie rock than the National, and part of the enjoyment with each successive record is discovering just how they’ve elected to put new spins on their time-worn template.

Trouble Will Find Me is a far leaner, less fussy record than High Violet. Portions of it were recorded live, in an by all accounts pleasant Hudson Valley environment in Rhinebeck, NY, and I’ll assume many a session was concluded with pork belly and cocktails here. They jettisoned longtime producer Peter Katis in favor of self-production, and the National sound positively loose as a result, miles away from the reportedly torturous High Violet sessions. That said, no one is ever going to mistake Trouble Will Find Me for an Albini joint. There’s still a heavy reliance on elegant string and brass arrangements, and even on the relative barnburners like “Sea of Love” and “Graceless,” one can still wish the sound was a touch less buttoned up, the throttle open more. For a band that tours with strings and brass, the National is refreshingly raw onstage, with an energy their studio albums often struggle to capture. But much like Boxer (2007)’s otherwise tepid “Squalor Victoria” developed into a scream-heavy monster onstage, I’m looking forward to seeing what happens after they’ve played “Sea of Love” and “Humiliation” a couple of times—the former being the closest thing they’ve come to a “Mr. November”-style howler in ages.

Every touchstone strength of this band remains. Bryan Devendorf’s drums are still plenty high in the mix and properly metronomic, though now he’s also taken to using odd meters; closer “Hard to Find” is in 5/4, and both “I Should Live in Salt” and “Demons” would appear to contain an extra beat or two apart from standard 4/4. Further, frontman Matthew Berninger has somehow found a way to push his baritone even deeper, and now has basically come to embody Jorah Mormont from Game of Thrones, both from a physical (exact same beard!) and emotional standpoint—the eternally wallowing nobleman forever doomed to bridesmaid status. For once there’s unquestionable moments of levity in his delivery, illustrated by his ability to occasionally drop a phrase like “I was teething on roses / I was in guns and noses” (“Humiliation”) completely deadpan. And “Demons” is funny on purpose, a steady meditation on Peter Pan syndrome where Berninger signals exasperation with a lone utterance of “fuck.” But while some of the lyrics are intentionally droll, rest assured that the music is not. This band still refuses to be lighthearted, and Trouble Will Find Me certainly does not skimp on the gloom—especially on Side B brooders “Slipped” and “Pink Rabbits,” the latter a chain dragging piano dirge that cannibalizes High Violet’s super sad “Vanderlyle Crybaby Geeks” and somehow renders it even grimmer, perhaps capturing the title of “single saddest National song.”

One is left wondering when, exactly, this band’s formula will run its course and the Dessner brothers’ seemingly bottomless well of inventive lead guitar lines and orchestration will dry up. This simply hasn’t happened yet; mini epics like “Heavenfaced” and “This is the Last Time” still come off as effortless, the types of songs that any band would kill to write once over the course of a career, let alone multiple times on a single record. It also helps that Trouble Will Find Me is impeccably sequenced, even at thirteen songs the rare National record that doesn’t contain “the one song they should have obviously left off.” (Looking at you, “Val Jester,” “Guest Room,” and “Lemon World.”) Four stellar albums in eight years and hopefully no end in sight? Clearly their next one should be Double Live.