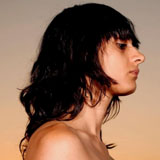 So, he left and took the air conditioner with him. Now, sweaty and bereft as I am of the simple, sweet comforts that little bastard window box provided, I still can’t help the niggling, seasonal desire to stretch out these final, grueling, sticky-hot days. I feel deep in my ladybones the turning over into fall, and my viscera start to pull against it—I’m positive I can scrounge up more memories to cram in here. It’s less the browning seed-pods helicoptering down around me, more a tenuous resistance that generally defines the last humid gasps of Midwestern summer—even if I’m not entirely certain what it is I want to resist.

With long pulls of words stretching out like I, against all odds and despite all discomforts, still want to happen with these early September evenings: here are nine songs on a summer album that doesn’t know how much of an autumn album it should be. If you haven’t given Natureboy’s self-titled debut a listen, or only listened to it in the height of your summer while biking in the sun or blissfully punting around a beach ball or whatever the hell you’ve been doing, now would be the time. Because, like those fat farmers’ market tomatoes I’ve been eyeballing, its enjoyability has swelled and peaked alongside that particular sweet, sun-salty flavor I’ve been craving all year.

Right from the opening song, “Curses Fired,” and off into album highlights like “Pariah,” all the unvarnished squeaks of strings are preserved, as are the tinny echoes surrounding a voice that initially reaches us like a heat-twisted vision burning on just the other side of an enormous bonfire. In the heights of Natureboy’s success, these drawn-out moments are interrupted with percussive choruses and unexpected distractions that, like the needle of a sewing machine, catch intermittently on the fabric of the album’s otherwise smooth pace. In “Heart to Fool,” with its low bars of shaking bass, Kermanshahi’s voice becomes the stuttering element, touching the music only briefly, more absent than present at any given moment. It’s the sound of yanking back, of approaching and then recoiling in snaps, the angular oddities of the tracks lending us enough disruption to keep us from falling victim to the lull that frequently crawls into this album.

While surf-inspired chillwave and dream-pop artists have pumped their songs full of in-the-moment nostalgia, or at least of ocean-side summer portraits of having been so “in the moment,” Natureboy takes our last, summery morsels of time and focuses not on remembering them, but pulling them out as they’re happening, milking them to yearning, drawn-out ends. Ends which more than occasionally catch us drifting off—instead of paying attention, instead of memorizing what’s passed. With the last moments of your summer, try to overcome the lulls to which this album succumbs and enjoy it while it lasts. Because Natureboy will probably never have the same resonance and pull as it does now, while the bare-legged, bare-footed, bare-shouldered scenes just begin to turn over into moments that need to be bundled in something warmer, something to keep out that inevitable bluster.