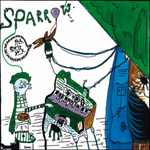 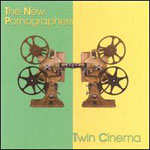 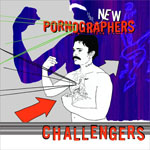 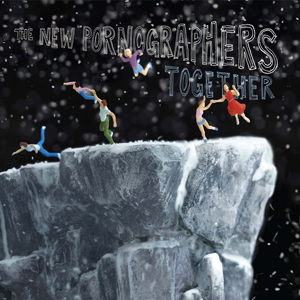 Had the New Pornographers’ 2007 release Challengers been a debut album from a group of young up-and-comers, we’d have probably high 70’ed that shit (gave it a 75; too high in retrospect) and hailed it as a strong first effort for a group of musicians with boundless potential. But we here at CMG hold the New Pornographers to an unfairly high standard, and we knew, in our hearts, that Challengers was merely an adequate record from a band easily prone to better. It was a release that suffered: from a nice enough collection of individual songs bent on uncharacteristically muted production that all but erased Kurt Dahle’s drum wallop; from one too many melancholy slow-burners; from a mostly stalled momentum. That inimitable sugar high, that life-affirming sunburst that one has every right to expect from the New Pornographers, it was totally absent. Not that Challengers was even close to resembling anything bad, just that its aura of glumness wasn’t something this band should be OK with imbuing. To borrow from another similarly consistent (and excellent) act: let’s just call Challengers the New Pornographers’ Love Kraft (2005).

So it feels a bit sheepish to refer to Together as a total fucking comeback for a band whose weakest album is still plenty respectable. But Carl Newman and Co. have righted the ship something fierce on their fifth album, and, simply stated, the New Pornographers sound joyous again. If nothing here quite reaches the skyscraper heights of the best moments on Twin Cinema (2005), Together squarely places them back atop the upper echelons of power pop—right where they belong.

The album’s production values are the prime reason for this. Breathe a huge sigh of relief when you hear the drums come in on “Moves”: Kurt Dahle is sounding like the Canadian answer to John Bonham again, and the crystalline sound mix accompanying him makes everything he does abundantly and proudly clear. The instrumentation on Together‘s opening track continues the band’s shift towards a more organic sound initially explored on Challengers—a piano fills in for the buzzy synths used on earlier Pornos records; the song is dominated by C&W fiddles at the chorus; best of all is the glorious cello riff that drives the song, played through what sounds like a fuzz box. The appropriate day-glo production renders all sounds bright and crisp, with Neko Case and Kathryn Calder’s harmonies ladled into the ears of the listener. While “Moves” and several other tracks on Together don’t so much bounce as march in lock-step, the clarity of the presentation is fantastic, and Challengers feels like even more of an anomaly by comparison.

But really: there is a lot of fucking cello on this record. Spaces that were once filled with Blaine Thurier’s manic synth collection now give way to stringed stretches, a funny drunken square dance feel leant to the proceedings—which actually suits this band better than one might think. Otherwise, Together properly functions like a New Pornographers album, which means that any one of its roughly three dozen hooks will randomly lodge itself into the brain at inopportune times, contextless and inexhaustible. It also means that if one is familiar with what to properly expect from an album by the New Pornographers, one should expect ’70s rock power chords on “Your Hands (Together),” uplifting violin swirl followed by shouts of “oh my darling!” on “A Bite Out of My Bed,” or the wordless refrain on Neko Case powerhouse “Crash Years,” which features the greatest (non-Andrew Bird) use of a whistled hook since Liz Phair’s “Support System.” As for the Bejar songs, part of the fun is guessing what songs he wrote based off of the tracklist alone. While I was a little shocked to learn that “Valkyrie in the Roller Disco” was actually written by Carl Newman, rest assured that Bejar’s three contributions sound exactly like one would assume them to (the glorious major chord romp of “Silver Jenny Dollar”—pronounced ‘Sil-vah Jen-ay Doll-uh,” natch—is a personal fave).

Together is paced excellently at a little over 44 minutes, feels like half of that, and not a single song warrants a skip. Consider that for a hot minute: for all of its awesomeness, even Twin Cinema made the audience suffer through “Falling Through Your Clothes” and “Three or Four” before getting to the jaw-drop of “Stacked Crooked.” Together’s final track is similarly astounding; “We End Up Together” essentially serves as a giant reprise—a 4/4 march containing all of the swirling fiddle, thwacked drums, and call-and-response harmonies that made its preceding 39 minutes so great. It serves as a stirring reminder that when they’re at the top of their game, the New Pornographers are the finest power pop band in North America. And that when they’re not at the top of their game, there’s still nothing to worry about.