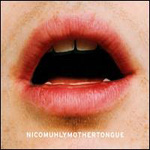 Here’s a piñata: composer Nico Muhly’s new album sits square in the intersection between classical and indie music, contentious as it is to suppose such a space and amorphous as it has to be to envision it. Due to the social spheres performance tries its hardest to represent (“why aren’t you dancing?”) indie imagines itself in populist fantasies where genre visitations are subsequent to a unifying impulse to create and be artistic. Finding holes in the theory is about as easy as pointing at how quickly style subsumes this supposed impulse, makes it exclusive, and turns whatever posture is popular this week into elitism. Let’s forget that the narrative dictating that Godspeed You Black Emperor (fuck the exclamation point) are more philosophically punk than Rachel’s is facile and inappropriate and ultimately boring. If we put faith in those stories for the sake of a scene (that probably doesn’t give much of a shit about you or I, let alone exist that much, if we’re being honest), than Muhly’s record deserves a thrashing. Next to “selling out,” whatever the hell that means any more, becoming too big for one’s britches—or, more specifically, someone else’s—is the ultimate sin.

And now that this 27 year old graduate of Columbia and Juilliard is gathering comparisons to Philip Glass and Steve Reich his britches are most definitely stretched broader than those worn by this week’s Best New Music recipients. This is absolutely, unapologetically elitist stuff, exploring that interstitial genre space into which David Byrne tried intruding with The Catherine Wheel (1981) and, more disastrously, with The Knee Plays (1985), but it’s a challenge that ultimately leaves the listener blinking in the light of panoramas, for two reasons: first, it makes us think long enough about the scenes to which we’d like to belong; to remember that the feelings of exclusivity Muhly invokes by virtue of his canonical studies is exactly the kind of feeling that indie secretly dreams about possessing when it excludes people on the basis of how they look or act. Second, and more importantly, is the notion that Mothertongue is precisely about what we can learn if we accept the premise of saying only that thing which you are best equipped to say, and what it means to have someone else listen and hear only that thing that they are best equipped to hear.

Indie rock musicians’ best articulations, those great moments that two strangers in an ocean-wide crowd will both cite despite their having never met, are ciphers for some fun mob universalities. But even then those same artists cannot articulate the irreconcilability of access and of art being the purview of the artist, sometimes choosing instead to blame the labels, the listeners, the industry, oil barons and wars and whatever; Muhly sidesteps the debate entirely and uses his considerable skills as a composer of vocal arrangements to make something both evocative and personal while also deftly avoiding the notion that classical music possesses the ability to remain objective or render history. I think Mothertongue leaves the impositions of classifiers to their task, and instead spends its time mapping out this project, which is far less random than it is a carefully managed experiment in communications and arrangement.

Which isn’t to say I haven’t been tortured by this shit. In fact, just last night during “Mothertongue II: Shower” I caught myself thinking that this couldn’t possibly be something other than an elaborate farce brilliantly propagated against those who dare to make their fun out of writing about music. I told myself, “make a decision: if you want music, want to be about the music or whatever utopist message is shared by Radiohead and Simple Plan alike, than here it is. But if you’re about the categories, it’s best to keep this album hidden, to rename its tracks, to mistitle it. It can’t possibly survive the weight of its detractors’ contradictions.” There’s just too many questions that Mothertongue raises, and those uninterested in hearing them asked will probably hate this record.

Though it should be noted that it was the straightforward and beautiful folk song “The Only Tune: III. The Only Tune”—a song that closes out a collection of compositions as audacious as Matmos wish they were—that brought me, achingly, over to the other side, finally free to analyze both contradictions of the scene and of this album with dogmatic celebration rather than sinful expunging. It heartbreakingly details a young girl pushed by her sister into the river to drown. The body, fished out, is used to make a fiddle, with tuning pegs from fingers, bridge from the bridge of her nose, and her breast bones throughout. The morbidity of the notion is offset by the finished product, an instrument which could only produce the noises of “the dreadful wind and rain,” endlessly retelling the only circumstances that matter. These lyrics thematically reinforce Mothertongue‘s central assertion that as much as our narratives spring from us we also come to eventually be comprised of our narratives; as far as being delicately sung by folk artist Sam Amidon, the song’s ideally spun and performed with hushed intricacy, traditionally framed by its accompanying banjo in a gesture that seems in the context of the album’s scope almost condescendingly parochial but in the song’s five minutes is a self-contained pleasure of masterful songwriting.

The song contrasts the album’s semi-cacophonous “Mothertongue” trio, which posits heteroglossic malfeasance, the corrupting overflow of language, in place of the album’s eventual coherent conclusiveness. If “The Only Tune,” which begins by gradually forming a narrative out of broken spots until emerging into the album’s (perhaps only) traditional tune, is an entreaty for simpler ways, then “Mothertongue” stands unblinking on an urban precipice; the riverside was rendered sinister by the concrete retelling of a story but that story materialized from the informational glut of modern living. The choice Muhly puts to the listener knowingly sharpens itself with edges of risk: choose between clear yet tyrannically inflexible truths with the risk of finding horror stories of perpetual sorrow or search endlessly and without full satisfaction in the waves of impalpable code. The numbers rhymed off by the textural, layered opening tracks could be zip codes, cell numbers, equations, binary code; its meaning, like the album that houses it, is interstitial, interpretative, and thus soundly of its time.

The inherent complexity that comes of Muhly straddling this chasm ultimately gives credit to his listeners that we do, in fact, want to explore the depth of truths that that chasm holds. Mothertongue oscillates between the comfort/terror of singularities and excitement/terror of potentialities, but the possibilities this duality affords for Muhly’s future work are frankly exhilarating. What can he do with this same thesis and another language, or slang rather than phonetics, or an Eno-like exploration of spaces both interstitial and non-? The record’s a challenge, not just to listen to, but one articulated in the direction of the listener. Have at the contradictions; pin the pretension tag on Muhly like a big, red letter A; bust up the piñata; Mothertongue might just thrive on the challenge of being endlessly indivisible, of working with building blocks as fundamental as language. His language may end up excluded, or too exclusive, but I can’t help but feel that it’s these castles in the air that are made up of Mothertongue‘s elemental, primary stuff rather than vice-versa.