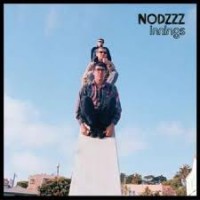 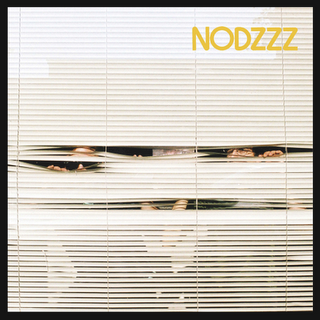 “But who knows if ‘eight days a week is not enough to show I love you’ is a good idea, or a bad idea, or any kind of idea at all? And who cares? The joy of pop music is that it can deliver you from such questions by its immediacy, and provoke them by its impact.” – Greil Marcus, Mystery Train: Visions of America in Popular Music

There are a lot of hard lessons underneath the choruses of Nodzzz. That may be an odd thing to say for an album so brimful of juvenile enthusiasm; if songwriters are chefs, then Nodzzz are confectioners, their songs made entirely of sugar and syrup, shaped into something either airy or brittle. They seem liable to crumble under the slightest scrutiny; but there’s a real sense of disillusionment, slash cynicism, slash a hundred other things underneath a song as effortlessly brilliant as “In the City (Contact High),” the best Guided by Voices song Bob Pollard never got around to writing. “You got no money? / then beat it buddy / or stand there looking cool,” Anthony Atlas sings, letting out a sarcastic “cool!” over a drum fill. It’s easy to read this as a lazy indictment of The Scene, and perhaps it is, but the way the singer sings “You got no talent? Then beat it, buddy” suggests a direct quote, a remembered insult. Slagging the scene is a rite of passage for all of us, of course, as is the humiliation of walking into any situation without the right currency—money, knowledge of the bands on the Dangerhouse roster, being at a specific basement shows six months ago. So when he sings the song’s second title in the chorus, is it a dig at a poseur—someone not participating in the events of the room but being there anyway—or is it a lived-in sketch of the wallflower? Or is it a simple admonition: hey kid, fake it till you make it?

Or is it none of these things? It takes a writer a good half hour to think that all up and write it out; the song is over in 2:15, and the album itself is only seventeen minutes long. All of this I offer as evidence that the pop music found on Nodzzz is top shelf. Recorded on a four-track, physically only available as a 12” LP (a digital copy is available) and influenced by “British New Wave singles of the ’70s and ’80s” (so they say on their Myspace, but they never specify which ones, so you can only surmise they mean all of them, which seems about perfect), it’s the kind of album that gets passed around like a secret that everyone wants to share. Us writer types like it because it lets us play Connect the Influences: Alan tells me that it reminds him of “Dirt Dress, if Dirt Dress decided to be the Feelies and the Feelies decided to be Weezer circa Green.” That’s totally fine, but I prefer my own RIYL (“Jonathan Richman, Sebadoh, Vivian Girls/Jay Reatard/Brooklyn generally, ice cream, the ocean breeze, wet kisses, life itself”). Fans like it because it’s catchy, well performed, and funny. Sentimental types like it for songs like “Losing My Accent,” an impossibly left-handed and sly coming of age analogy about moving out and, possibly, down. “Think I traded it for rent,” the vocalist mutters of his titular childhood possession, and one has to whistle: yeah man, growing up sucks, and it only gets worse.

Those kind of songs in that kind of aesthetic make it hard to get an exact bead on the band. Atlas speaks, whines, and squeaks his way through the record, and in every song he hits at least one note that is just so wrong. Check the chorus of “Simple Song,” which is actually about outgrowing simple songs and ends on a catastrophe of a note (re: my notes; “this really puts the false in falsetto, n’yuk n’yuk”). But then he hits the same note again on the next chorus, and the brain demands to know if it’s being put on, whether its love of the goofy pop hook is luring it into deeper water or into sudden exposure, that a practical joke is around the corner as penance for your enthusiasm. I doubt it means any of that. Nodzzz is, finally, the ultimate fuck you to the aging process, a glorious embrace of sugar rushes and wide-eyed enthusiasm.