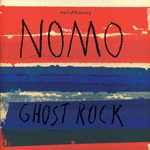 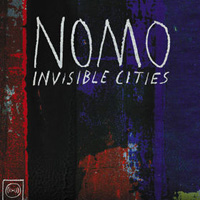 I initially dismissed New Tones (2006) wholesale. While it might have been presumptuous of me, I maintain that the album was a rather naïve, overly-literal transposition of Afrobeat. It sounded almost too much like Fela Kuti to actually have been born out of the original scene; too much like Ann Arbor kids idealizing an African paradise that no longer exists and probably never did. Kuti without the seething political anger, or if you will, Konono No. 1 without the asphalt distortion.

Invisible Cities is part of a change which started with last year’s Ghost Rock. I wouldn’t say they’ve gotten dirtier, since everything’s still in bright prismatic colours, and their music will probably always represent a form of escapism from what I can only imagine is a rather uninspiring Detroit suburb. The title alone at least admits to as much, suggesting they’re reaching towards abstraction rather than evocation of any specific time or place. So, while previously they seemed almost obnoxious in an overly-cheery third grade teacher way, here they’re a lot deeper and more introspective.

The band is becoming, depending on how you look at it, either more like a classic jazz group—solos twisting well beyond the compact call-and-answer of formulaic Afrobeat—or something like a more world music-friendly Tortoise. Both are positive developments, creating a dense wall of horns and home-made percussion that seems more liberated by the beat than enslaved by it, as has sometimes been the case in previous outings.

But for all the diffracting and almost ambient excursions, there’s still stuff like the cover of Moondog’s “Bumbo,” which could easily be the funnest thing in their catalogue. Don’t get me wrong, that melody’s going to sound good in almost any situation—due to the fail-proof strategy of taking a basic three or four note ascending melody and making it gradually more complex as it’s repeated. But Nomo take that strategy and extend it across the whole track, starting with light polyrhythmic percussion and the simplest bass line ever then exploding it over the course of three minutes into a tower of free jazz; the saxes and trumpets no longer content to wait for each other to finish. For once, the Art Ensemble of Chicago and Sun Ra comparisons that have sometimes attached themselves to NOMO seem justified. Like those bands, they’ve finally realized how to take a basic idea and take it apart without losing forward momentum.

I think the difference for Invisible Cities though is really in the lighter moments. A non-stop onslaught of Afrobeat can be exhausting—which may be why Kuti tended to keep it to 30 minute sprints—so some dynamic shifts are welcome. Here we get “Ma,” where NOMO show off their newly constructed kalimba’s made from street-sweeper tines which, for whatever reason, seem to help the dull sound the instruments often have even when amplified, giving the band some much-needed edge. Subtle recording techniques yield massive results—which always seems to be the case for bands that have a pretty identifiable sound and rely heavily on rhythm. See the chorus put on the sax in the middle of the opening title track, a spacey Pink Floyd-type effect that makes the whole thing both laid-back and energetic at the same time.

But it’s “Banners on High” that’s the most convincing argument that NOMO deserve a “post-rock” tag, whatever that means at this point. It’s one of those gorgeous, ethereal tomes where you’re destined, as a listener, to give up picking out the individual instruments, as if they’re all just playing on the edge of some core of sound. For once the saxes drift dreamily in the background, and it’s easily the most staggering thing production-wise I’ve heard from them. That’s followed by “Elijah,” which is kind of the flip-side, all crashing percussion and stately wind instruments. But also, zero beat (gasp!), a bold move that aims to show the band can send up the ol’ geezer in a chariot without resting comfortably in a groove.

It’s shouldn’t be surprising that so little development would occur on an album that’s been mostly touted as the leftovers from the Ghost Rock sessions. It’s also what keeps it from being an out-and-out classic, since the difference between the two albums is (understandably) only subtle. It’s still my favorite record of the two, perhaps evidence that the band are only gradually letting go of the Afrobeat cornerstone that they held on to so tightly in their early days.