1. Bloodlines
2. Missed Court Dates
3. Acquiesce
4. Reunion
5. Save Yourselves
6. Counting Down The Days
7. Revelation

Other Records by The North Sea 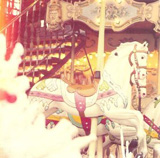 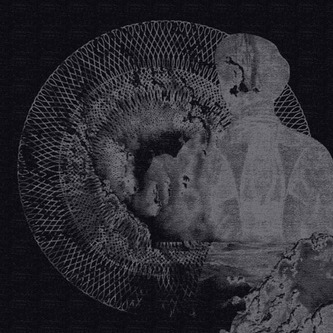 Type Record’s latest Euro-trip finds them back on familiar ground, with the loveliness of the Alps reliably slumping into the North Sea’s infernal horrors. I say infernal for two main reasons: firstly, because Brad Rose’s serialised sightings of the Roar make up a good hundred-plus releases, and secondly because the majority of said releases are only available as super-rare cassette, so you’ve got to disconnect from the web to try and fight them. Luckily, though the label’s capacity for limitless terror could see off a goth’s browser history, Type’s control over each final etiquette—their selling point, if you ask me—is faultless, and so the horrific bombardments they shower you with here are never short of interesting. Rose in particular is always a safe bet: he has a third eye for failed machinery, and so as things smoke, scream, burn out, and malfunction the North Sea can carry on conducting. And though a title like Bloodlines might seem a little arch given that it’s a horror-noise record, the music’s as deliciously unsettling as ever—it’s no coincidence it’s already been pressed onto vinyl the colour of plasma (super-rare, of course).

The folk leanings of TNS’s Exquisite Idols (2007), his first for the label, are all but destroyed by Bloodlines, which growls like a good David Cronenberg film when he was still known as Mr Venereal. Oozing the kind of late-night menace that’ll leave its slacker audience in therapy, the record features some of the blackest noise you’ll hear without attending a genuine sacrifice. The sea dreams of its creator still feature strongly—sticky but brutal, like Antarctic grease-ice—but the element given legs here is the wind, howling across scales any orchestra would balk at as Rose tried to find the perfect Roar. Take the rogue mosquitoes of “Missed Court Dates,” lost in a gale that also picks up the chords from the Twin Peaks theme. The distortion churns as Mike Rise, guest percussionist of Zelienople, pats his drum like a man testing bombs, in what is surely one of the most hopeless gestures recorded. Brilliant. As he trips things frantically into “Acquiesce” and its spiraling biplane effects, the first prominent traces of euphoria hit you like medicine, not that you require it now, of course. Nothing can prise you from your own personal log-flume to doom. Not even that hunting horn bugled into oblivion.

Unlike most drone, this is just not music the right-hand side of your brain was intended to take—bits of sound curl into a song, then collapse and sag under the pull of the noise, boiling into grotesque deaths. What’s worrying is how Rose manages to bond these deaths into you, until you feel you and the thrumming antique fire alarm are one and the same entity. When they do this to soldiers as part of white noise induction, some swear blind they can hear dragons. On “Counting Down the Days,” the 4-bit screeching I picked up brought back nightmares I used to have of being trepanned. Back to sleeping with my head in a fire bucket again.

And then, just like the soldiers, someone puts on a white armband and you’ve passed: “Revelation,” in contrast to its predecessors, ditches the frazzle factor for a lazy march, the bass motif and space bleeps producing funk. Rose’s Roar is still omnipresent though, so you can forget about reaching for that beer hat and thinking its safe to down strip down to your trunks. You can forget about a lot with Bloodlines, actually: if the rumours about tinnitus being cured by white noise are true, evry ringing you ever felt can be wiped with one spin of this vinyl. With its electric groan that could wake up Romero and after-effect of feeling sealed in a buoy, The North Sea’s second record for Type sees him joining the ranks of Xela, Indignant Senility, and William Fowler Collins: men with a nighttime penchant for opening portals to Hell. If you get your kicks from escalating hurricanes or are a soldier in search of the dragon, you need to buy Bloodlines today. If you’re a little less squeamish but still like piercing sounds, well… become a midwife or something. Take Bloodlines in with you anyway, though; it’ll sound cool on hospital radio. You can use it to bring people out of comas. And then kill them.