1. Close To You
2. The Golden Age Of Telekinesis
3. The Part Of Me Which Is That Part In You Is Now Dead
4. Yon Assassin Is My Equal

Other Records by Nurse With Wound 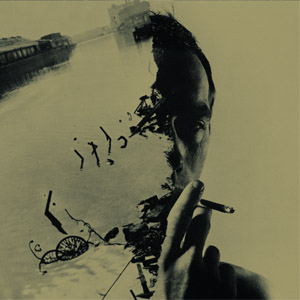 Steven Stapleton, who for thirty years has been recording under the moniker Nurse With Wound, is to music what David Lynch is to film: an ambitious experimentalist inspired by the brash antics of Dada and the trippy vibes of Krautrock, whose releases win glowing reviews (“Genius, pure unadultarated genius”) as well as biting critiques (“And no one seems to give a shit”). In some of his more recent releases, like Lynch, Stapleton has dredged the wretched from the mundane—in the Shipwreck Radio series, he and collaborator Colin Potter reworked field recordings from the fishing village of Svolvær, Norway into sonic flotsam; in last year’s Huffin’ Rag Blues, he highlighted the wasted dirtiness of Martin Denny-style exotica. But in The Surveillance Lounge, Stapleton, along with longtime collaborator Andrew Liles and a team of vocalists (including David Tibet, leader of the mystical folk outfit Current 93), dredge the wretched from outright squalor. Nothing if not a monument to panic-inducing terror, Nurse With Wound’s latest full-length gives us some idea of how it would feel to have one’s soul annihilated in the Black Lodge, the demonic lounge hall of Twin Peaks.

Creepy is a great word to describe some of the more memorable selections of Stapleton’s 122 collaborations, albums and singles, and it is an especially appropriate descriptor here. Based on a commission for a live soundtrack of F.W. Murnau’s 1922 silent film Der Brennende Acker—which delves into such heavy themes as greed, devotion, and death—the album’s four extended tracks are full of ghoulish drones, jarring transitions, and some of the most unsettling vocals (an unpredictable mix of jabbering, croaking, and clipped yelling) ever recorded. The mood reaches a fever pitch with the cracked-out horse race monologue of “The Golden Age Of Telekinesis,” driven by hypnotic percussion and accented with a child’s screams and bursts of high-frequency feedback. In terms of uncompromising hideousness, The Surveillance Lounge rivals the famously obtuse “game pieces” of John Zorn’s Cobra (2002) and the hilariously offensive Top 40 medleys of the Residents’ The Third Reich ‘n Roll (1976).

But many listeners will no doubt have lost their nerve (to say nothing of their patience) long before they reach the grating musique concrète freakout at the five-minute mark of “Yon Assassin Is My Equal,” and that would likely be the cut-off point for most everyone else. Frankly, even a Bastard Noise fan is bound to be at least a little disturbed by this one. I can scarcely imagine the right moment for anyone in any situation to sit through The Surveillance Lounge. If it had been released in the years when American troops were subjecting detainees to hours of tunes played at ear-splitting volumes, though, it would have probably have gotten a lot of play at Guantánamo Bay.