1. The Case of the Great Irish Elk
2. Swan Song Of The Humpback Angler
3. Our Gentle Life Together
4. The Sound Of Lies
5. Secrets Of The Fall
6. Moonlight/Twilight
7. Harmless Lover’s Discourse
8. Boy In The Yard 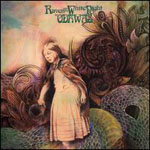 Odawas: Raven and the White Night 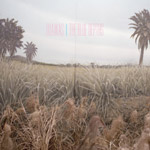 In my review of Raven and the White Night (2007) I made a reference to the aptitude of Odawas’ own description of themselves, something about being coddled within a warm cabin in the midst of a raging storm. As it turns out, the metaphor can be extended to The Blue Depths, but not exactly how I would have imagined: this is the album where the storm’s over but our protagonist refuses to come outside. Maybe he’s been too traumatized, or has become too comfortable with memories of past loves, but he’s remaining in solitude. Such insularity can be fascinating, but there’s always the possibility that fear and trauma can isolate an artist from his muse, that nostalgia can turn into boredom.

Luckily Odawas at least partially avoid this sinkhole by the newfound sense of elaborate production, which is both the best and worst thing about this album. Raven and the White Night was far from a straight-up folk record, but here all the band’s ’60s impulses have been utterly vaporized by an all-encompassing synth-heavy sheen that—even with the acoustic guitar, strings, and harmonica—suggests the duo are yearning for a kind of New New Romantic era. Much of The Blue Depths recalls early dream pop, a genre which (a staggering run of incredible Cocteau Twins albums aside) found a far more substantial niche in a grittier ’90s than the untethered ’80s sound Odawas embrace here.

Of course, decade allegiances don’t mean a thing—my point is that topping already listless, dreamy tunes with even more listless production can make it difficult to perceive any dynamics across the whole album. Odawas do make inroads towards changing it up, as with the swift percussion underneath “Boy In The Yard,” or the soft rock orchestral buoyancy of “Our Gentle Life Together,” but it’s hard to hear anything but the relentlessly slow pace and saccharine production. Michael Tapscott’s voice is still incredible—and the reverbed multi-tracking doesn’t hurt, even if it’s a long shot from the existential dread it evoked in the past—but songs like “Swan Song of the Humpback Angler” and “The Sound of Lies,” the densest most drum machine-heavy tracks here, ring false. It’s as if producer Isaac Edwards is trying too hard to light a fire under Tapscott’s achingly-slow harmonies.

Yet at least those tracks are more interesting than the sparer “Moonlight/Twilight” or the horrendously artificial-sounding “Harmless Lover’s Discourse.” And yeah, the haunting silence that accompanied tracks like “Alleluia” is completely absent, but the problem really isn’t a matter of the tracks being too overloaded so much that everything has the kind of self-conscious “studio album” feel that a lot of ’80s MOR had. Considering the fact that the songs themselves are more languid than ambitious—steeped in Neil Young-style hayseed imagery and art-folk paganism—you’d think the band would want to evoke something other than the technology behind the record itself. Perhaps if your cabin has all kinds of expensive equipment you start to lose the vision that provoked you into self-imposed isolation in the first place.