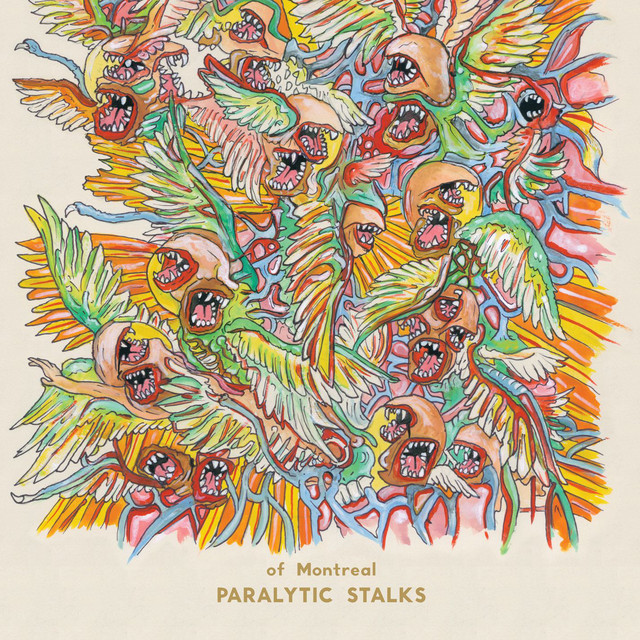 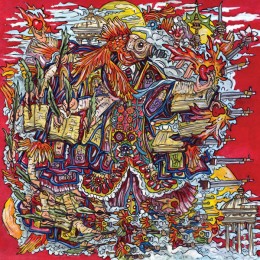 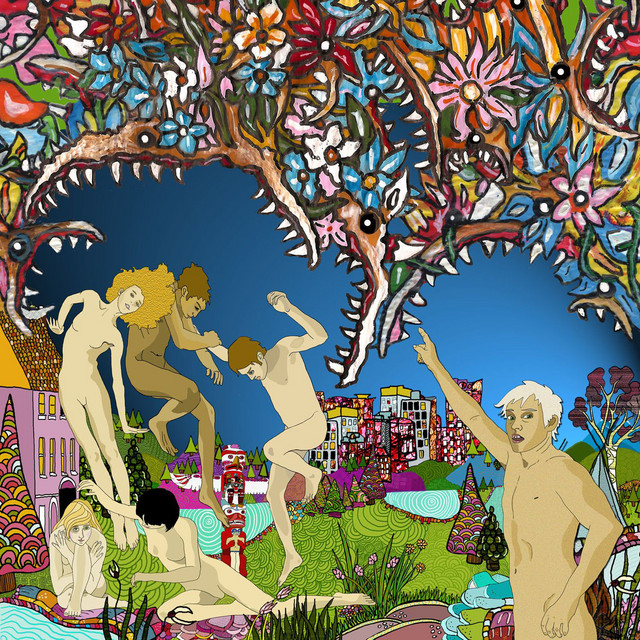 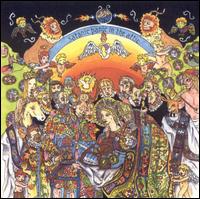 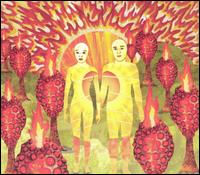 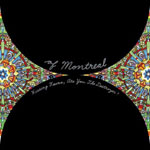 “I used to love these guys. Now I hate this guy.”
–Steve Albini, on the Replacements

It’s an admonition I’m fond of quoting: “Anyone who expresses contempt and loathing for a novel is a preposterous person. He or she is like a person who has put on full armor to attack a Hot Fudge Sundae.” One wants to always agree with Kurt Vonnegut, but let’s be honest. He’s dead, and we should live our days emboldened by an undeniable truth: that no one can be more preposterous than Kevin Barnes. I know no other word to describe a man who would release Skeletal Lamping, and expect the things from his audience he clearly does. He brags to all media he can about how difficult, inscrutable and weird the album is. The very fact of the record’s existence, however, seems to indicate his lack of confidence in it. Given that the record is so nominally personal and probing, it’s telling that there is not one moment of transcendence, or relief, or acceptance, or melody, or substance. It sounds like what it was meant to be: the fuck-you Art-album Barnes always wanted to make but never found himself in a position to. But it seems to me the process of his audience listening to it is meant to provide these things for him. The record isn’t all about him at all: it’s about us and what we can do for him.

That’s completely fucking offensive, and we haven’t even gotten to the part where he announces “I’m just a black she-male.” The conclusion, though, is inescapable: it’s not like the album is some whirlpool of dread, a long and hard self-inventory as mandated by twelve step recovery therapy. It feels silly getting worked up over this album, because sound alone it comes off as a particularly unmemorable and unfocused Of Montreal album. That would make it merely frustrating. What makes it infuriating is its lyrical content, a totally sideways reckoning of Barnes’ sexual identities and politics that, it must be said, has only come to fore in the wake of his recent success. He’s waving his dick around because he assumes he wants us to see it. This is the moment he’s been waiting for. And he feels most comfortable acting out his exhibitionism as Prince, who is no hermaphrodite, but is at least Black and therefore affords enough of a degree of otherness and mystery.

I don’t think that means Barnes is a racist, but I do think, as evidenced by Skeletal Lamping, his sexual role models come entirely from pop music, whose sole engine is Dionysian myth. Prince fulfills that so well it’s almost irresistible to try and up the ante. That Barnes does so proves he misses the point: Prince’s sexual come-ons were so funny, affecting, and satisfying because Prince believed. When he wanted to be Camile, there she was. When he wanted to fuck the taste out of your mouth and leave copies of The Watchtower on your mantle, that’s what he did. He didn’t think twice, he cut his losses, and wrote great material for all occasions. The approach Barnes uses on Skeletal Lamping is about as much fun as fucking your grandparents. We’re meant to see the “black she-male” and everyone else, even Kevin Barnes, as mere constructs, stepping in like characters in a radio play. What’s more, Prince always believed he was making party music. Kevin Barnes made this record for Kevin Barnes, and it’s clear that he hates himself.

And I mean, fuck. Is it too much to ask for decent tunes to buffet all of this? Or any of them? I can sing for you the hook of “Our Elegant Caste,” but that’s only because its lyric is “We can do it soft-core / if you want / but you should know / I take it both ways.” What happened to the guy who wrote “Eros’ Erotic Tundra”? Judging by the sound of it, he’s been blown to bits. Look here, you’ll find all those minor seventh vocal harmonies. Look there, you’ll find the Bacharachian chord progressions. Looking for a song? Some sort of narrative or structure to limn it together? Something that draws you in, makes you come back? Something you connect with on an empathetic, emotional level? Keep looking. “An Eludiarian Experience” comes the closest, and after so many minutes of skull fucking it sounds like a revelation, horn section and all. It is, anyway, until an awful tempo change, or noise, or something derails it. I couldn’t help but think, on hearing it the first time, that the sound was Barnes slapping himself for being so good. I can’t remember another instance where someone with such a clear talent as this willfully explodes it, then outright mocks it on so many levels.

It must be said that it is this facet that Alan seems to champion in his review, and there’s no denying that the album, like the splooge it so aspires to be, is a hot mess. But, while making a virtue of its absence of virtues is at least preferable to Barnes’ imputing meaning into the merely difficult, it’s an argument to which I take strong exception. At least, however, it is an argument: how anyone can feel indifferently about an album like this baffles me. Skeletal Lamping is the year’s defining album because it asks you to stand for or against it. It is like the final scene in Johnny Got His Gun: a man should rap his gavel and demand that the only question before us today is whether we are for this deformed, hideous, living corpse, or are we against it. If we are against it, let us shoot it swiftly through the head. If we are for it, you can go ahead and shoot me.