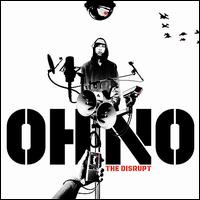 Madlib gestures to little brother Oh No with a hand that holds two blunts between its fingers. “Come here, man, I got some good shit for you, how you doing, how’s the album coming, you need some more beats, son? I’ve got millions.”

The sun’s a blob of orange and red melting in slow motion behind run-down projects and structures that scrape smog. Oh No stands in front, his lips moving, words dropping carelessly off them and into his pockets then out through the holes in those and onto his boots. “I’m here,” he says, “What you got for me? I need the good shit. String me out.”

Madlib throws the blunt at his little brother like when he threw car keys or the Stones Throw contract pen at him. Madlib nods, wants his brother to chill, to control, to maintain, to compose, to staunch the reckless flow of diction gushing out of the holes in Oh No’s hide. “Hang tight, man. I got ‘Right Now,’ right now… you know, son, the piano prancing, phaser play, bum-bum-boom bass gonna blow you up. You’ll be all ‘WTF’ at the squealing horns on short chain to a chugging drum. I’m gonna get ethnic on your ass, 'Chosen One.' I’m talking that calypso belly-dancer magic carpet ride shit. Then I’ve got some secondhand you can have, too.”

Oh No can already feel it. His head bobs, his lips blur faster, he jerks in double time, and his orifices open wide. “That’s cool, Otis, thanks, man, I appreciate, I’ve got my own muzak, you know, I’ve got a videogame number and hoe loving and some mellow ish and perceptions and my ideas and I want to be just like you, Mad, except that I’ll rap harder than you and won’t pull any of that helium-voiced Pee Wee Herman shit, which, I mean, yeah, works for you, but I’m going to be straight up, you know, these streets have gots to feel me…”

Madlib drapes his arm on Oh No’s shoulder and tries to plug the busting dam, but producer Kan Kick steams in beneath a scurvy jungle cloud and hands Oh No a roll of black meat, the girth and length of which would bring a flush to any cheek. “Take Another,” Kan Kick leers, “for blunted conversations.” Oh No blazes the torch until he’s in a woodland haze perverted by piping satyrs, and the pen and pad drenched in his overflowing lyrics pulls a Naked Lunch and becomes a talking bug. The living writ rasps, “Hey, take a hit… as long as you smoke, you’ll shine like a diamond ring’s bling.”

Over two minutes into the forest flame, Oh No’s mouth shifts to flapping flannel ludicrous speed, and the flow flies out of him, a fireworks display: “You started to trip now / I’m startin’ to trip / I put it back to my lips / Grabbing these girls’ arms with a passion / And eyes of a hawk / Watching they ass pass while I’m laughin’ / I’m ready to top / I’m ready for smackin’ and satisfaction / The ways of a dog / Territorial chasin’ the cat in…”

Grinning, Madlib removes his arm and steps back and praises, “Damn, son, that was dope!” With the motion little brother promptly collapses in on himself, now wasted into a pasta ruin of words seasoned with flecks of Mary Jane. Madlib mouths it: “Oh no.”