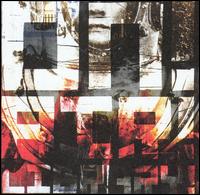 Tweet
Tagged along the corrugated flip-side of a Bladerunner billboard, On! Air! Library!’s eponymous release for Arena Rock is only a cellophane promise of the gunmetal black lights and digital virgin/whore waifs that light the kind of neo-noir for which this record seems to aim. Lost somewhere between blissful electro-pop and loggy, weak-kneed trip-hop cellulite, Library! stumbles too often over bland house beats and lackluster noise collages to carry the weight of repeated listens.

Which is sad, considering its first three cuts could be reason enough to dedicate some time to Claudia Deheza, Philip Wann, and Alley Deheza. “Faultered Ego” sprints from skittered drum machine standards into Achtung Baby (1991) riffs tempered by a light appetizer of the incessant synth drone that characterizes most of the record. With a much more subdued, less annoying use of the AIM door sound clip than, say, Drop Dynasty’s remix of the Dismemberment Plan’s “What Do You Want Me To Say,” “Fell To Earth” is plodding brit-pop joints muscled by drunk cymbals that totter on wobbly legs before dubbing out and getting into a full-on brawl. Claudia and Alley Dehazas’ vocals scissor beautifully on “Bread,” adding a bit more chamber melody to Galaxie 500-type dreamcore.

The remaining two-thirds of On! Air! Library! fail to register as well as these opening tracks. “User28” spends two minutes watching Echo and the Bunnymen lightly jump from one dinosaur egg to another before kicking in the whole Library! trio for a new wave head rush and subsequent breakdown. “User” doesn’t carry the same lush arrangement as “Bread,” dawdling more in hollow guitar reverb than providing a full backend to the thoroughly unexciting beginning, and therefore misses the same kind of impact as its predecessor. “Spaghetti Western Superstar” is Yo La Tengo killing time in a train station; one meandering, suffocating palimpsest. “Bambalance” drags a rehashed Pavement guitar line through Metal Machine Music (1975), and while the vocals are juicily frenetic, the rest is sloppy and trite. “Feb.” is Interpol-lite (Sam Fogarino guests on “Bambalance”), charming enough, but failing to go anywhere or do much of anything before shunting into sleigh bells.

On! Air! Library! noodles too far through R&B/indie pop/IDM backlogue filler to provide much more than cursory flourishes of late 80s Boston shoegaze. The band knows their shit, it’s true, and “Bread,” especially, proves that some incredible melodies are floating within their grasp. Unfortunately, Library! resorts too often to flashy, elementary techniques in lieu of solid songs. It smacks of empty calories.