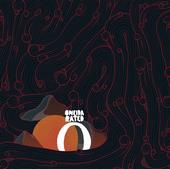 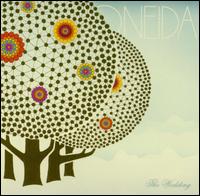 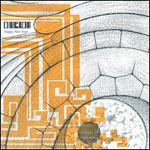 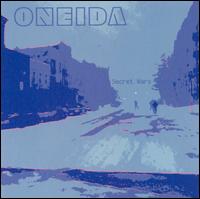 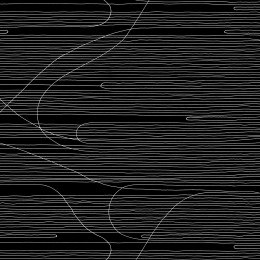 Up to this point, Oneida’s Thank Your Parents series has embodied the very essence of unpredictability. Already known for zigging when others would zag, the Brooklyn experimental quintet has seemingly built this loosely defined trilogy on the very basis of impulse: Preteen Weaponry‘s (2008) single, forty-minute jam was only somewhat conveniently split into three parts, while Rated O‘s (2009) three-disc, two-hour duration was, despite its representative sprawl, daunting even for Oneida completists. The through-line with these releases, however, has been their relation to Oneida’s prior work, which takes psych-rock as a foundation from which to branch out into left-field genres such as krautrock, minimalism, and free-improv noise-rock. As a continuation in the evolutionary course of Oneida, these records make a certain kind of sense, particularly with their one constant—virtuoso percussionist Kid Millions—anchoring the digressions and corralling the outsized ambition of the group like a one-man tractor beam.

Absolute II is something different. For one, there’s no Kid Millions in sight, at least not in his normal role behind the kit, meaning these pzieces drift and drag where most Oneida tunes grind and erupt. Their interest in repetition, however, remains undiminished. A majority of the music that make up the four pieces contained here is built on sharp keyboard tones that the band stretch, contract, and sever off into individuated little phrases and themes. In the case of opening track “Pre-Human,” that means a revving keyboard riff ballasted onto flat-lined machine hum, like Throbbing Gristle soundtracking Tarkovsky’s Stalker. When the loop unravels about halfway into the track’s ten-minute runtime, the piece inevitably loses its forward momentum, receding into a dank expanse where the ghosts of the Oneida machine almost imperceptibly haunt the outskirts of the mix. It’s the most intriguing piece here, not least because of its kraut-heavy groove and consistently evolving atmosphere, but also because it’s initial ear-ribbing hook. While not what anyone would consider melodious, this serrated riff casts a shadow over the proceedings, reappearing as a shifting, elongated tone sidling up against a wall of increasingly dense noise.

“Horizon” follows unimpeded and initially makes good on the scene-setting apocalypse of “Pre-Human.” The only audible vocals on the album make an appearance in the first half of the track, which is similarly designed as a two-part structure, but they’re manipulated so liberally that any trace of human intelligence is left for the listener to impart. Fighting through corridors of stacked, atonal synth and guitar noise, the vocal edits end up working not so much as footholds but instead as hypnotizing siren calls, guiding the listener further into the dark recesses of Absolute II‘s black heart. When this relatively concrete sonic agent sputters to a close at “Horizon”‘s mid-point, however, the band slip into a lower gear, playing up the incidental music angle that up until now had simply peppered these long-form compositions.

It’s a commendably committed move, slowly extricating as it does any semblance of the Oneida sound in hopes of arriving at a plateau of transcendence with only a modicum of tools. The results, however, don’t find them quite arriving at their destination. “Gray Area,” easy as it may be to say so, is just that: a self-conscious trip down the median between Absolute II‘s furthest poles. A spiked guitar riff opens the track amidst rippling generator tones, establishing an intriguing landscape that the band seems content to let fester. Never serene or involving enough to qualify as ambient and not nearly dynamic enough to work as industrial, “Gray Area” mostly spins its single idea across another ten minute divide, setting up the listener for a climax that never comes.

The closing title track fares a bit better, despite being the most blatantly placid piece here and working a similar trajectory to that of “Gray Area.” Rumbling ambiance floats uneasily across the surface of the track, while spindly bits of guitar jettison out from beneath the din. As the final track of a two-plus year project, “Absolute II” feels like an appropriate end point, as does— from a conceptual standpoint at least— it’s parent album. The album’s aesthetic conceit may read better on paper than it plays on record, but it’s hard not to be impressed by Oneida’s continued dedication to experimenting with what is now perceived as their core sound. And in a career marked by well-considered and calculated artistic moves, this final negation of the Oneida sound may be just what it takes to facilitate the band’s progression into this new decade without sacrificing the ideological intent of the project.