1. Story of the Whole Thing 2. Dad, There’s a Little Phrase Called Too Much Information 3. This Bum’s Paid 4. Hair Dude, You’re Stepping on My Mystique 5. The L Train Is a Swell Train and I Don’t Want to Hear You Indies Complain 6. “My Two Nads” (Dad Reprise) 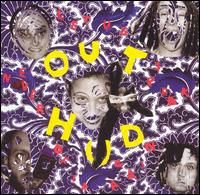 Out Hud: Let Us Never Speak of it Again 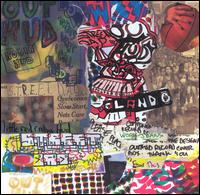 Tweet
As we hurtle toward our 2003 Year-End extravaganza, when we put together those "Best of" lists that are pure indulgent fun, I realize that we missed one album that cannot be overlooked--S.T.R.E.E.T.D.A.D., by Out Hud, who are, for all intents and purposes, the father of !!!. Sans a vocalist, Out Hud make atmospheric art-funk with an electro-organic flair.

But this is meaty stuff - while you could probably dance to almost every track here, none of them would actually get booties shaking in a club, owing to two factors. First, S.T.R.E.E.T.D.A.D. is an album chock full of dark emotional weight. Second, the beats on S.T.R.E.E.T.D.A.D., while relatively simple, are not traditional dance beats. The rhythm gets slightly tweaked, elements often get radically shifted around, and the songs maintain such an evolving dynamic that it's hard to just shake your money-maker at any consistent rate.

And when it comes down to it, it really is that shifting, constantly evolving dynamic which makes this album so good. Shifting loops find themselves reconstructed and deconstructed, light electronic touches are painted over the living soundscapes, loops can work themselves through a song to blindside you with power when they burst through the surface, and, as a testament to their restless creativity, Out Hud almost never stay with a single arrangement for more than 4 beats in a row. Their guitars are consistently funky and reverbed, the bass is always excellent, and everything else therein is a matter of variations and manipulations of space. All of which is done endlessly, and superbly. "Dad, There's a Little Phrase Called Too Much Information," employs these strategies to stunning effect, with an angry synth working its way into a buzzing hurricane of high-range sound before simply disappearing to let guitars take over at the cathartic conclusion. Each track is carefully thought out (and they have to be, there are only six, making a 39 minute album), and orchestrated - these guys know what they're doing, and they get every detail right. A thoroughly excellent, if not completely innovative, debut.