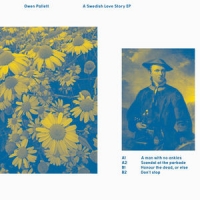 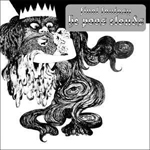 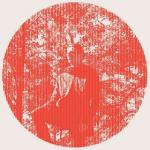 With the release of Heartland, Owen Pallett’s first album for Domino and thus his first to receive serious international distribution, the artist known as Final Fantasy has abandoned that stage name in favor of his given one. And, though he’s a singer-songwriter and performer who employs looped violins as a focal point of his live sets, never has more separated him from other singer-songwriters he’s been compared to (read: Andrew Bird). While both are violinists and writers of quirky pop songs, on Heartland Pallett simultaneously jettisons such comparisons and reins in his eccentricities. Though more straightforward than his last record, 2006’s He Poos Clouds, these songs are rarely predictable, and compelling moments emerge from unexpected places.

Pallett has described this as a concept album—“a narrative [of] one-sided dialogues with Lewis, a young, ultra-violent farmer, speaking to his creator,” that creator being Pallett himself, but don’t let this deter you; there’s nothing resembling fantasy novel exposition. There are reoccurring characters, places, and perhaps even events, but their presence never detracts from his music, which has never been more approachable. The few moments that skirt such territory, like “Lewis Takes Action (“The stony hiss of cockatrice has cast us into serfdom”) or “Oh Heartland, Up Yours!” (“From the wight lying in the barrow / to the priest with his broken arrows”) get by on the strength of their melodies, delivered with total confidence.

Heartland also succeeds on the strength of its arrangements, which differentiate drastically from song to song. “Midnight Directives” is driven by the sound of rapid-fire pizzicato and a snare’s intermittent presence; “Red Sun No. 5” is dominated by synthesizers; and “Lewis Takes Action” turns bafflingly addictive through the ubiquitous “Be My Baby” beat. Present throughout almost the entire record are the Czech Symphony Strings and the St. Kitts’ Winds, and Pallett’s upgrade from the quartet of He Poos Clouds to a full-blown orchestra pays off. The string and horn arrangements almost always complement these songs’ basic components, yielding moments like “Lewis Takes Off His Shirt,” where the horns that underpin its chorus build to a soaring string line without pulling focus from Pallett’s voice.

As a consequence, more than anything else it’s Pallett’s playfulness that comes to define this record. Its predecessor contained some of my favorite songs about the Legend of Zelda franchise, death, Toronto real estate agent Brad Lamb, suicide, composition, and ways to die; here, he uses the setting of Spectrum and the concept of the one-sided dialogues to explore self-destructive narrative in song. Heartland‘s penultimate track, “Tryst With Mephistopheles,” sees its narrator declare his love for Owen, drive an “iron spike” into the singer’s eyes, and assert that “the author has been removed” before the most triumphant, ascendant horn line of the entire album comes in. He follows this immediately with minor-key strings and “What Do You Think Will Happen Now?”, a song entirely devoid of orchestration or any arrangement beyond piano and voice, as if Pallett-as-creator’s ceasing to exist takes with it the entire instrumental framework of the songs preceding it. On “E is For Estranged,” he states that “If pathos is borne, borne out of bullshit—in formal attire, / I’ll score you a string ensemble,” seemingly rendering the methods in which he works for much of the album insincere. His words, like his music, are intricate and affecting; other songwriters like Dan Bejar create a similarly self-referential world of potentially empty signifiers to play with, yet the many moments of lucid lyricism throughout Pallett’s work indicate that he’s attempting something else here, though what precisely that is remains hidden within songs as tuneful as they are puzzling.

What’s clear, however, is that Heartland is a huge leap for Pallett on every level. These are the most accomplished songs he has written, and he makes up for the ground he cedes—predominantly his willingness to present conventional, immediate song structures—by making everything else so uniquely his own. For me, at least, with Heartland he’s no longer just a great violinist/arranger (for Arcade Fire, Grizzly Bear, Pet Shop Boys, Beirut, Mountain Goats, and so many more) who happens to release somewhat low-key singer-songwriter records, but Owen Pallett, a craftsman of exceptional pop music in his own right.