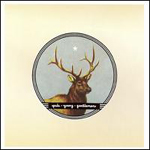 It’s time for us to let our collective musical cat out of the soul bag. It’d do us all some good to throw open that closet door on a shared skeleton. We’ve held this in for too long already. Okay, deep breath. Here we go:

Viva La Vida is a good album. Not “pretty good.” Not “okay…for Coldplay.” It’s good. It’s not a “great” album, but it’s a nice, big, throbbing, solid good one.

Phew!! That was great, wasn’t it? Man, we feel so much better now. And, yeah, it helped that Brian Eno was brought on board, but laying Viva‘s whole success at Eno’s feet is just a sneaky way of only half-making the confession.

And this is important, not just because repression can cause ulcers (Get my drop, Babs), but because once we admit that Coldplay, the band, can make a good record we can, without reservation, enjoy “Our History.” If we can’t enjoy “Our History,” which by all accounts sounds like a particularly fleshed-out Coldplay track, then we’re gonna go to sleep on a great little indie record by a great little indie band who’s already released a great record last year that you might’ve went to sleep on. So right out the gate you’re behind, and admitting that Coldplay’s last album was no-qualifications-good is the first step to catching back up.

Black Forest (Tra La La) doesn’t particularly sound like Coldplay as a whole, but it is one of the prominent notes struck by the album. Here, as on their last effort, probably the most well fitted referent is Andrew Bird, but Forest flattens the jubilant hop of Pale Young Gentlemen into a cluster of songs much darker and more expansive. The addition of new members, and thus new instruments, to the band’s studio incarnation means a winding sprawl, with almost every track possessing a unique texture. The varied effect couldn’t properly be called dissonance though. Actually, without meaning to sound too cute, the effect is akin to different trees in a forest, entirely distinct but entirely related.

The connecting strand—the root structure, say—seems to be that every song on this album, and most of the ones on the last, sound old. Not vintage or rediscovered, but as if conceived in a sepia-treated age. See, this record can seem like a sheaf of a document of what pop music would have been in the old days. But like, the really old days. Ye olden days.

“The Crook of my Good Arm” and “Kettle Drum (I Left a Note)” are court minstrel pop, Chaucer pop, amber leaves carpeting the path in Nottingham Forest pop. “I Wasn’t Worried” is a beautifully languid and melancholy song partially about feeling lost in the present, hanging by a thread. Pale young lead singer Mike Reisenauer bites a Cormac McCarthy metaphor to get his existential dread across: “They robbed an answer from the pockets of the good old days / It was simple up to then / Now I hold the fire in a worried way / I guard the fire from the wind.” Much of the allure of Black Forest emanates from these slower songs serving as showpieces for the bands orchestral chops—check the quivering strings signaling a mellow time signature shift complete with a xylophone in “Kettle Drum (I Left a Note)”—but every once in awhile it dares you to hike up your three quarters trousers and click thine heels. In this mode Black Forest is the kind of work that would have been commissioned if King Louis decided to have a sock hop at Versailles.

So it’s unique in that it hints at a historical pastiche that never existed. A neat little trick in itself, but it’s a neat little album overall, an album with striking moments generously and evenly applied from opening to closing. It’s an album that goes about reluctantly wedding past and present influences, impressively, and refreshingly favoring the former. So I’m sorry that we all had to lose some cred up there at the beginning of the review, but look at the bright side: unlike Viva, you’re not going to have to hide this one under an old issue of Adbusters when you have your friends over.