Other Records by Palomar 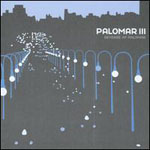 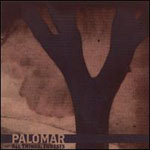 Exactly what the hell have the ladies (and man) of Palomar been eating since the release of 2004's Palomar III: Revenge of Palomar? Are they royally pissed that said (very good) album received no promotional push whatsoever? Do they sense an opportunity to fill a gaping void now that Sleater-Kinney has gone missing and Marnie Stern is ever so slightly annoying? Such questions bear asking only because I don't think anybody, let alone Palomar themselves, could have predicted the high levels of rawk action that comprise the finest tracks on their latest release All Things, Forests. The appealing female harmonies and power pop hooks on which they made their name remain, but now everything's nestled within bracing distortion pedal workouts that will initially leave the band's fanbase scratching its collective head before raising fists in rock triumph!

Palomar's first three albums showcased an above average power-pop act with tasteful guitar fuzz and witty lyrics courtesy of frontperson Rachel Warren. Had any of their records been released in 1994, and on, say, 4AD, they'd have probably guest hosted 120 Minutes and toured the country with Belly or something. But 21st century tastes and shitty luck with record labels have mostly relegated Palomar to a treat for the east coast; they tour actively enough to establish themselves as a viable entity, but not so much that the bass player can't attend graduate school between records.

Provided it gets the proper exposure, All Things, Forests might be the record to change all of that. It's as hook-laden as Palomar's earlier material but buoyed by newfound levels of confidence, resulting in the kind of bona fide ROCK songs that I previously believed held little interest for the band. It helps that All Things, Forests marks the first time, relative to their previous release, they've recorded an album with no personnel changes, and in Britt Myers (me neither) they've found a producer unafraid to give drummer Dale Miller (a blonde, surfer-ish dude in the vein of the Foo Fighters' Taylor Hawkins) the arena rock sound that his steady pounding so deserves.

But the layers of guitar ruckus remain the biggest surprise. Again relative to prior releases, Rachel Warren's vocals and lyrics are undercut with palpable degrees of frustration, whether record-industry-based or otherwise, and she and second guitarist Christina Prostano beat back the doldrums by stomping on their distortion pedals. While Palomar has never apologized for being a two guitar band, they've also never rocked this hard in their recorded lives. This is in full evidence on "How to Beat Dementia," where the vocal disappointment in an otherwise peppy verse is met by a wordless chorus consisting of the densest display of psychedelic fuzz this side of the last Boris record. "Beats Beat Nothing" mines similar territory, but relies on group harmonies for the album's most memorable chorus before gunning for an arena rock ending augmented by Miller's insistent pummeling and a pull-the-plug ending. The deliberate quiet/loud stomp of "He Came to Stay" actually calls to mind Sleater-Kinney's "Steep Air," its bracing distortion only giving way to an ominous bass line and solitary kick drum motif that signals its denouement.

There's no question that All Things, Forests generally finds Palomar, or at least Warren, in a somber mindset, but the sense of humor once responsible for song titles like "Fried Palomari" and "You Dance Bad" hasn't been entirely excised. The album begins with the band yukking it up while audibly chatting about the fire bucket that serves as a snare drum on "Bury Me Closer," and I sincerely hope that the first seven seconds of "Top Banana" is an intentional homage to the Strokes' "Hard to Explain." Not every song is a guitar bruiser either. The round robin lead vocals and soaring chorus of "You're Keeping Us Up" hews closer to the twee-pop moments on Palomar II (2002), and "Bury Me Closer" could practically be a lullaby were the lyrics not a plea to be placed six feet under.

If Palomar's grimmer worldview has created an impetus to crank up the guitars, then so much the better. All Things, Forests revels in the confidence of a crack set of hard-sugar songs with pedals set to kill. Whether or not it will garner them a wider audience is anyone's guess, but it's clearly their strongest effort to date and, so far, some of 2007's most satisfying rock and roll.