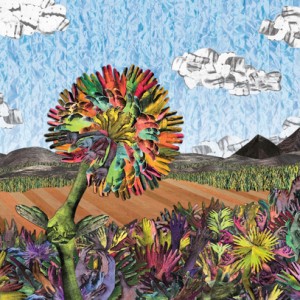 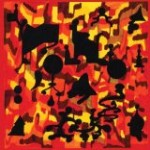 My austere editor Chet Betz discourages occasional hot flashes of wide-eyed fan boy gusto, rewarding overexcited first drafts with a severe eye and a rap on the knuckles. Still, risking his (possibly intoxicated but no doubt loving) wrath, let me be up front about this: the moment when the horns take an already raucous and contagious "Fractured Skies" and kick it into hyperspace is worth whatever you see this album selling for. Every subsequent moment is just bonus material.

Just like their fellow Jagjaguwarites Oneida, Parts and Labor cast over traditional song structures an urban sense of style and then proceed to play those songs with such exuberance as to give the music the feel of something entirely novel and fresh. Certainly, their Brooklyn label can't seem to do wrong these days; it's been just over a year since 2006's Stay Afraid, and with Mapmaker one can't help but visualize Parts and Labor on a tear, a junkyard monster pawing at the sleeve of the commercial. It's such a stunning leap from what they released just a year ago, which itself was quite a step up on their preceding split release with Tyondai Braxton, Rise, Rise Rise (2003). Though the most accessible album from Parts and Labor yet, Mapmaker may still end up the ballsiest entry on 2007 year-end lists.

What separates Mapmaker from albums that simply discard idiosyncrasy in favor of user-friendliness is the way the Brooklynites haven't sacrificed a modicum of their personality. Almost every song still contains the band's signature dentist drill keyboards, punk rock tempos, and post-rock rhythms, but infuses them with a kind of melody heretofore treated as anathema. "Unexplosions," for example, is like the Constantines' "Draw Us Lines" in that it uses the kinds of impenitently anthemic chord progressions and drums one would likely find on a U2 or Springsteen record. Closer "Knives and Pencils" blankets an astonishing variety of rhythmical dynamics with a noise-rock veneer that eventually disintegrates into noise, but nothing about it is belligerent or standoffish. And, though "Fractured Skies" may be the best track here (or of the year, for that matter), the absolutely lovable "The Gold We're Digging" is, ultimately, the album's most surprising and danceable number. Its opening seconds and adrenaline-inducing close sound like an overachieving, blue-collar Metric. Then the hyper-Celtic "New Crimes" throws itself a parade, an explosion of celebratory adolescence under a rain of fiery debris, and all bets on favorite track are off.

Now that Parts and Labor have the obligatory difficult releases behind them, Mapmaker should firmly establish them as a band to keep an eye on. Drummer Chris Weingarten has jelled with his bandmates after replacing Joel Sandino, and his textural, instinctual work here is the force that propels songs like "Long Way Down," "Brighter Days," and "Fake Rain" past the fact that they're essentially straightforward pop structures with a coat of industrial-strength paint. Partnered with Battles' Mirrored, 2007 looks like it's going to be a banner year for bands who sound like they simply love to play their instruments.