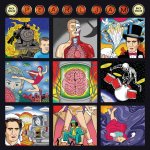 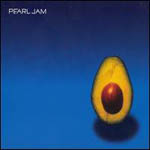 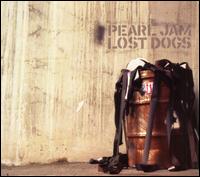 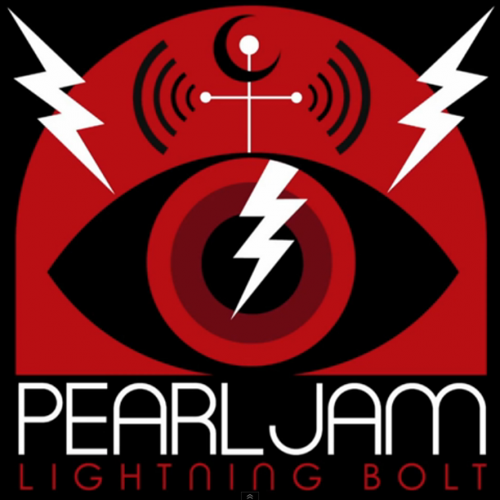 The World Series has begun. And with it, the forty-eight (!) songs from their back catalogue that Pearl Jam licensed to FOX Sports to use during the broadcast. Pearl Jam have never attempted to hide their love of America’s pastime, from palling around with pitcher/rocker “Black” Jack McDowell in the mid-‘90s to a recent gig at Wrigley Field that, much like an actual baseball game, was beset with epic rain delays. But licensing on this level is somewhat unprecedented behavior, though certainly an upgrade from the snippets of old Widespread Panic songs that the FOX producer dudes usually use between innings. And why is it exactly that they needed forty-eight songs? I understand crowd pleasing bangers like “Alive” and “Corduroy,” and Backspacer (2009) single “The Fixer” already made it presence felt on FOX the last time a Pearl Jam record was released during the World Series. But forty-eight? Are they saving those shadowy Binaural (2000) deep cuts for a pre-game commentary on the PED scandal? Pearl Jam’s (2006) “Inside Job” to slyly side with Alex Rodriguez in his paranoid tirade against Major League Baseball? As indifferent as I am to the Red Sox and Cardinals, it’s an intriguing gimmick that I’m curious to see play out, especially if it goes seven games.

Ironically, the one Pearl Jam song that does directly employ baseball metaphor, Dubya-era knee-slapper “Bushleaguer,” will not be heard because not a single song from Riot Act (2002) was licensed. This was rumored to be because while Rupert Murdoch is apparently A-OK with the pro-choice likes of “Porch” and policeman bashing of “W.M.A.,” Bush-hatred will not be tolerated. But maybe, just maybe it was because Riot Act completely sucked? That album is such a discography blemish that my friends and I started using it as a verb to describe the actions of a band clearly so disinterested that they’ve been reduced to simply releasing “product” into the market (e.g., “I liked Sky Blue Sky [2006] OK, but man, Wilco totally Riot Acted with Wilco: The Album [2008]”). So it’s to Pearl Jam’s credit that they realized a correction was necessary, and by ditching most semblances of art-rock pretension while playing to their strengths as the American answer to the Who, the lion’s share of Pearl Jam’s post-Riot Act output has been highly enjoyable.

Lightning Bolt does nothing to alter this positive trend, being arguably Pearl Jam’s strongest top-to-bottom effort since Yield (1998). Eddie Vedder and co. can generally be relied upon not to phone it in, but there’s an unquestionably high level of effort here, resulting in some of the most commercially viable Pearl Jam songs in years. And this is a good thing! Pearl Jam is generally at their best when aiming for the nosebleeds, and more anthems for the three-hour-plus Caucasian bro-mance of their live show is always welcome. Like Backspacer (2009) before it, Lightning Bolt comes on big and brash, with a trio of old school drag racers suggesting at heart what Pearl Jam really wanted to be was an ’80s hardcore band. First single “Mind Your Manners” deftly occupies the “punk tantrum” slot the band once established with “Spin the Black Circle,” but “My Father’s Son” is far more fun: an Ament-driven track where Eddie howls for a reprieve from his gene pool over audible bass lines, a rarity on any Pearl Jam album.

So far, so competent. But it’s not until Lightning Bolt’s fourth song that things take a turn for the highly interesting. Pearl Jam are certainly no strangers to balladry, as anyone who slow danced at their high school prom to “Black” would tell you. But “Sirens” marks the first time it sounds like they wrote a song explicitly for inclusion on the next Hunger Games soundtrack. A swelling, six-minute mortality ballad that would have dominated the airwaves in 1996, it’s sung with a degree of Vedder earnestness bordering on self-parody, with a Mike McCready guitar solo equal parts Gilmour and Slash. It’s already several fans’ least favorite Pearl Jam song; I happen to think it’s brilliant, but it’s at least evidence that they won’t be satisfied with complacency.

It’s on the title track and “Swallowed Whole” that Lightning Bolt cements itself as a particularly strong tenth album. Despite the overuse of Eddie Vedder’s “strong woman as force of nature” metaphors, the former song deserves to be a live staple for years to come; it’s a rousing anthem as memorable as anything on Vitalogy (1995). The latter grafts Murmur (1983)-era R.E.M. jangle to Who’s Next (1971) explosiveness, and in doing so results in arguably my favorite Pearl Jam song since “In Hiding.”

Lightning Bolt isn’t entirely bereft of a few clunkers from a band that’s old enough to know better, culprits here being the Vedder finger-wagging lecture on the John Mayer-ish “Infallible,” and pointless glam stomp of “Let the Records Play,” which is literally about a guy who breaks out a shot glass and vaporizer to do exactly that. But it doesn’t completely limp to the finish like Backspacer (2009) did, and its best songs achieve highs akin to Pearl Jam’s finest ’90s works. And let’s all agree that it’s a good thing to see hugely popular grunge-era bands still concerned with being relevant in 2013, even if that means providing a soundtrack to Carlos Beltran’s home run prowess or your frontman telling Rolling Stone that he’s not looking to make the best Pearl Jam album, but simply “the Best Album.” While Lightning Bolt may fall somewhat shy of that goal, it is a more than solid effort to satisfy the legions of fanboys born between ’77 and ’84, and a convincing argument for their continued existence.